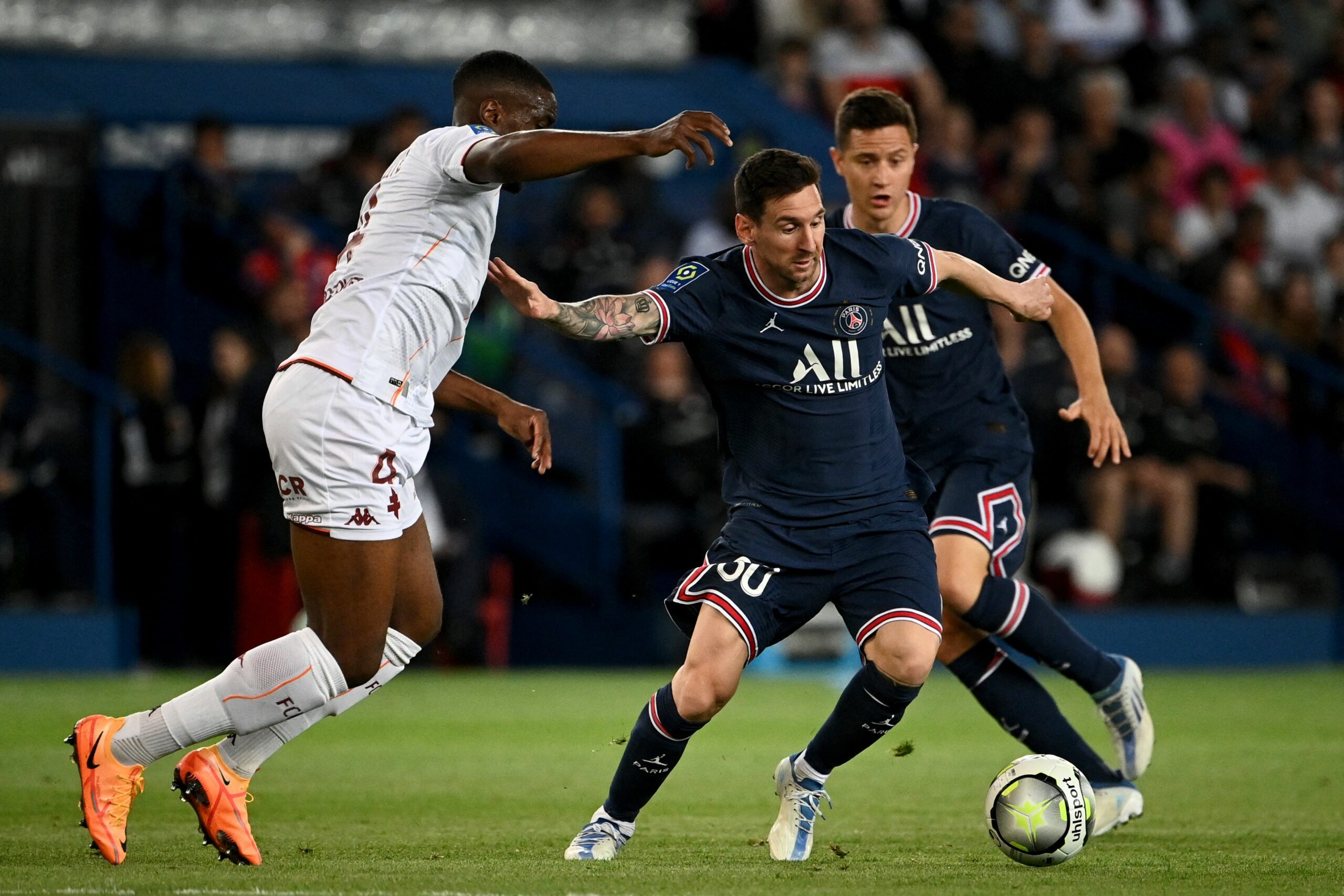 Lionel Messi’s first season at Paris Saint-Germain was over in the blink of an eye after leaving Barcelona and was not a pleasant one.

The Argentinian forward was flying in the Blaugrana shirt, arrived at PSG and suddenly seemed a shadow of his former self.

PSG signed one of the greatest footballers of all to win the Champions League, but that is still a dream for them as it is for Messi, who has not won the tournament since 2015.

With a star-studded team, winning the league title alone is not enough to satisfy the fans. PSG supporters booed Messi as a result of his failure in the Champions League knockout match against Real Madrid.

After spending nearly 17 years with Barcelona, Messi struggled to adapt at his new club. He also didn’t enjoy playing for PSG, as seen by his approach on the field.

Constantly being injured throughout the season and being COVID-19 positive fdid not give him enough time to settle down and focus on the field.

On that basis, Messi may prefer to forget about his first season performance for PSG.

After having a bad season in front of goal, there are some questions (not posed by us at Football Today) about whether Messi is ‘finished’ or not.

After scoring 30 league goals in the 2020-21 season for Barcelona, Messi netted six goals in Ligue 1 last season which is not good enough for a player of his stature and salary.

However, it is worth asking whether Messi is solely responsible for his poor form, or if Mauricio Pachettino’s tactics are to blame. At least the statistics show something different.

Messi averaged 3.72 shots per game for PSG last season, 1.17 of which were on target. That statistic is much worse than the past few seasons. In other words, Messi struggled to get to the position to take shots.

Messi’s expected goals also decreased significantly. His expected goals in his last season with Barcelona were 23.8, a number that has dropped to just 10 in his first season at PSG. Although a finisher like Messi has scored fewer goals this season than expected, Pachettino is also responsible as a coach for failing to utilise one of the best goalscorers of all time.

Last season, Messi was seen playing the role of right-winger on paper. However, he has been seen most of the time slightly over the halfway line. The Argentine, who is no longer the PSG coach, played Messi as the team’s key playmaker. That’s why Messi didn’t get enough chances to go around the box.

Most of the time, Barcelona’s build-up and attack were Messi-centric. Just as Messi attempted line-breaking passes to his teammates from midfield, his teammates waited for him to come around the box to attempt a shot and score. But, at PSG, Messi was behind Kylian Mbappe, Neymar and Angel Di Maria in terms of getting near the opponent’s box.

Messi’s heat map also shows that he did not get enough chances to enter the opposition box.

As a result, Messi had fewer opportunities to attempt shots on goal. When he did, most of those were from difficult angles from which he was unable to score.

However, with Barcelona, ​​Messi tried to score goals by entering the box from midfield alone and succeeded, which was not seen enough last season.

Looking at the heatmap of Messi’s dribbling for PSG last season, it is clear that he often tried to dribble towards the opponent’s box from midfield, but either failed to hold onto the ball or passed to a teammate nearby.

Lack Of Chemistry With Teammates

While at Barcelona, the synergy between Messi and Jordi Alba in the opponent’s box was phenomenal. After Dani Alves left Barcelona, a big part of Messi’s goals came from the duo’s incredible understanding on the pitch.

Messi went from the right to the left half-space in order to take shooting attempts from Alba’s cutbacks. He attempted long through balls, with Alba coming through the left flank and running towards the box. Alba’s cutbacks found him on the edge of the box for a shot.

But PSG’s left-back Nuno Mendes was unable to build chemistry with Messi, mostly due to the Portuguese’s playing style.

Mendes, unlike traditional left-backs, prefers to stay a little above the midfield line during the attack, rather than overlapping and moving close to the opponent’s box, which is clear from his pass-receiving map which is shown above.

He prefers to move to the opponent’s box while dribbling from there instead of taking an overlapping run through the wide area, as he is quite confident with the ball. This results in two problems:

Firstly, Messi’s trademark line-breaking passes into the left wing were ineffective as Mendes did not overlap and get into the final third.

If we see the heatmap above of Messi’s pass targeted to Mendes, we can clearly identify that Messi couldn’t get enough chances to give line-breaking passes, rather he had to pass to the left half-space most of the time.

Messi is mostly forced to pass to Neymar or Mbappe, who are slightly more in the middle. Being forwards, Neymar and Mbappe are naturally taking shots on their own without waiting for Messi to come from outside the box.

The second problem is a little more complicated. We often saw Messi cut multiple players out of the opponent’s box and try to get into the box and take a shot at the goal. But in most of these situations last season, Messi had to face additional problems. Mendes is also indirectly responsible for this. As we said before, Mendes prefers to get into the final third by dribbling the ball instead of taking an overlapping run on the left wing.

That’s why when Messi cut inside from the right and tried to enter the box by dribbling through Zone 14 or the surrounding area, Mendes was usually seen standing in the left half-space outside the box. In this way, both the opponent’s right-winger and right-back had been more focused on Messi. That’s why it has become very difficult for Messi to take on so many opponents and take a shot at the goal.

If Mendes had made a run from his position, he would have got the attention of one or both of them, and Messi would have had a chance to dribble a little more swiftly. In this way, Messi could not get into the box directly, but even if he exchanged one-two passes with Mendes, he would get a chance to take a shot on goal.

It is also debatable whether Messi lacks sufficient understanding with Mbappe. However, in this case, their position is more responsible than their understanding on the field.

Messi has spent most of his time in the right half-space or in the middle of the pitch, whereas Mbappe has been in the left half-space. Messi is a left-footed player and Mbappe is right-footed, and both of them were on opposite sides of the field. That’s why both of them had to use their weak foot if they wanted to make quick one-two passes between each other in order to penetrate the opponent’s near the box.

Now the question arises – how did Mbappe manage to score so many goals from Messi’s passes? The answer is quite simple – Messi was far behind Mbappe in the final third, which allowed him to attempt line-breaking through passes to Mbappe with his left foot.

But practically every time Mbappe’s position was much above him, Mbappe was unable to pass to Messi. Although Messi came close to the ball a few times, it was obvious that a striker like Mbappe was trying shots at goal rather than providing a square pass to Messi to allow him to score.

If we examine the key passes of Neymar, Mbappe and Mendes, we can see that a huge portion of them were directly outside the box or on the left side of the box, making it difficult for Messi to score directly. That was a key reason why Messi had the worst season of his career last season, unable to take enough shots from a scoring position.

Putting aside Messi’s disappointing goal-scoring form, he enjoyed another fantastic season as a playmaker. Despite some difficulties adapting to PSG’s style of play at the start of the season, playmaker Messi’s performance has significantly improved over time.

Messi had 14 assists in just 26 games in Ligue 1. He excelled in almost all areas, including line-breaking passes through the box, entering the final third with the ball from the midfield under pressure, or attempting progressive passes.

From the pizza chart above we can see that even if Messi’s scoring form was not that up to the mark, his playmaking ability was still world class.

Differences between Messi and other strikers of Europe’s top five leagues in terms of creating chances are as clear as daylight with this above chart. Either creating direct chances or creating chances through his teammates, in both ways Messi is far ahead of everyone else.

Messi was also ahead of most of the top midfielders or forwards in Europe in terms of progressing the ball forward, either with passes or carrying the ball. That means he tried to make up for his poor goalscoring form with his world-class playmaking ability.

Messi’s first season with PSG was far from Messi-like. He had many difficulties adapting to his new club’s surroundings. And, as we can see, it had a significant influence on the pitch.

However, with a year at PSG under his belt and under a new manager, Messi should have every opportunity to return to his goalscoring best next season.