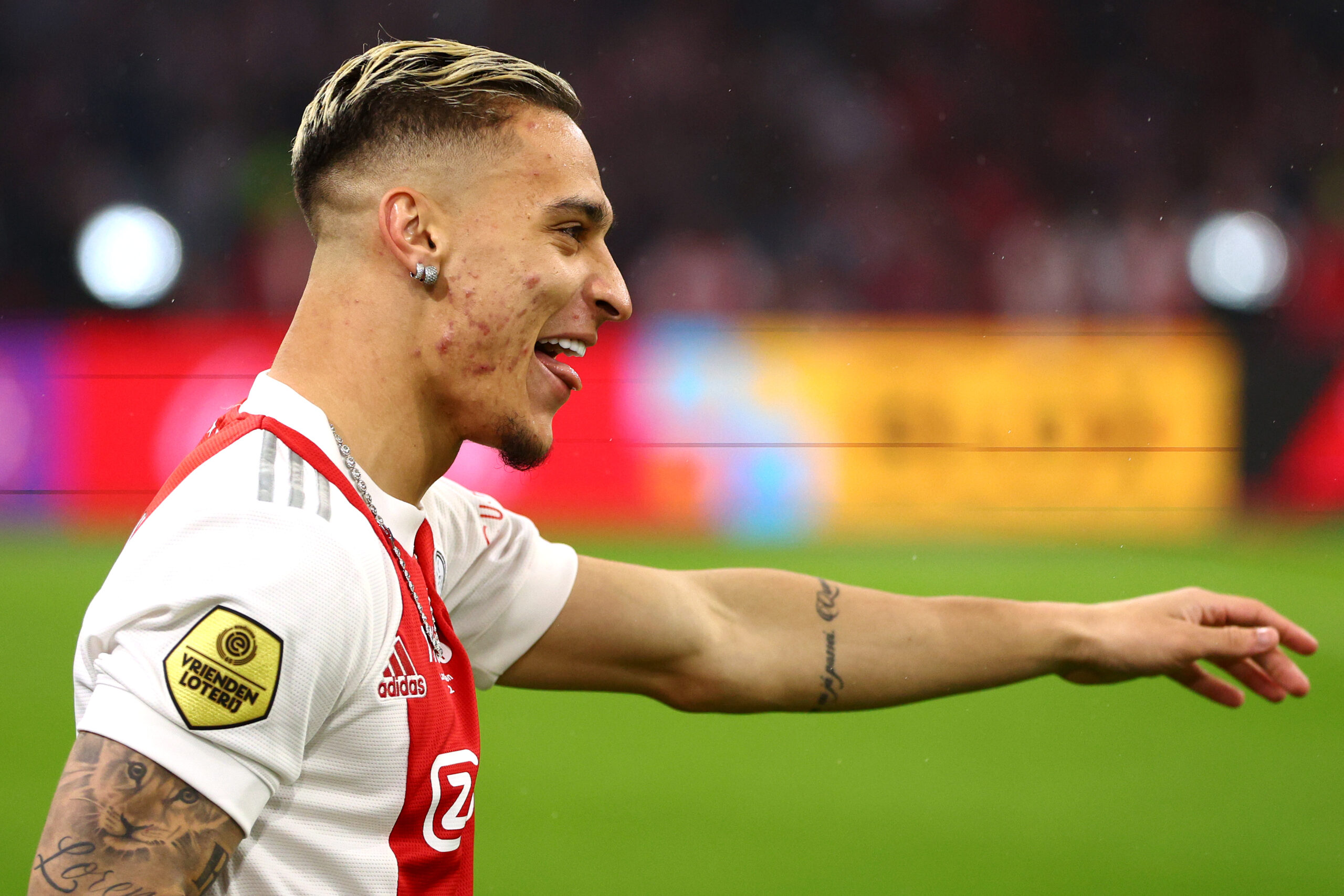 Manchester United have launched an opening bid of £51 million to secure the services of Ajax forward Antony, according to Goal’s James Robson.

The Eredivisie champions are holding on for £68m for the Brazilian international, who is keen on a move to the Old Trafford outfit.

Antony has caught the eye of several top clubs across Europe with a string of impressive performances during his two-year stint at Ajax.

The Brazilian international rose through the ranks at Sao Paulo before completing a £14.2m move to the Johan Cruyff Arena.

Signed to replace Hakim Ziyech, the 22-year-old hit the ground running, netting 10 goals and providing eight assists to lead de Godenzonen to the domestic double in his first season.

He continued his stellar display in the 2021-22 campaign, scoring 10 goals and setting up nine in 30 appearances across all competitions as Ajax clinched their 36th league title.

United are one of several clubs heavily linked with a move for Antony as new manager Erik Ten Hag looks to add more firepower to his attack.

Ten Hag is a firm admirer of the 22-year-old following their time together at Ajax and is prepared to make him the club’s second signing following the arrival of Tyrell Malacia from Feyenoord.

While the Eredivisie outfit have reportedly slapped a £68m price tag on Antony, the Red Devils have put forward an opening bid of £51m.

Antony is contracted to Ajax until 2025, and the Dutch heavyweights are hoping to fend off interest and keep hold of the Brazilian forward for another season.

Newly-appointed manager Alfred Schreuder said, via Goal. “It is clear that we want to keep that boy.

“I think he still has a contract until 2025. I really want to work with him – he knows that, and the club knows that too,”