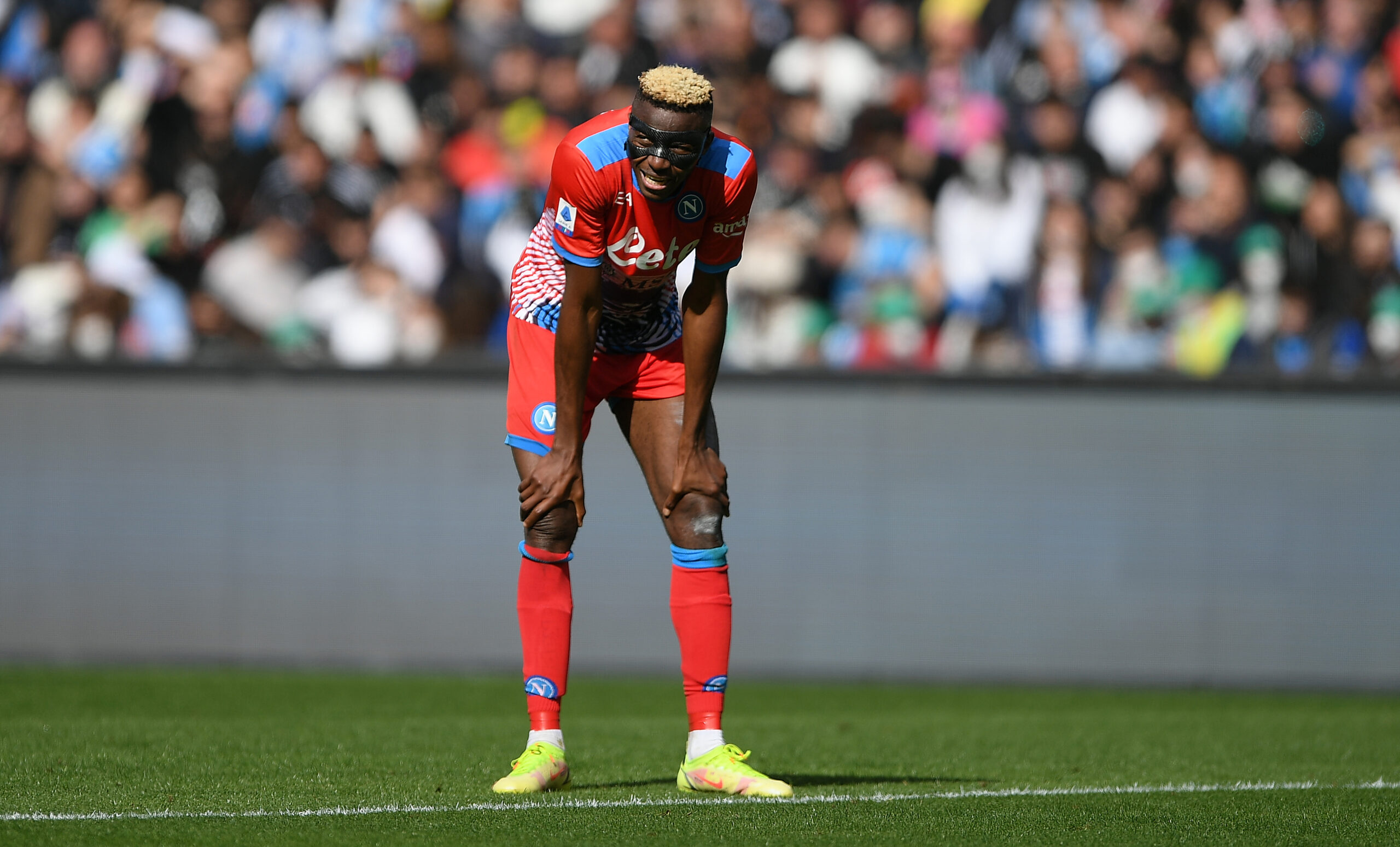 Attacking reinforcements are a priority for the Red Devils, with Cristiano Ronaldo’s exit rumours grabbing the headlines in recent times, and the likes of Anthony Martial and Marcus Rashford also face uncertain futures at Old Trafford.

Elsewhere, Bayern are reportedly looking for a replacement for Robert Lewandowski, who has been heavily linked with a move to Barcelona this summer.

Despite signing Sadio Mane from Liverpool, a new centre-forward is still on the top of the wishlist of Julian Nagelsmann.

Both the European heavyweights are keeping tabs on Osimhen’s situation at Napoli and could try to sign him.

Osimhen’s future with the Partenopei is also hanging in the balance as the club president Aurelio De Laurentiis has reportedly sanctioned the sale of star players to lower the wage bill.

Paris Saint-Germain, Newcastle United and Arsenal have also been credited with an interest in the Super Eagles striker; the latter appears to be no longer in the race after signing Gabriel Jesus from Manchester City.

Earlier reports also claimed that Osimhen was tempted by the prospect of playing in the Premier League.

Luciano Spalletti wants to keep hold of Osimhen – who netted 18 goals in all competitions last season – in a bid to challenge for the Serie A title and make an impact in the Champions League next season.

United and Bayern have a stumbling block as the 23-year-old will cost a staggering amount of around €80 million.

The Red Devils are unlikely to pay the fee as their priorities are currently Lisandro Martinez, Frenkie de Jong and Antony of Ajax – whose transfers would exceed €150m.

On the other hand, Bayern’s focus is now turned towards Juventus centre-back Matthijs de Ligt, who would also cost around €80m – which could easily put off their chances to sign Osimhen.