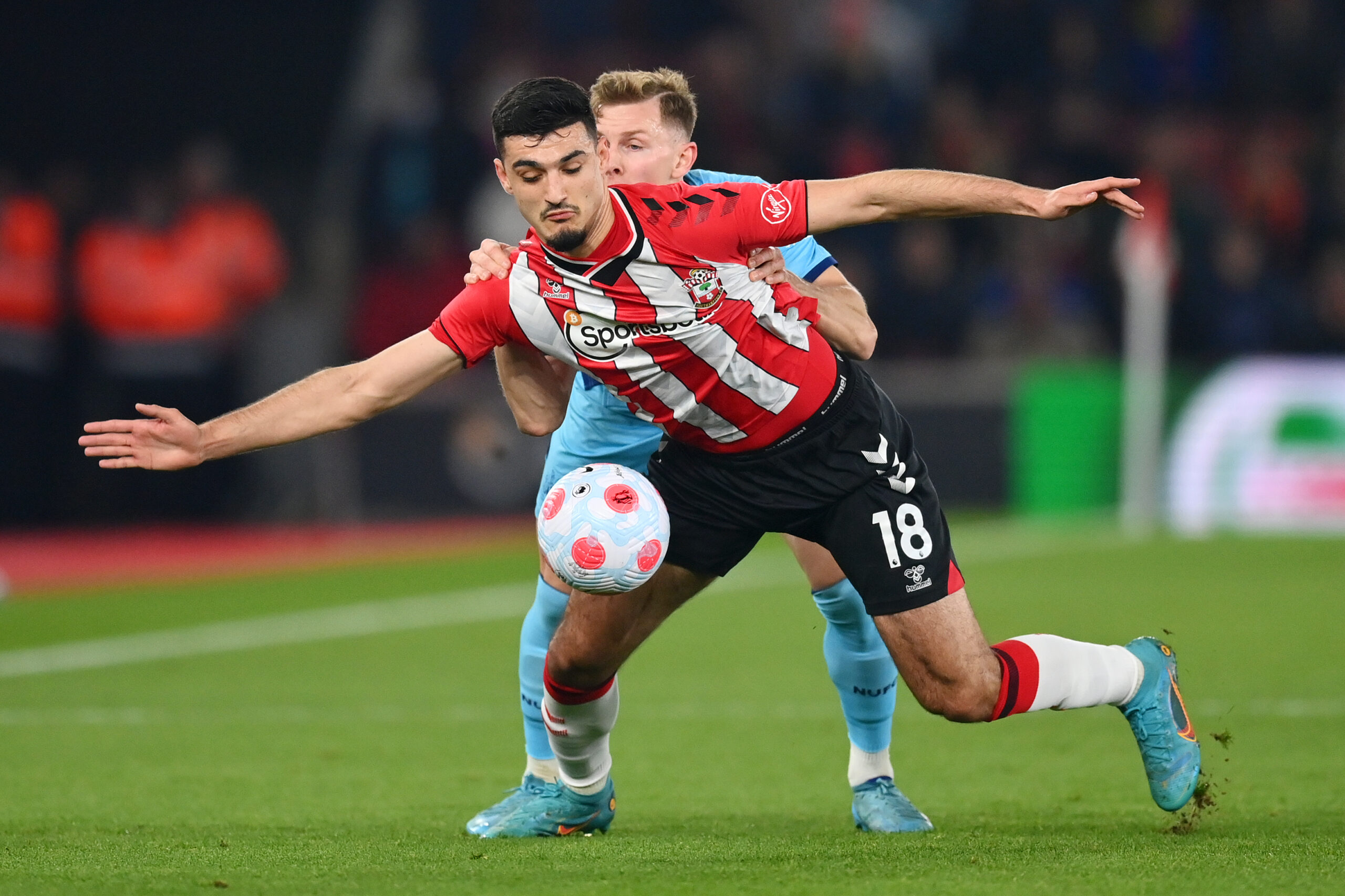 Armando Broja’s underwhelming career at Chelsea could be drawing to a close this summer, with three Premier League sides chasing his signature.

The Albania international may not have a future at Stamford Bridge, but Everton, Newcastle United and West Ham United are ready to throw him a lifeline in the Premier League.

According to the Daily Mail, Everton and West Ham are keen to muscle in on Newcastle for the 20-year-old striker following his stellar season-long loan at Southampton.

Broja made his senior breakthrough in the Eredivisie while on loan at Vitesse in 2020/21, clocking up ten goals and two assists from 30 league appearances.

However, he put himself on the map last season as he went from strength to strength at St Mary’s Stadium during his maiden Premier League campaign.

Despite Southampton’s lacklustre bottom-half finish, the robust striker proved his top-flight credentials by soaking up the limelight as the Saints’ standout performer.

He has returned to west London to join Thomas Tuchel’s side for the pre-season, which could well be his final opportunity to convince the German to keep him on board beyond the summer.

With Romelu Lukaku back to Inter Milan on a season-long loan, Broja has been presented with a unique opportunity to establish himself as a senior star at Stamford Bridge.

Chelsea are open to selling their sought-after youngster for the time being, though it could soon change, depending on the player’s off-season performances.

The Blues will discuss Broja’s departure if an offer of £30m comes to their desk.

It is understood that Everton and West Ham are both ready to shell out that figure to take the Albanian away from the capital, while Newcastle made an enquiry last week.

After sanctioning Richarlison’s switch to Tottenham Hotspur, the Toffees are hell-bent on signing a new striker to fill the void, and Broja could be their man.

But the Hammers are as keen as Everton to add to their attacking options in the coming months.

Michail Antonio was the only centre-forward option at David Moyes’ disposal last season, and it backfired on the London side down the final stretch of 2021/22.

Since Moyes has every intention to make things right this summer, Broja could stay in London next season, albeit in a different shirt.