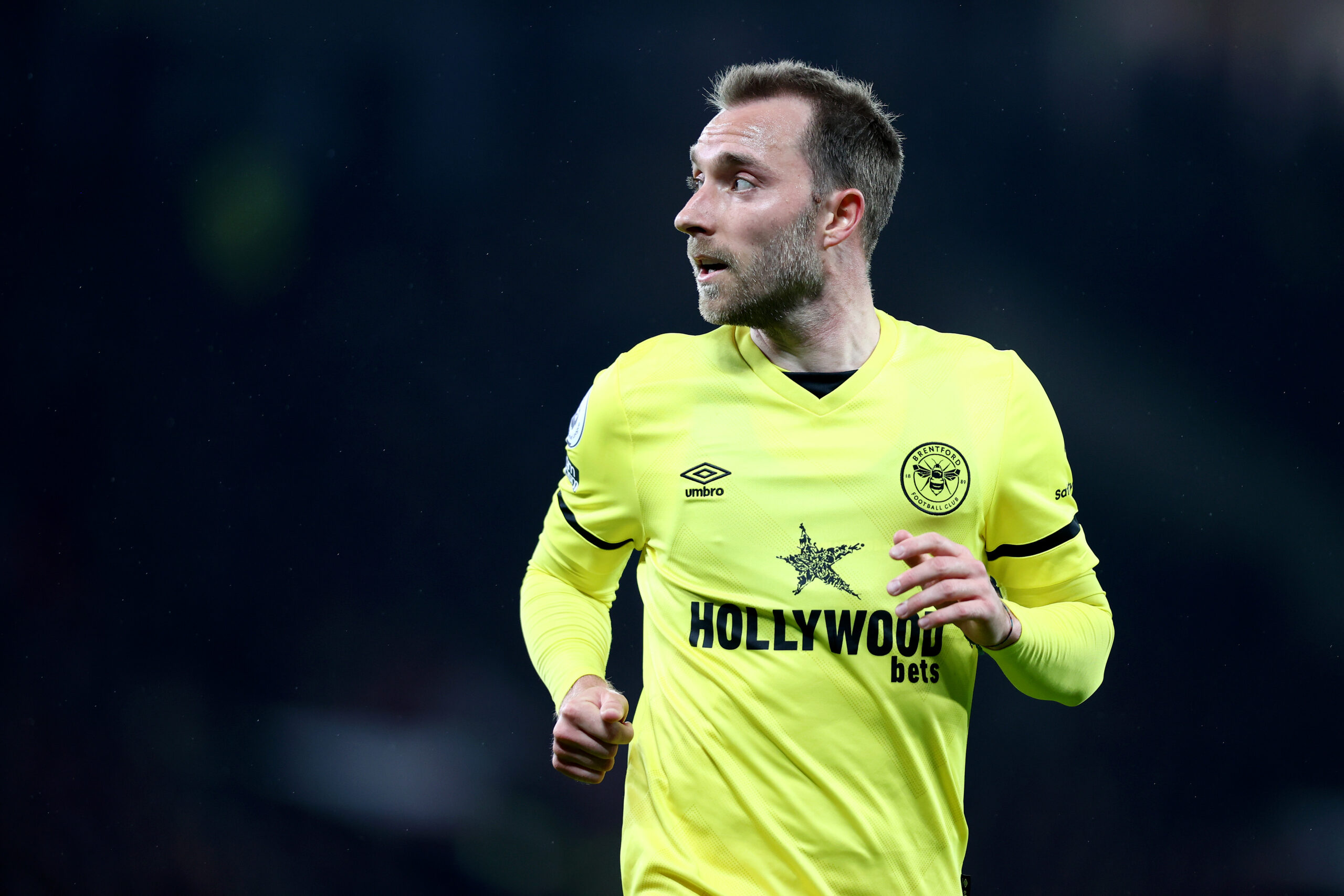 Christian Eriksen has voiced his desire to sign for Manchester United this summer, reports The Athletic.

Eriksen’s future has been the subject of plenty of speculation this summer. When he suffered a cardiac arrest at last year’s European Championships, many thought he wouldn’t return to the pitch. Consequently, he was left without a club for six months before being snapped up by Brentford in January on a short-term deal.

At the newly-promoted side, he proved that he still had loads left to offer in the top-flight. From his 11 appearances for the Bees, the Denmark international scored once and assisted on four occasions, helping the club comfortably avoid relegation in their debut Premier League season.

Upon the expiry of his contract, many clubs have been chasing the attacking midfielder. Brentford made an offer to keep him, while both Man Utd and former club Tottenham Hotspur were also hoping to recruit him.

According to The Athletic, Eriksen has made the decision to move to Old Trafford on a three-year deal.

The Red Devils enter the new campaign off the back of one of their worst seasons in the modern era. They finished in sixth place, racked up their lowest points tally in Premier League history, and failed to end their trophy drought. And, with a number of players leaving, new signings are required.

So far, new manager Erik ten Hag has been unable to bring in any new players. Although, they are expected to confirm the signing of Dutch left-back Tyrell Malacia shortly, while Lisandro Martinez and Frenkie de Jong are also on their radar.

Bruno Fernandes has been Utd’s main attacking midfielder since arriving in January 2020. However, he had an underwhelming campaign last year, scoring just ten goals in all competitions – 18 fewer than he got in the previous term.

Meanwhile, several players in his position have left the 20-time English champions. Paul Pogba’s six-year stay at Old Trafford came to an end, while Juan Mata and Jesse Lingard also departed at the end of their contracts. Eriksen’s arrival will provide both competition and depth in the attacking midfield position.

The Dane spent six-and-a-half years in the Premier League with Tottenham from 2013 through to 2020. In that time, he made 226 appearances, scoring 51 goals and registering 62 assists.