Gabriel Jesus vs Richarlison: Who will score more goals next season? 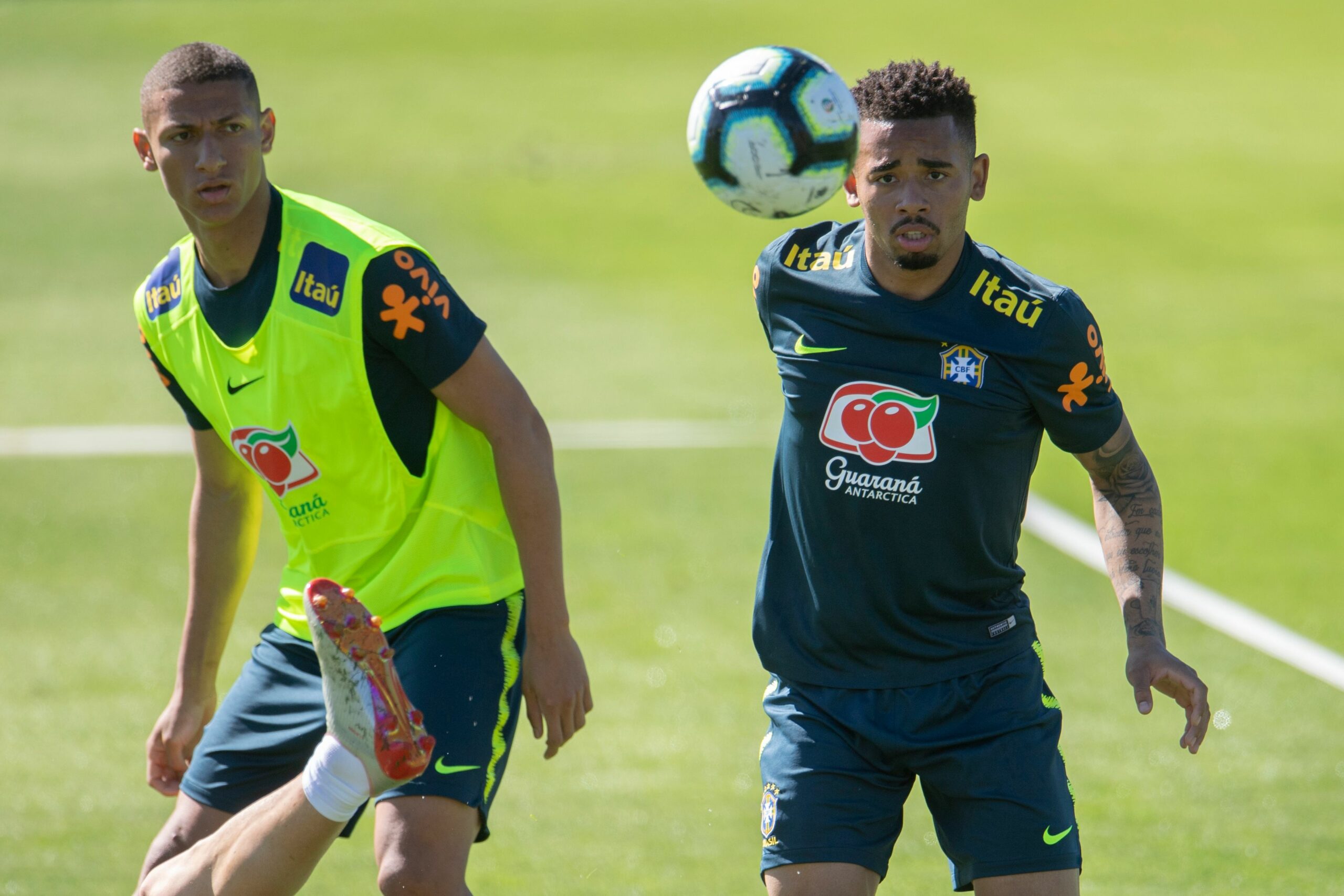 It’s been a very busy summer already in north London. Tottenham Hotspur and Arsenal intensely battled for fourth place last season, and are preparing themselves for another close race this time around.

Both sides have made efforts to strengthen their frontlines, adding a bit of Brazilian flair to their already-impressive attacking options. Spurs confirmed the signing of Richarlison from Everton, while the Gunners are expected to announce the arrival of Manchester City’s Gabriel Jesus any minute now.

Naturally, the two sets of fans have already begun the debate over who the better signing is. As of now, it’s difficult to tell. Nonetheless, it’s fun to speculate.

Goals aren’t the only measure of a successful forward. However, it’s always good to put the ball in the back of the net. Who will score more out of Jesus and Richarlison next season? Let’s take a look.

Since arriving in England in January 2017, Jesus has averaged 17.3 goals per season in all competitions. This is an impressive tally, especially when you consider that he has never been a guaranteed starter at Man City.

On the other hand, Richarlison has 11.6 goals per season since signing for Watford in summer 2017. Meanwhile, he has never surpassed 15 goals in all competitions in a single campaign – a feat that Jesus achieved three times at City.

However, perhaps this is a somewhat unfair comparison. Jesus was part of a free-scoring side that won four Premier League titles in five years, whereas Richarlison was in two struggling teams. Of course you’d expect the former to bag more goals, having had far superior players around him.

Maybe a more balanced juxtaposition would be their records on the international stage, when they’re both playing in the same team.

The subject of game time is an interesting one. In the past, Richarlison has been a regular starter, while Jesus has been a rotation player. Next season, the roles are expected to be reversed.

Arsenal have let go of Alexandre Lacazette and Pierre-Emerick Aubameyang in the last few months. This leaves Eddie Nketiah as Jesus’ only senior competition for the striker spot.

In contrast, Richarlison has to compete with two Golden Boots winners for game time. He won’t start ahead of Harry Kane or Heung-min Son when they’re both available, so his best chance of getting into the XI is by ousting Dejan Kulusevski at right-wing.

That’s not to say that he won’t get many minutes. With four competitions to worry about, manager Antonio Conte will have to rotate. And, given that he can play anywhere across the front three, Richarlison will get game time.

However, we expect that Jesus will get more time on the pitch. Furthermore, he’s more likely to play through the middle, while his compatriot may spend most of his time out wide.

In terms of service, it seems as if Richarlison has the upper hand. In recent years, Kane has developed into one of the league’s best creators, while the likes of Son, Kulusevski, and the incoming Ivan Perisic are also fine playmakers. If they can get a deal done for a better right-wing-back, they could be on to score a hatful next year.

However, there is one thing that could give Jesus the upper hand – penalties.

Last year, Mikel Arteta’s side got nine penalties in all competitions. Lacazette took four, Aubameyang took two, Saka took two, and Martinelli took one. With two of these four no longer at the club, it is unclear who their regular penalty-taker will be.

Despite this, there is no guarantee that Jesus will be on spot-kicks for Arsenal. He has taken 16 in his career and scored just nine, coming out at a woeful 56.25% success rate. He will need to improve on this if he wishes to take them for his new club.

Richarlison’s record is a far more respectable 77.78%, having scored seven out of nine. However, this is likely to be completely irrelevant. Spurs already have one of the most reliably penalty-takers in the world in Kane. Whenever he’s on the pitch, he will be take them.

Additionally, Richarlison will have to share the goals with Kane and Son. As mentioned above, they have both won the Premier League Golden Boot in the past. While Arsenal’s attackers are all capable of finding the net, Jesus is likely to be their main goalscorer.

Based on everything we’ve looked at so far, we believe Jesus is likely to score more goals than Richarlison next season.

It seems as if most things point in favour of the Man City forward. He’s got a better record in England, is likely to be a regular starter, will play through the middle, ought to be their main source of goals, and could be on penalty duty.

Meanwhile, Richarlison’s only advantages are his strike rate for Brazil and better service. Even if he hits the ground running, he may be limited to substitute appearances.

Anyway, it should be interesting to see how this battle plays out.