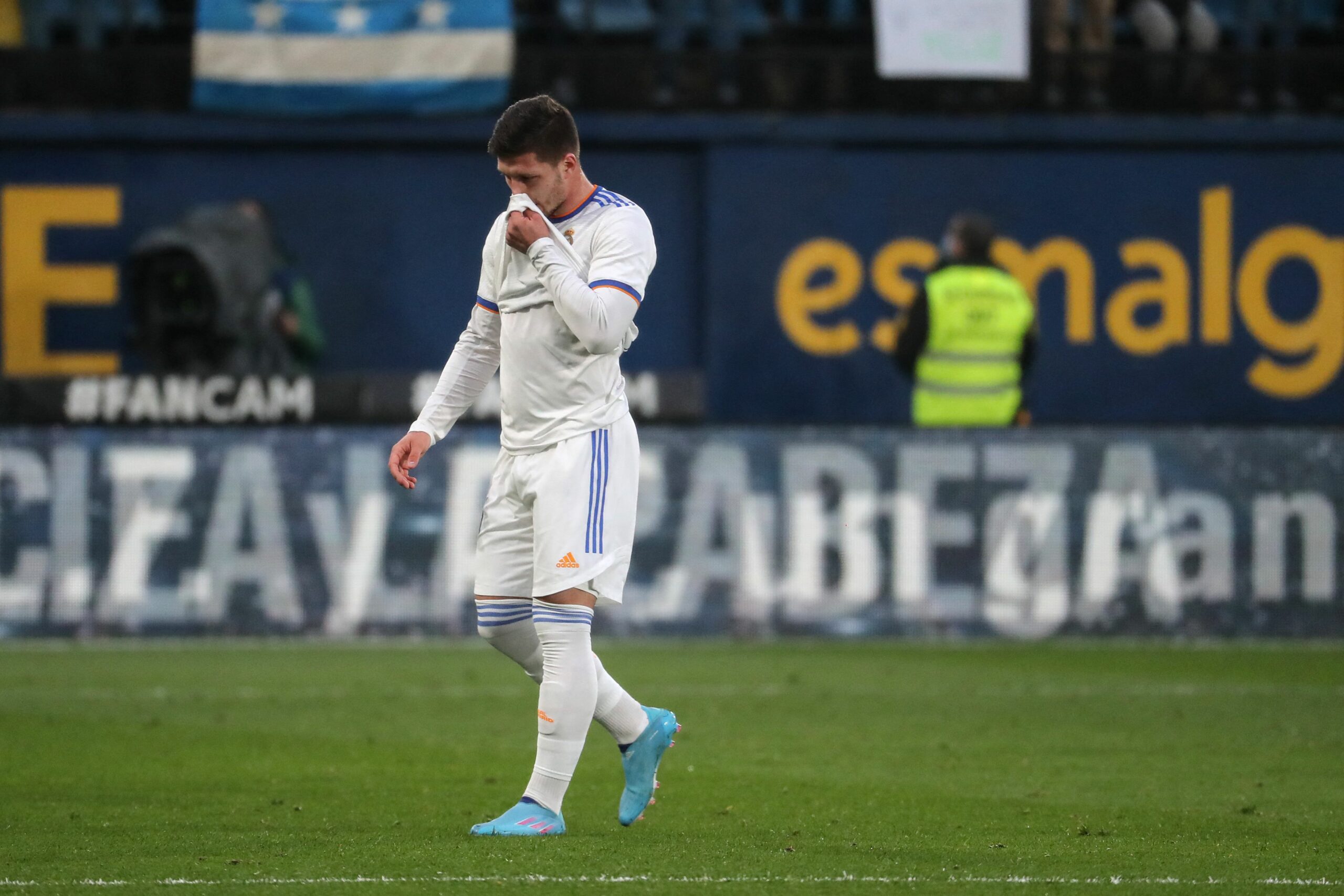 Real Madrid outcast Luka Jovic is on the cusp of joining Fiorentina on a season-long loan, reports Fabrizio Romano.

According to the reputed Italian journalist, Los Merengues have found an agreement with La Viola for the Serbia international to move to Serie A temporarily.

The parties have reportedly agreed to share the 24-year-old’s €6m-a-year wages to facilitate his loan switch to Italy.

Jovic should arrive in Florence next week to undergo medical tests before putting pen to paper.

Madrid’s decision to accept paying half of the striker’s salary may not be the ideal piece of business.

However, they have made a calculated risk, hoping the ex-Eintracht Frankfurt star could find his feet in Serie A and increase his value.

Los Blancos paid the Bundesliga outfit a staggering €60 million to sign Jovic in the summer of 2021, following the forward’s sublime season in Germany.

But the Serbian youngster has experienced a torrid time at the Santiago Bernabeu, leading to a substantial decrease in his market value.

Since his deal in Madrid runs until 2025, the reigning Champions League holders face an uphill task to get rid of his contract permanently.

The only way for Carlo Ancelotti’s side to recoup the money they splurged to take Jovic to Madrid three years ago is for the striker to shine somewhere else.

Only time will tell whether Fiorentina was the right choice.

Madrid can only hope that Jovic could follow in the footsteps of his compatriot Dusan Vlahovic, who took Serie A by storm during his time at Artemio Franchi.

The Serbian striker’s departure for Florence is part of a mass clearout Ancelotti’s planning for this summer.

Isco Alarcon, Marco Asensio, Dani Ceballos and Mariano Diaz are the other names on the list.

Where could they go?

The midfielder’s deal in Madrid is up this summer, which means he will be free to choose his next destination on his own accord.

Jose Mourinho’s Roma were in a pole position to sign the 30-year-old playmaker before deeming his wage demands excessive.

Turkish heavyweights Galatasaray have recently joined the hunt for the Spaniard, who was linked with AC Milan and Liverpool last summer.

After an underwhelming two-year loan spell at Arsenal and an equally disappointing last season in Spain, Ceballos’ skills are not exactly high in demand.

Ceballos was forced to play understudy to Casemiro, Luka Modric and Toni Kroos in 2021/22 as Ancelotti made it clear what he thinks of his qualities.

Unlike Isco, the ex-Real Betis midfielder still has one year remaining on his contract, making it difficult for Madrid to ship him out this summer.

But Los Verdiblancos, who were open to offering him an escape route from the capital last summer, could reignite their interest if the opportunity presents itself.

The out-of-favour striker has already informed the club of his desire to leave in pursuit of regular first-team action elsewhere.

Even though he has become a forgotten man in Madrid, Mariano still has plenty of time to get his career back on track, as he is only 24.

Unfortunately, a shortage of suitors could get in his way.

For now, Fenerbahce remain the only viable landing spot for the Dominican forward after they tabled a €5m-a-year contract offer, as per SB Nation.

Undoubtedly the most wanted player on this list, Asensio, may get to choose between several luxury destinations this summer.

Manchester United have recently joined Milan and Liverpool in the race to sign the Spanish winger.

At 26, Asensio has plenty of top-flight football left in the tank.

Having been deemed surplus to requirements in Madrid, the Spaniard could be available on a cut-price deal.

That will only improve his chances of landing another high-profile contract.