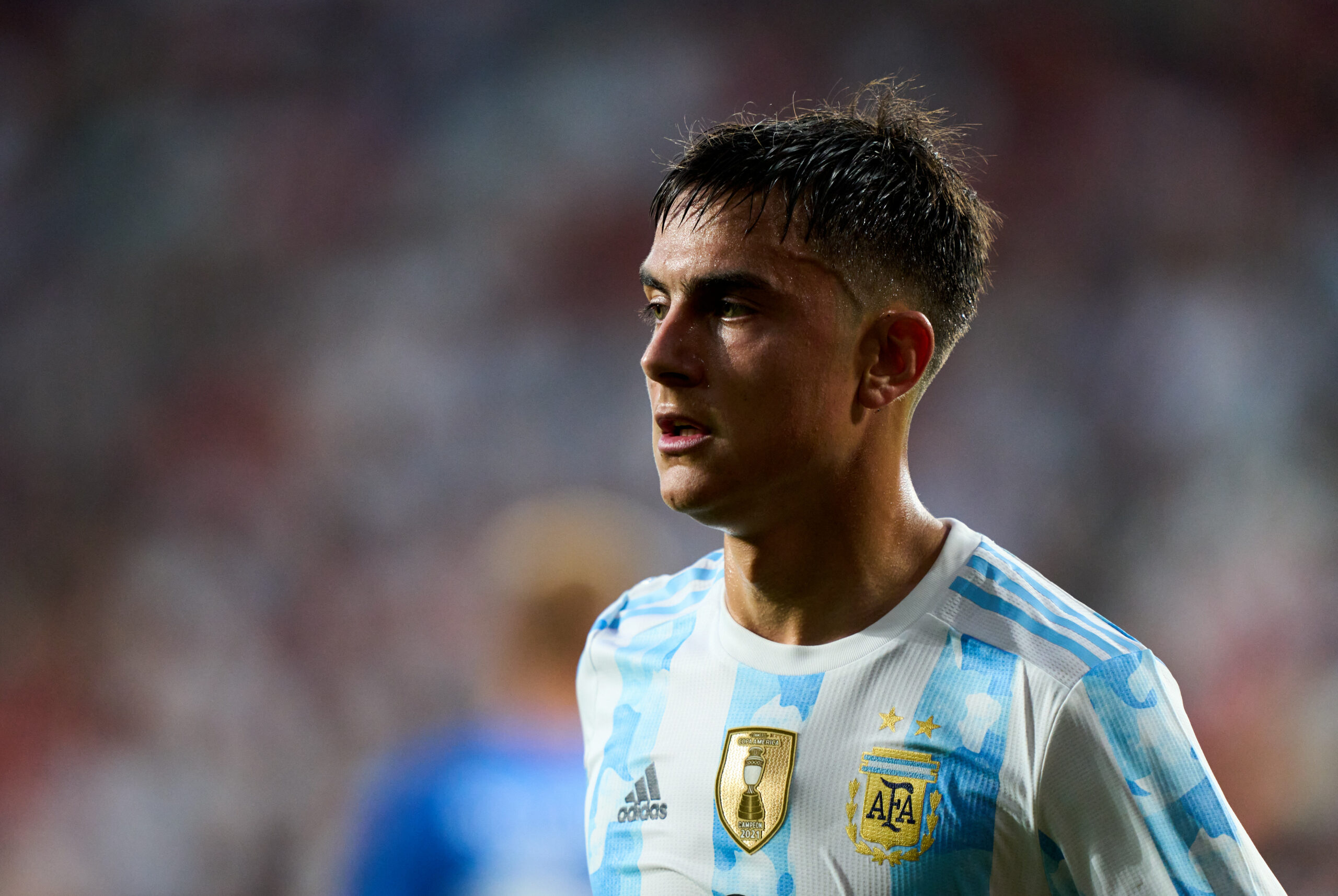 The summer transfer window has been open for a few weeks, and we’ve already seen some major deals made in the Premier League. Erling Braut Haaland has been the standout signing, arriving at Manchester City for an initial £52 million after being chased by every top club in Europe.

But it’s not all about the big-money transfers. With the season coming to a close, a number of players can be picked up for free upon the expiry of their contracts.

Here are six players that could be snapped up by one of the Premier League’s ‘Big Six’.

After seven years, Paulo Dybala has opted not to renew his contract at Juventus. This news has drawn the attention of a number of top clubs, who may fancy themselves to snatch a top-class player on a free transfer.

So far, his destination has not been decided, but he would surely find it difficult to turn down a move to Manchester City. The English champions could be in the market for a new wide man this summer, with Raheem Sterling, Gabriel Jesus, and Bernardo Silva linked with moves away from the Etihad Stadium.

Dybala would seemingly fit Pep Guardiola’s system like a glove. He’s technically excellent, a good creator, and can score plenty of goals. It appears to be a perfect match.

Luis Suarez played for Liverpool for three-and-a-half years, scoring 82 goals in 133 outings. In that time, they won the League Cup and came desperately close to the Premier League title. Could a reunion be on the cards?

The Reds have recently brought in Darwin Nunez for an initial £64m. Should he be a regular starter, it will be the first time that Jurgen Klopp has used a natural striker since coming to England. This suggests a change of system from the German.

If Klopp is moving away from the false nine, he may want another striker in to provide back-up for Nunez – especially with Sadio Mane and Divock Origi departing. Having scored 34 goals in the last two seasons, Suarez has proven that he still has something left to offer at the top level.

It’s no secret that Chelsea are in the market for a new winger, having expressed interest in Raheem Sterling and Raphinha. Should they want someone cheaper, Ousmane Dembele could be the right man.

The Frenchman was wildly inconsistent at Barcelona, and often suffered with injuries. However, there is no denying his talent, and he could be a superstar in the right environment.

Dembele worked with Blues manager Thomas Tuchel for one year at Borussia Dortmund, and it was the best season of his career. After registering six goals and 12 assists in the Bundesliga, Barcelona forked out nine figures to bring him to the Camp Nou as Neymar’s replacement.

Tottenham Hotspur have one of the best front threes in the league. Harry Kane and Heung-min Son are both Golden Boot winners, while Dejan Kulusevski arrived from Juventus last January and made an instant impact.

But depth is lacking in their squad, especially up front. Kane is their only senior striker, and the likes of Troy Parrott and Dane Scarlett probably aren’t ready yet. With four competitions to worry about, and an even more congested schedule due to the World Cup, more options will be necessary.

A lot of Spurs’ recent signings have come from Serie A, and it might be time to dip into the Italian market again. Andrea Belotti is available on a free transfer, and would be a fine back-up. In seven years at Torino, he scored 113 goals in all competitions.

Arsenal have already made plenty of moves to bolster their frontline this summer. Fabio Vieira is their first confirmed arrival, and an announcement on Gabriel Jesus is expected shortly. Meanwhile, Raphinha is also a known target.

However, there are still question marks over other areas on the pitch, such as their central midfield options. If they wish to challenge for a top four spot, they will want an upgrade at the heart of their team.

Corentin Tolisso is one option, having departed Bayern Munich at the end of the season. The midfielder has earned 28 caps for the France national team, and was part of the squad that won the World Cup in 2018.

It’s been a slow start to the transfer window for Manchester United, and they are yet to make a signing. Given how many holes there are in their squad, they may want to get a move on.

Last season, they conceded 57 league goals – their highest tally in the Premier League era. With Eric Bailly, Phil Jones, and Axel Tuanzebe all expected to depart, the Red Devils could be left with just three senior centre-backs.

If they cannot bring in a top-class central defender, Atletico Madrid’s Felipe could provide a decent stop-gap. The 33-year-old made 31 appearances for the Rojiblancos side that won La Liga two seasons ago, and could probably still do a job.