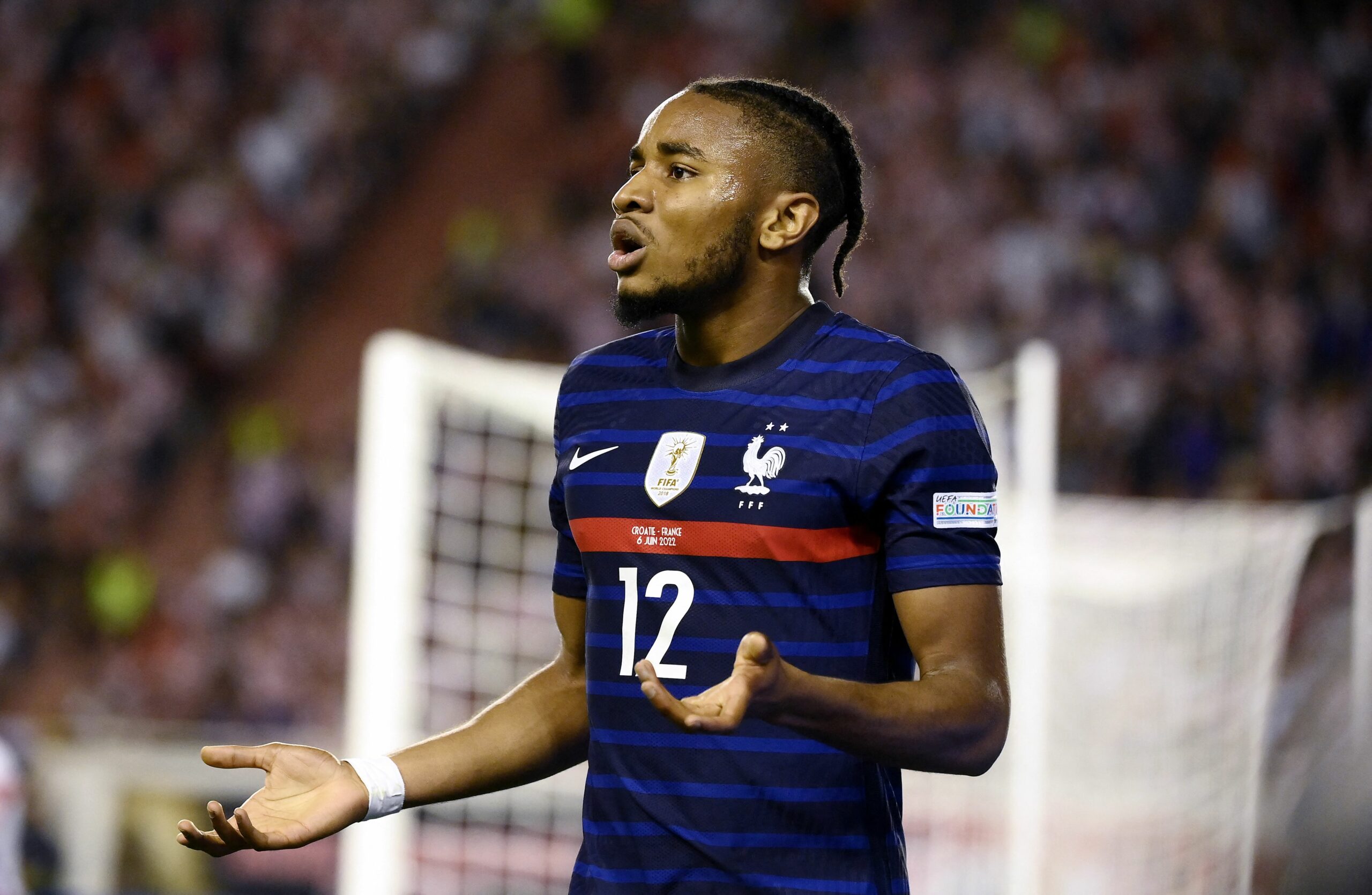 The news of Christopher Nkunku extending his contract with RB Leipzig came as a blow to several European heavyweights, who were all vying for his signature.

The French forward, whose previous contract was due in 2024, also stated earlier that he was flattered by the interest shown by Europe’s top clubs but was carried away by Leipzig’s efforts to keep him.

Nkunku has put pen to paper on a new deal until 2026, and there is an element in it which could be pleasing to the ears of his suitors.

Die Roten Bullen have inserted a release clause worth €60 million in his contract, which can be triggered in the summer of 2023.

AS claims that Real Madrid, one of the interested parties, have been informed about the termination clause, and they could move for him next summer.

The 24-year-old has emerged as one of the best young forwards in Europe following a highly prolific 2021/22 campaign with Leipzig, netting an astonishing tally of 35 goals and 19 assists.

It has even led to interest from Los Blancos, who were initially planning for the free transfer of Kylian Mbappe from Paris Saint-Germain.

The report also adds that president Florentino Perez’s advisors recommended the name of Nkunku following the transfer fiasco of Mbappe; However, a deal didn’t materialise in the end as the former PSG star made up his mind to continue with the German giants.

Knowing that Mbappe’s chapter is over, Madrid can now start planning for the potential transfer of Nkunku next year.

It resembles the situation of Erling Braut Haaland – who is now a Manchester City player – as a host of European giants were after him after knowing about his release clause of €75m.

Los Merengues also showed a great deal of interest at the start, and they could have even signed him if not for Mbappe’s pursuit.

Madrid will try to avoid the mistake next time around, but a tug of war can be expected from top clubs for the signing of Nkunku.

For now, Nkunku’s objective turns out to be the World Cup in Qatar, having recently made his debut for France’s senior team.

The former PSG star wants to make a name for himself in the highly-coveted competition, which will be played later this year, and that is why Leipzig have offered him a two-year extension.