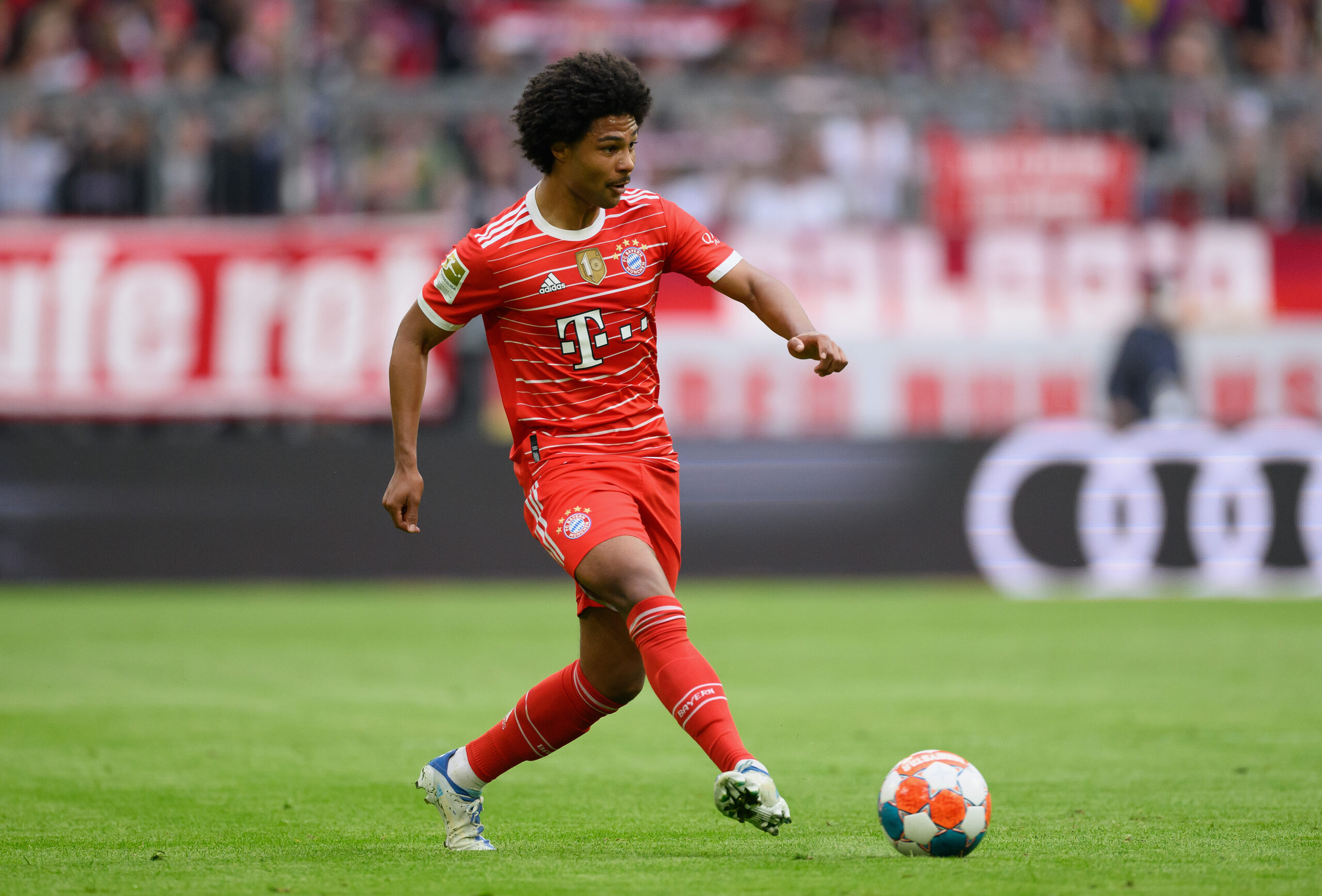 The Bavarians’ chief believes the club may have to offload their prized asset if he fails to extend his contract at the Allianz Arena.

“We really want to keep him. I hope that he chooses Bayern,” Salihamidzic told SkyDe, as quoted by Fabrizio Romano.

“If a player doesn’t want to decide for the club, then we can find a solution that makes everyone happy.

Salihamidzic’s words are music to Arsenal’s ears, as the Gunners hope to reunite with their former outcast in the coming months.

Gnabry has 12 months left to run on his current contract at Bayern, with the perennial Bundesliga champions looking to tie him down to a new deal.

However, after having a fallout with head coach Julian Nagelsmann last season, the 26-year-old looks keen to sever ties with the Germans to reignite his career.

Often forced to play outside his comfort zone, the lightning-fast winger racked up ‘only’ 14 goals in 34 Bundesliga appearances in 2021/22.

Gnabry’s uncertain future at Bayern has brought him on Arsenal’s radar, as Mikel Arteta aims to strengthen his attacking department in the wake of Alexandre Lacazette’s departure.

The Gunners believe they could take the ex-West Bromwich Albion man back to the Emirates Stadium six years after he swapped London for Werder Bremen.

Gnabry is familiar with the north London environment, having spent four years in the capital before returning to his homeland in 2016.

Although his previous spell at Arsenal was far from inspiring, the versatile forward has since developed into a top-class player.

Based on his contractual situation in Bavaria, Bayern may have no other option but to sanction his departure on a cut-price deal this summer.

Since there is no way for Gnabry to accept to play second fiddle to anyone in the World Cup year, he could be a realistic option for Arsenal over the summer.

But the Gunners continue to monitor Raphinha’s situation at Leeds United with great attention.

The Brazilian winger remains Arteta’s number one priority, even though the player clearly has his heart set on joining Barcelona.

Raphinha has been nothing short of exceptional since moving to Elland Road from Rennes in 2020.

As an established Premier League performer, the 25-year-old could offer a certain level of security in terms of familiarity with the league’s requirements.

Though Gnabry has yet to prove himself in England’s top tier, he seems to be a far better option for Arsenal.

Why would the Gunners spend most of the summer chasing a player who has other priorities when they can go for one of Europe’s best-performing wingers?

On top of that, Gnbary would command a much lower price tag as he is ready to force his way out of Bayern.

As for Raphinha, Leeds have made it abundantly clear that they are not willing to budge on the £60m valuation.

All things considered, Arsenal would be strongly advised to drop their pursuit of the Brazilian ace and switch their attention to Gnabry.