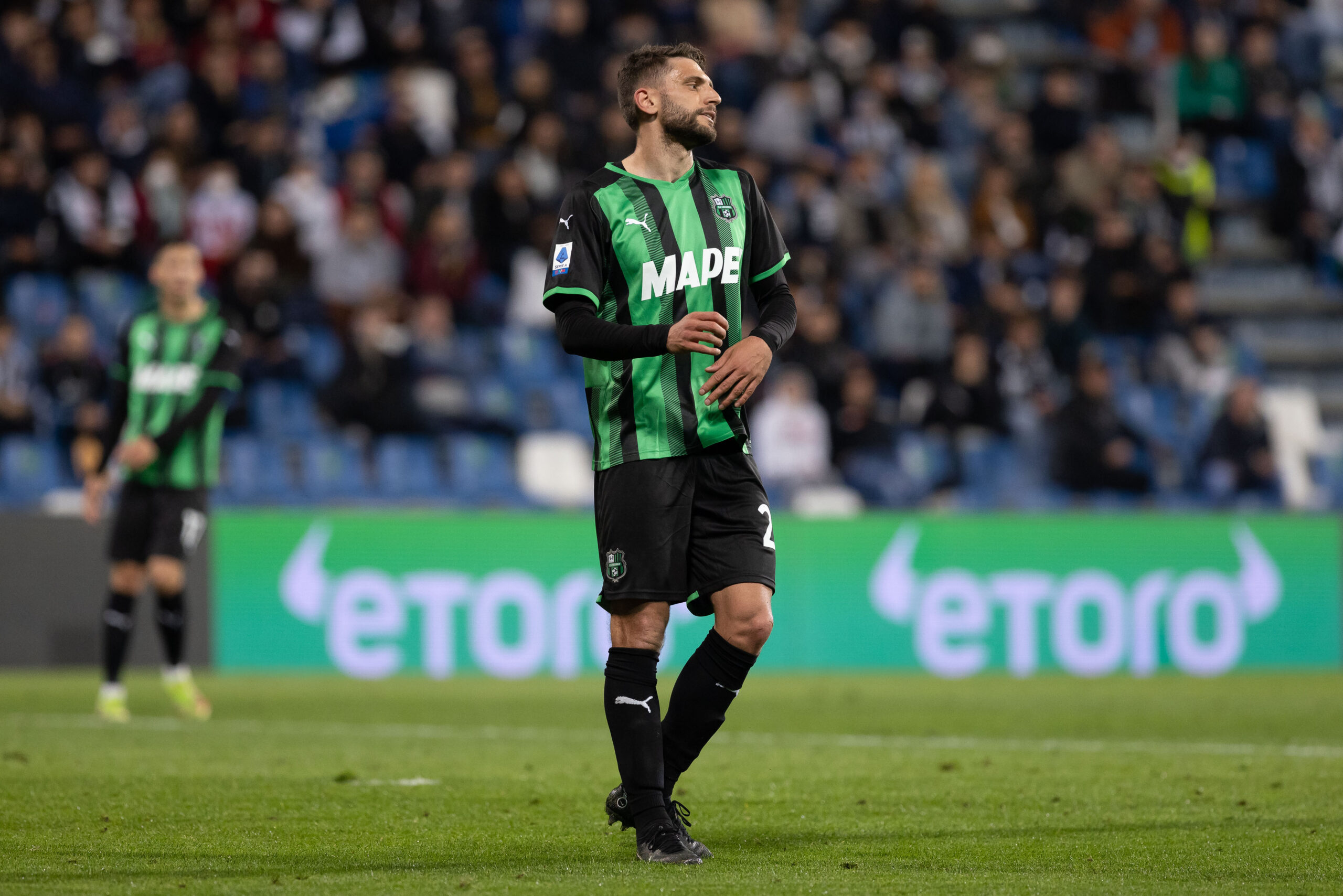 Sassuolo winger Domenico Berardi has been heavily linked with an exit this summer, and now he has revealed his desire for a new challenge.

The Italian winger has been one of the most underrated players in Serie A over the years, and his best-ever campaign came in the 2021/22 season, where he amassed 15 goals and 17 assists in all competitions.

The 27-year-old said (h/t Football Italia): “I like living in Modena and have been here for 11 years, but I’ve reached a point where I’d struggle less with change thanks to my wife and my son, as with them I’d feel at home in any city.”

Berardi’s better half Francesca Fatuzzi is in sympathy with his words, stating that she is well aware of the nature of the job of the Italian forward.

Francesca added: “I like to travel, whereas Domenico has always preferred to have a focal point he can rely on. Now there are three of us, he has realised we could live anywhere in the world.

“I do want stability for our child, but his father’s profession does mean moving is part of the package.”

Juventus and AC Milan have been credited with an interest in Berardi, with the former identifying the Azzurri star as a potential replacement for Paulo Dybala.

The Bianconeri want to sign Angel Di Maria as their priority, but there are still uncertainties over the deal, with the Argentine looking at the possibility of joining Barcelona.

Juve are looking to hear Di Maria’s final decision soon after improving their offer. In the event of a failure, Berardi has been identified as an ideal replacement.

Milan are also keeping tabs on the 27-year-old as they are scouring the market for a new right-winger.

Neroverdi CEO Giovanni Carnevali mentioned earlier that Berardi would be a good fit for Rossoneri, who have also shortlisted Marco Asensio as a marquee target.