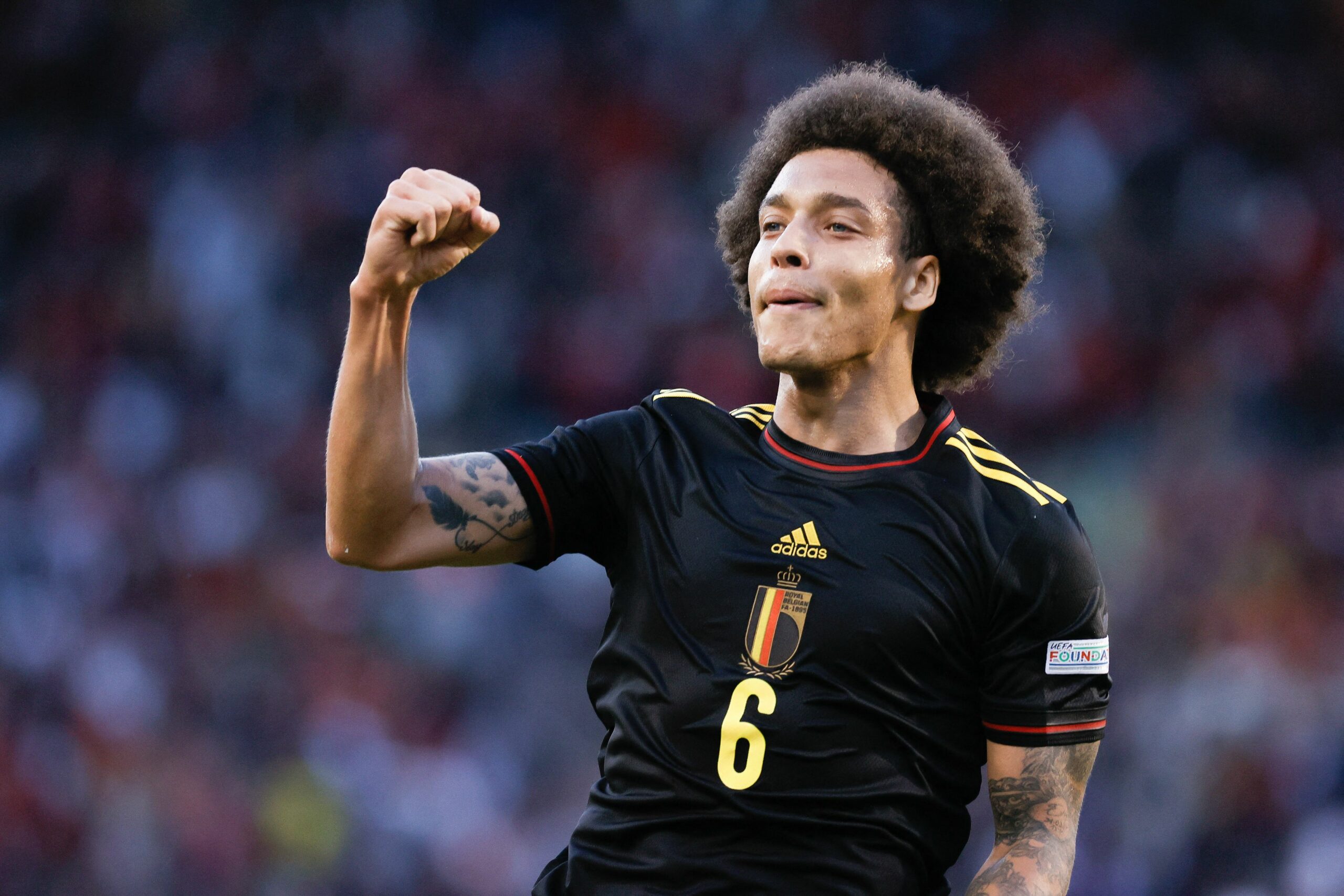 Atletico Madrid approach a massive summer transfer window as they look to get back on track following a lacklustre 2021/22 season.

Reinforcements are needed on all ends, as Diego Simeone wants to shake up the squad and improve things heading into the next season.

As for the departures, Luis Suarez and Hector Herrera have bid farewell to Los Rojiblancos, with their contracts expiring this month.

Here, we look at the latest rumours surrounding Atletico Madrid.

For those who are wondering who will be Atletico’s first transfer of the summer, the answer is Axel Witsel.

Los Rojiblancos have agreed to sign the Belgian midfielder from Borussia Dortmund on a free transfer until 2023, reports Fabrizio Romano.

Paperworks are also completed while the official announcement looks imminent.

The 33-year-old has been brought in as a replacement for Mexican midfielder Hector Herrera.

Atletico Madrid are reportedly looking at the possibility of signing Paris Saint-Germain attacker Pablo Sarabia, per a report from RMC Sport.

The Spaniard flourished in his loan spell at Sporting CP last season, racking up an impressive tally of 15 goals and six assists in 29 league appearances.

However, he has returned to Parc des Princes, where his future again looks bleak, with PSG planning for a clearout.

Los Rojiblancos have initiated contact with the Ligue 1 giants regarding a loan move for the former Sevilla forward.

Thomas Lemar up for sale

Thomas Lemar’s chapter with Atletico Madrid could be over as the La Liga giants are looking to offload him this summer after rejecting a renewal offer, according to Goal.

Atletico, who are looking to balance the books, have offered Lemar a new deal on reduced terms, which he has reportedly declined.

Diego Simeone’s side are looking to sell the French star, who was signed for a whopping €72 million in 2018, this summer rather than at the end of the next season when his current deal runs out.