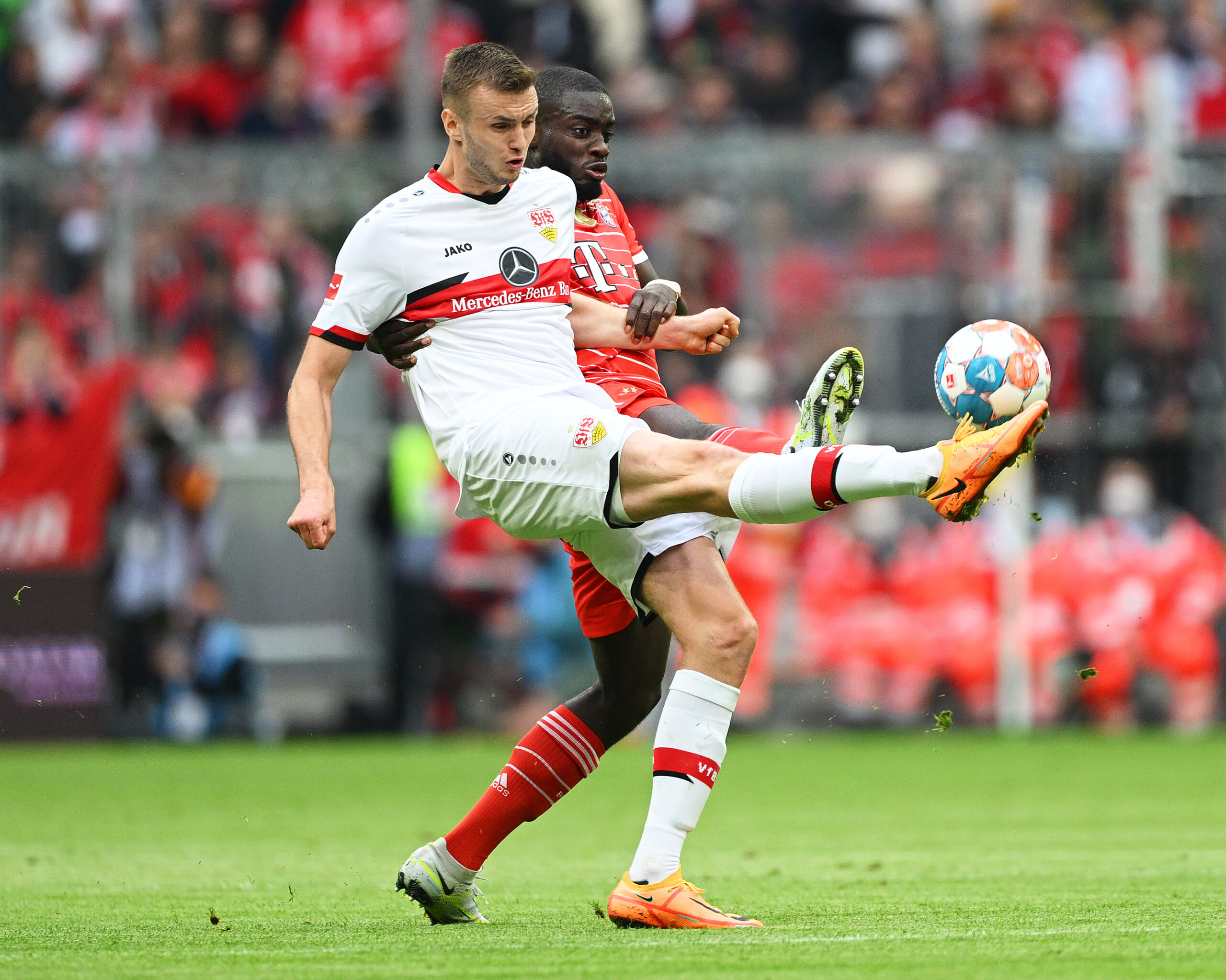 Bayern Munich are all but set to acquire the services of Stuttgart striker Sasa Kalajdzic, according to Football Transfers.

Per the report, Kalajdzic’s impending move to the Allianz Arena this summer will command a fee in the region of €25million.

Alongside Bayern, Manchester United, Chelsea and Tottenham Hotspur were reportedly also interested in Kalajdzic, but it is the Bavarians who are now set to win the race for his signature.

Since making his debut in the top tier of German football back in 2020, the 25-year-old has scored 22 goals in 48 league games, including six in the final 11 outings of the just-concluded season where he was limited to just 15 appearances due to a long spell on the sidelines.

With Sadio Mane also closing in on a switch to the Bundesliga champions, Kalajdzic’s arrival could signal that Bayern are already preparing for life without Robert Lewandowski amid the current uncertainty surrounding the forward’s future at the moment.

However, the club’s sporting director Hasan Salihamidžić has insisted that he is not bothered about Barcelona’s interest in Lewandowski with the Catalan outfit in pole position to snap up the Poland international.

“Our position is clear: Robert has a contract until the summer of 2023,” Salihamidžić told Bild (h/t Fabrizio Romano).

“New bid from Barcelona? I’m not thinking about that, I’m expecting to see Robert in training at Säbener Straße on July 12.”

Elsewhere, Bayern are also in the race to land RB Leipzig’s Konrad Laimer with Julian Nageslmann keen to reunite with the Austrian midfielder following their time together at the Red Bull Arena.

Having already completed the signings of Ryan Gravenberch and Noussair Mazraoui from Ajax, the German giants are not messing about in the transfer window as they look to bounce back from a relatively disappointing campaign last time out.