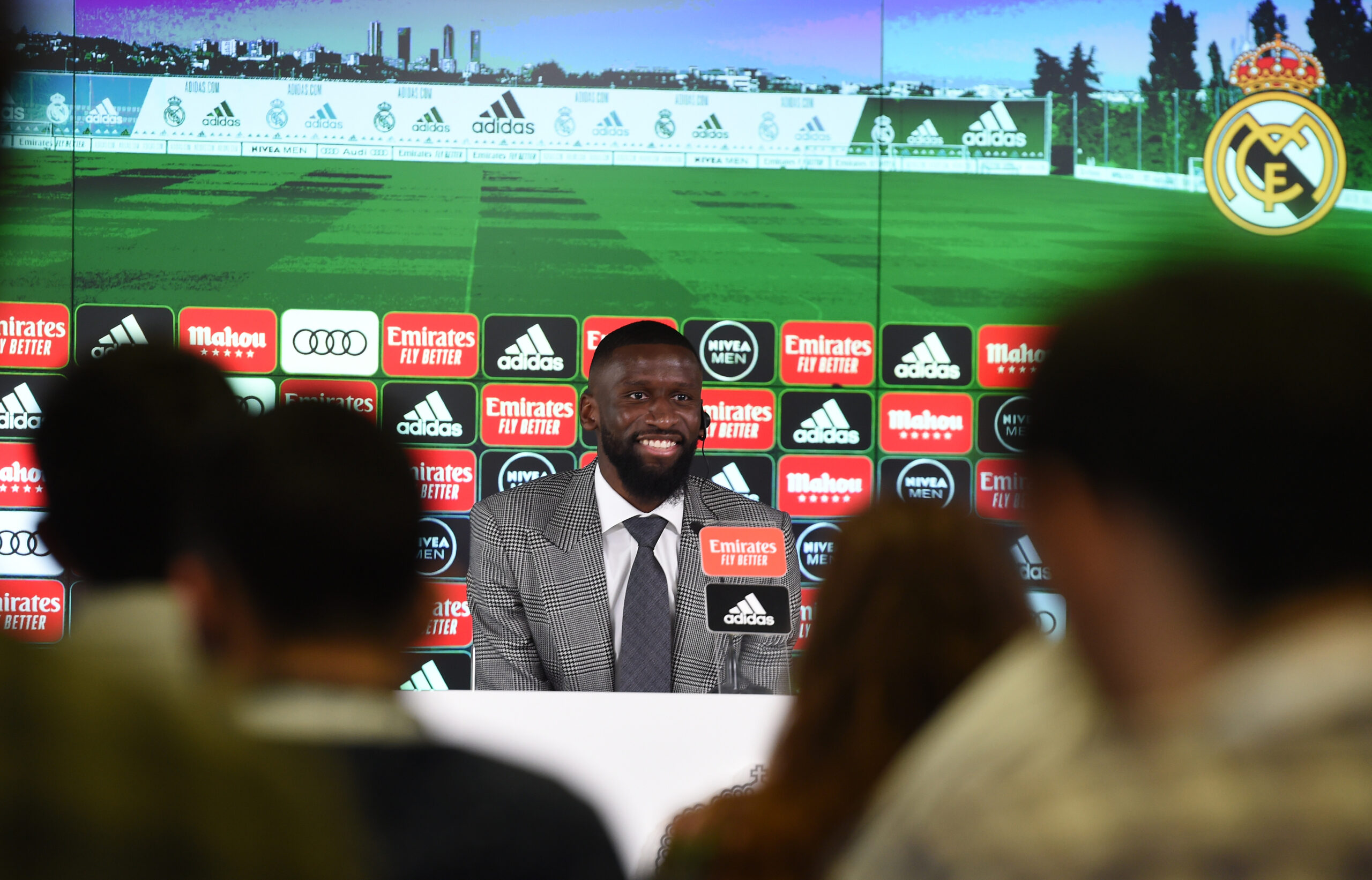 Antonio Rudiger was presented to the Spanish media on Monday after completing his move to Real Madrid on a free transfer, with the Germany international promising to bring his “fighting spirit and leadership” to the Santiago Bernabeu.

The 29-year-old central defender revealed that Barcelona had shown an interest in signing him, but it was “Real or nothing,” after deciding to end a five-year stay at Chelsea.

Rudiger signed a four-year contract with the reigning European and Spanish champions after passing his medical on Monday.

Rudiger confirmed that Barcelona were interested in his services but once he had spoken to Carlo Ancelotti, the Madrid manager, he knew ‘it’s Real or nothing’.

Speaking about his conversation with Ancelotti:

“He said he wants me, he trusts my abilities, and that I can be very helpful for him and the team. And to be honest, at my age, where I’m right now, this is enough. This is enough. At… at the end of the day it’s Mr. Ancelotti. You know in Madrid you will have competition and in general nothing is guaranteed, so you have to fight for your place, and that’s why I’m here. I’m ready to do that.”

Rudiger will join Aurelien Tchouameni as one of the first of several signings expected at Madrid this summer. With Gareth Bale, Marcelo and Isco having left this summer and Madrid having missed out on Kylian Mbappe, there is an expectation that Madrid will sign at least one marquee name this summer.