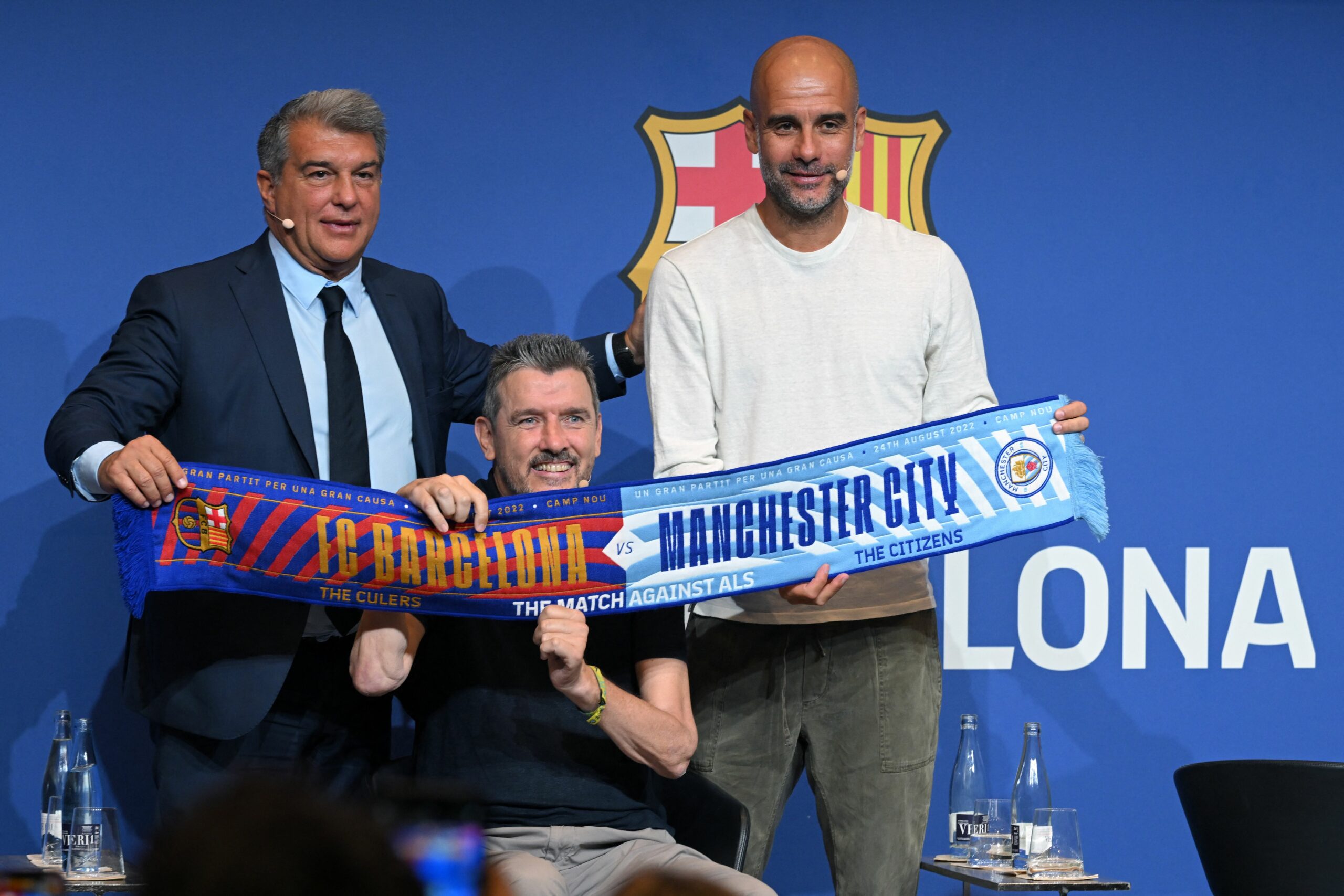 The earnings will fund research and investigation to find a cure to ALS (Amyotrophic Lateral Sclerosis), a non-curable disease with which Juan Carlos Unzue was diagnosed in 2020.

Unzue announced he had the disease in June 2020.

He was assistant coach to Luis Enrique in Barça until 2017, retiring in 2019 coaching Girona.

Speaking about the game, Laporta talked about the prestige of the fixture and thus the importance of winning it despite being a charity game.

Guardiola, understandably, was full of praise for Barcelona as well as about Xavi, Barcelona’s manager who played such a vital role under Guardiola when he was in charge of the club.

“Just by being here I have so many memories in my head. I feel at home. I love being back here at Camp Nou. Since I left the club each time I come here they always thrash us. But I hope we will change that. I am very happy. Very happy to be here. For whichever motive. For Champions League or like this time around to help ALS’ friends.”

“He was my teammate. And then I had the opportunity of being his coach. I will always be grateful for how he helped me on the pitch. The players are the ones that help a coach keep working. He was a key player when we were together. Well, Xavi’s career speaks for itself. And now he has the opportunity to be back here to help the club and the board of directors. To put the club back where it deserves to be. Where it will be back again. Because the club has the capacity of doing that, and it will get done. Happy to reunite with him here. Very happy.”