Raphinha closing in on a move to Arsenal 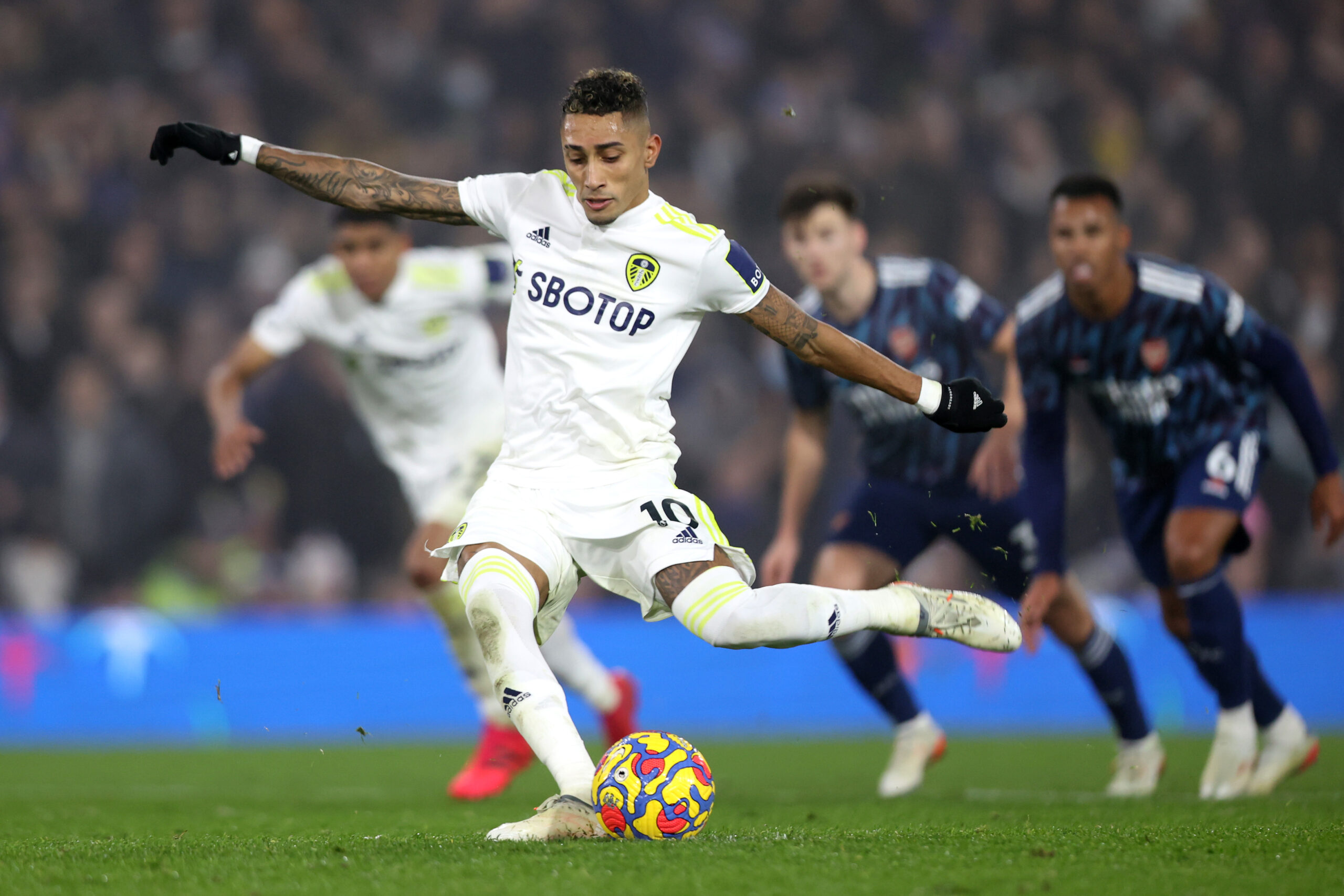 Arsenal are close to wrapping up a deal for Leeds United winger Raphinha, according to Goal Brasil.

Per the report, Raphinha’s move to the Emirates Stadium could be completed as early as this week.

The Brazilian has been a subject of interest from the Camp Nou over the last couple of months as a potential replacement for Ousmane Dembele.

Despite being represented by a former Barcelona player in Deco, Raphinha is reportedly no longer prepared to wait for the Catalans and now favours a move to the Emirates Stadium instead.

Raphinha racked up an impressive 11 goals and three assists for Jesse Marsch’s men during the just-concluded campaign where the Peacocks just about survived relegation on the final day.

Per the Athletic, Chelsea and Tottenham Hotspur are also admirers of the 25-year-old and Leeds will not stand in the way of his departure should a suitable offer for him arrive.

Transfer guru Fabrizio Romano (h/t Caught Offside) recently claimed that Arsenal have been keeping an eye on Raphinha since March, while also adding that an asking price of €55 million has been set with a condition that the fee will not be paid in many instalments.

Raphinha could become the Gunners’ second Premier League transfer of the current window, joining Fabio Vieira who recently completed a switch to the English capital from Primeira Liga champions Porto.

Meanwhile, Mikel Arteta’s men are also pursuing deals for Lisandro Martinez, Youri Tielemans and Gabriel Jesus as they seek to finally secure a long-awaited return to the Champions League after a five-year absence from Europe’s premier club competition.

Arsenal still have six more weeks before their 2022/23 league season kicks off with a trip to Selhurst Park to take on Crystal Palace and the North Londoners will be looking to bolster their options as much as possible.