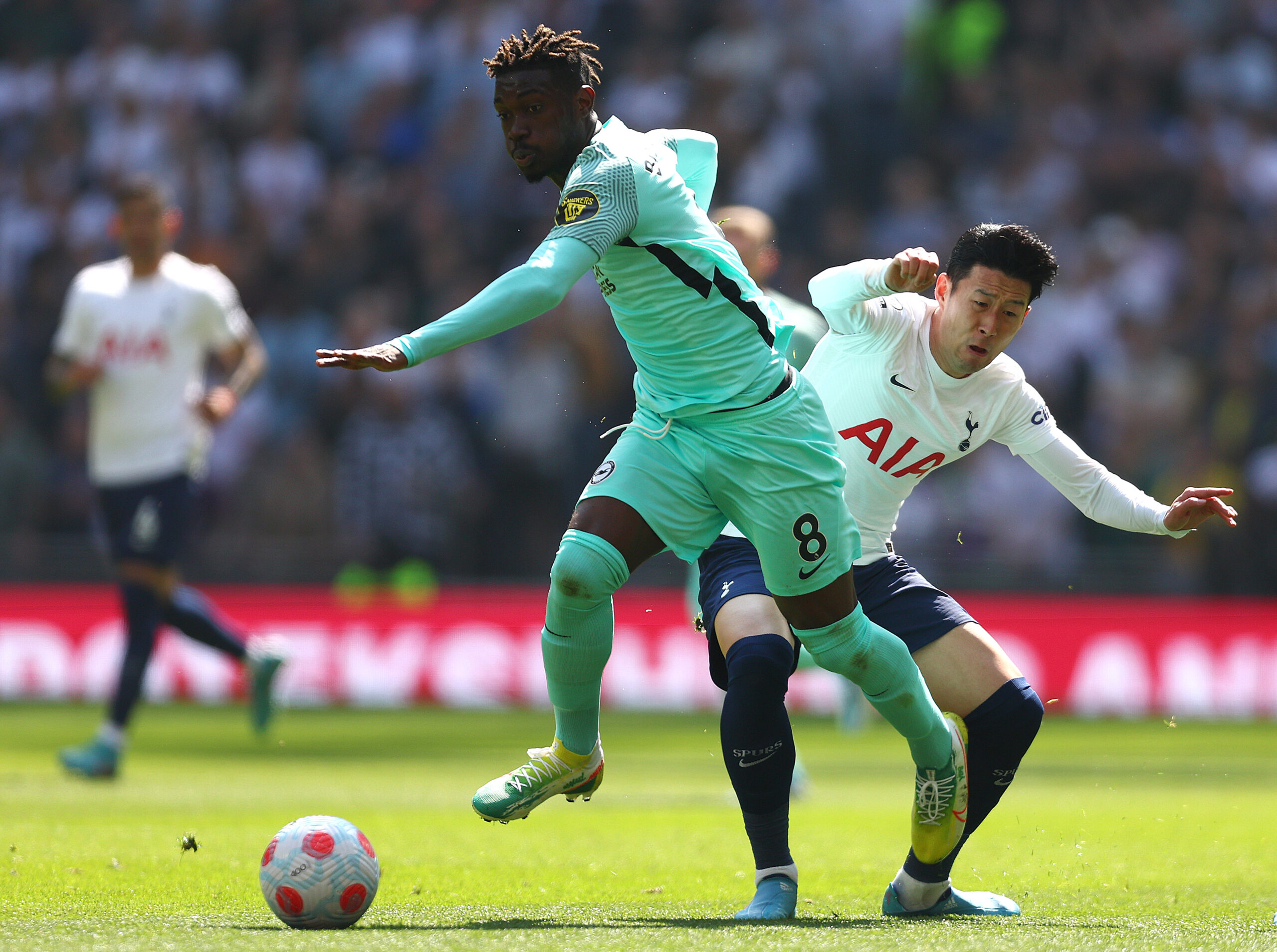 Tottenham Hotspur recently confirmed the transfer of Yves Bissouma from Brighton on a £30 million deal, which came as a blow to many Premier League rivals who had all been keeping tabs on one of the most talented midfielders in the league.

Not only did Spurs manage to snap up a highly-coveted player, but they are also adding more depth to their midfield – the thing Antonio Conte has been working on ahead of the 2022/23 season.

The Italian gaffer wants all bases covered as he is heading into the new season with hopes of a potential title challenge in the Premier League, as well as making a big impact in the Champions League.

Conte led the North Londoners to a successful fourth-place finish against all the odds last season.

Nonetheless, he repeatedly sounded out that Spurs should show a lot of ambition in the transfer market in order to become one of the top-most clubs in Europe.

As a matter of fact, he was hugely disappointed with how things went in January; Luis Diaz was touted to move to Spurs before Liverpool hijacked the deal. The arrivals of Rodrigo Bentancur and Dejan Kulusevski – albeit bargain transfers – were also outweighed by the number of departures, leaving Conte with a thin squad.

Now, the Italian has managed to use Champions League qualification as leverage to receive backing from the Spurs hierarchy.

It is already turning out to be a productive transfer window for the Lilywhites, who have added Fraser Forster and Ivan Perisic to the squad.

Bissouma’s addition is their best yet, as Spurs will now boast one of the stacked midfield line-ups in the Premier League, to a lesser extent in Europe.

Pierre Emile-Hojberg and Bentancur were the key cogs, helping Conte’s side embark on an excellent run in the second half of the last season.

Oliver Skipp’s absence through injury was highly rued by the Italian gaffer, who holds the young English midfielder in high regards.

The 21-year-old is expected to be available for pre-season, while Bissouma’s addition could lead to the departure of out-of-favour star Harry Winks, who is reportedly wanted by Everton.

It wouldn’t be a stretch to call Tottenham’s midfield among the strongest in the Premier League, given the prevailing situation of their rivals.

Manchester United have a lot of work to do to strengthen their options in the middle of the park, with the departures of Paul Pogba and Nemanja Matic confirmed.

Frenkie de Jong is their desired target, but the deal appears to be far from being done for the Red Devils.

Meanwhile, as for fellow London rivals Arsenal, they might have one of the best young squads, but their midfield needs some little mending.

Fabio Vieira’s addition could be a coup, but they need to find a strong central midfielder who can balance both attacking and defensive duties.

Youri Tielemans is the priority target, but it remains to be seen whether the Gunners can get the deal over the line.

As far as Chelsea is concerned, everybody saw the drop in performances of Jorginho and N’Golo Kante last season, which was one of the major reasons for the club’s inconsistent run during the latter stages.

Aside from strengthening the midfield, Spurs are now looking for defensive and attacking reinforcements, with names like Richarlison, Clement Lenglet, Pau Torres, Gleison Bremer and Alessandro Bastoni on the wishlist.