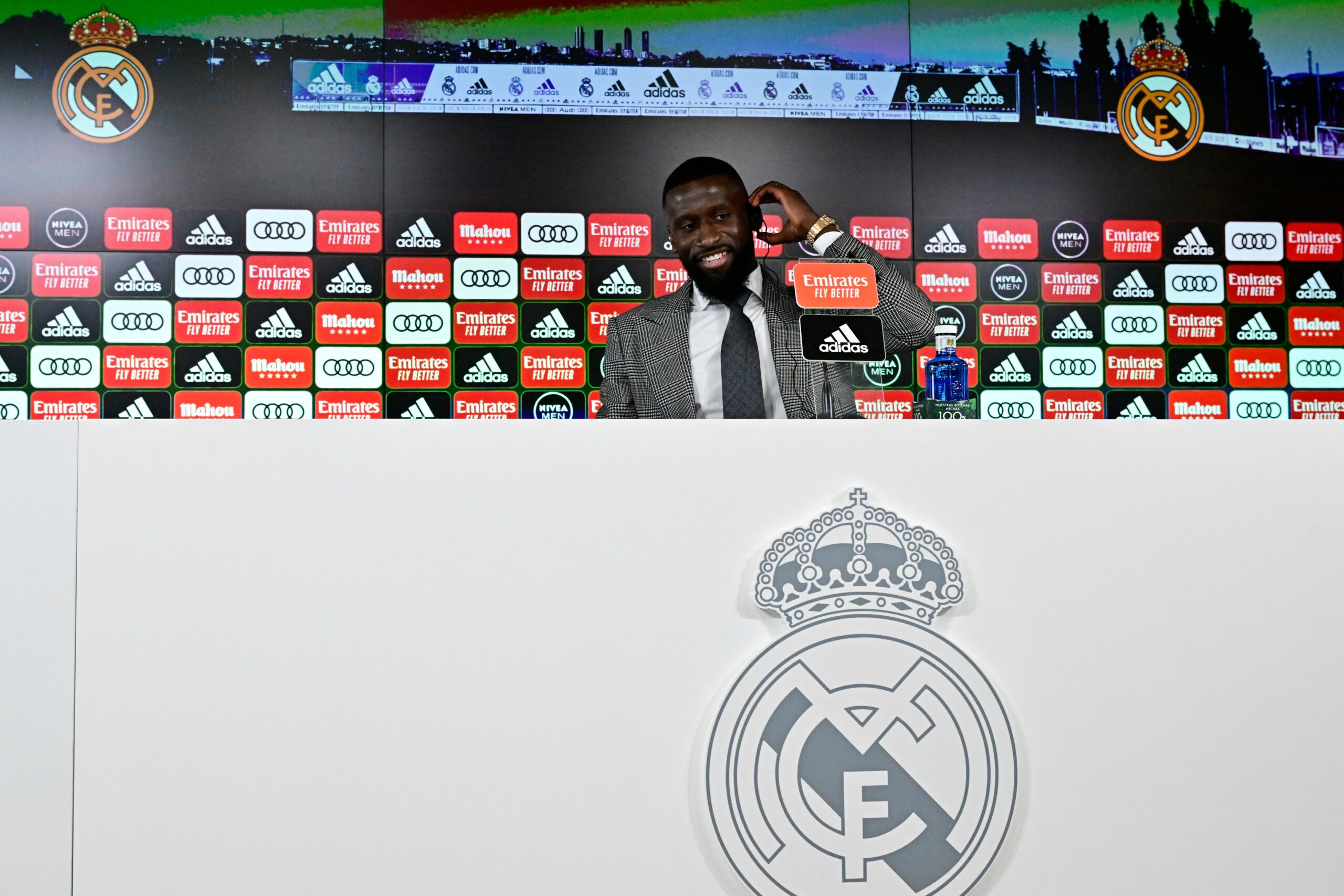 La Liga and European champions Real Madrid have unveiled another summer acquisition in Antonio Rudiger following his switch from Chelsea on a free transfer.

Madrid had already completed the signing of Rudiger in the first week of June but the defender was on international duty then so his unveiling had to wait for a while.

As confirmed via the Los Blancos Twitter handle, Rudiger underwent his medicals this morning at the Sanitas La Moraleja University Hospital prior to his official presentation, while he will also wear the number 22 jersey.

Rudiger expressed his delight to have joined Madrid while speaking to reporters at the club’s training complex.

“I would like to thank my parents because without them I could not be here,” the ex-Roma man was quoted as saying by the Daily Mail.

“They have always supported me and that throughout my life has been very very important.

“I also want to thank the president of Real Madrid for giving me the opportunity to play for this great club.

‘I can promise you that I will give everything for this club; I want to win as many titles as we can.

“Hala Madrid and nothing else!”

The German defender moves to the Spanish capital on a four-year deal having failed to reach an agreement with Chelsea over a contract extension amid the sanctions placed on The Blues at the time.

Rudiger has been one of the world’s best defenders over the last 18 months and was recently voted into the PFA Team of the Year for the 2021/22 season.

Carlo Ancelotti’s men have already had an exciting sneak peek of what to expect from the 29-year-old, who put up a monstrous performance in the Champions League quarter-final second leg between Madrid and Chelsea at the Santiago Bernabeu back in April.