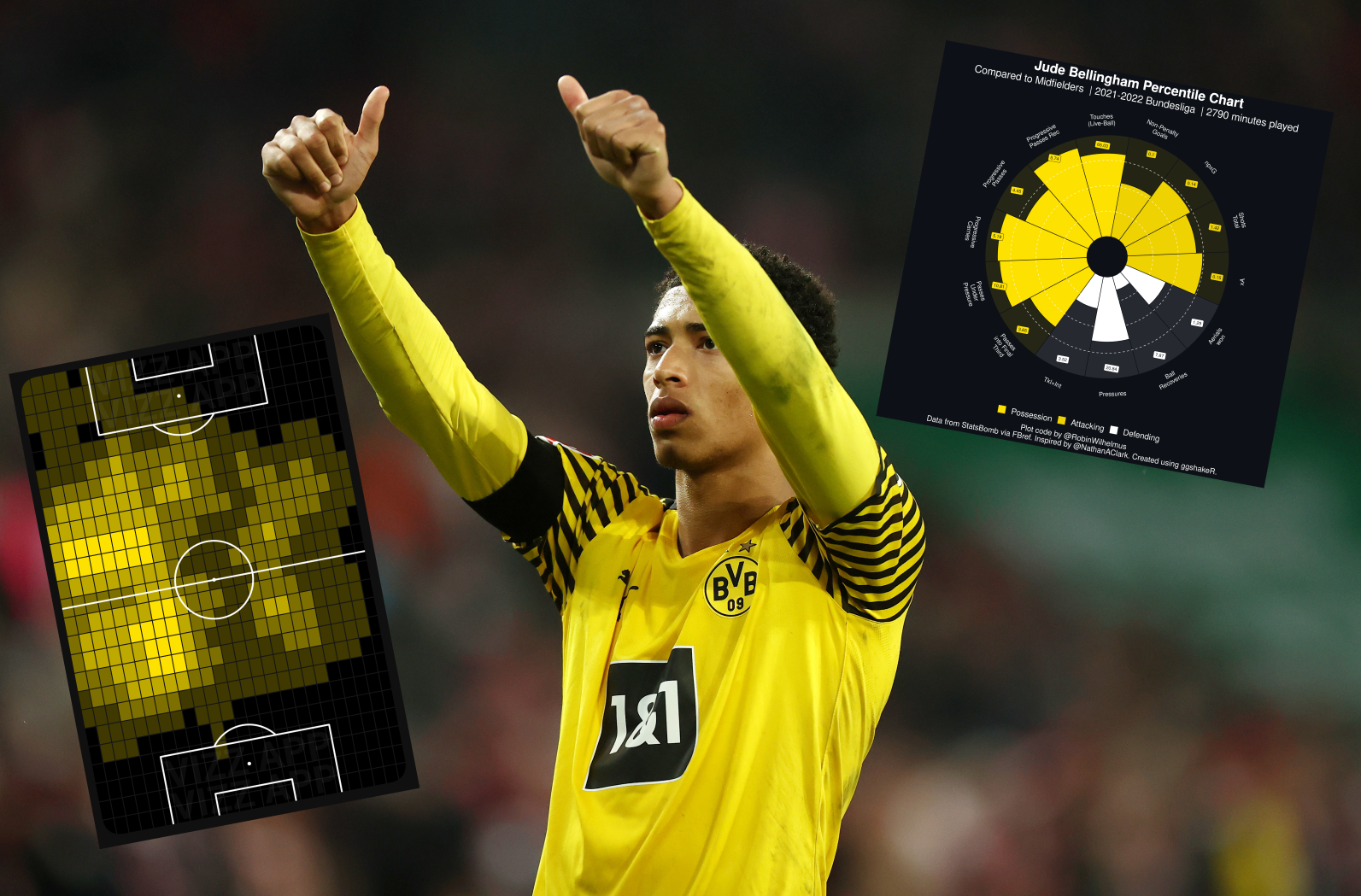 There were 20 players aged 18 or younger that played over 1,000 minutes in Europe’s top five leagues last season. Topping that list is Jude Bellingham, who spent almost 2,800 minutes on the pitch in the Bundesliga as he established himself as a key starter in the second-best side in the country, at least according to the league table.

In fact, Bellingham has played over 1,000 minutes in each of his three professional league seasons, which is quite an achievement for someone who started out as a 16-year-old. He played close to 2,700 minutes in the English Championship for Birmingham City, before moving to Dortmund in the summer of 2020. In his first season in Germany, the teenager started over half of the club’s league matches and played almost 1,700 minutes, and he has only gotten better ever since.

One of the most surprising things about Bellingham is how incredibly versatile he is. In his two seasons at Dortmund, he has played everywhere in the centre of the pitch — from defensive midfield to attacking midfield, left to right, in a trio and in a duo. Additionally, he has also filled in on the wings or even at right-back when his team was short of players in those positions.

Even more impressively, he has shown the capability to do a great job in different roles over the course of a long period of time. In his first season in Germany, the Englishman had more attacking responsibilities, which is clearly shown in his pizza chart by his high volume of progressive passes received and great xG and xA numbers.

Last season, Bellingham was moved into a slightly deeper role where his priority became ball progression, which is why his attacking numbers saw a slight dip but his possession-related statistics improved.

His heatmap from last season highlights that, while also showing how he has been used all over the place in midfield.

As aforementioned, one of Bellingham’s primary responsibilities last season was ball progression, and he did so very well both through passing and carrying. When bringing the ball forward himself, Bellingham showed a tendency to move out to the left.

This was because Borussia Dortmund played quite a narrow system last season, with only the full-backs offering natural width.

On the flip side, this meant regularly that Dortmund had a lot of attackers in dangerous central positions, which is why Bellingham’s progressive passing was targetted to the half-spaces in the final third or even to the box.

Out of possession, there can be absolutely no questions about Bellingham’s defensive work rate. Despite usually being the youngest player on the pitch, he is often the most committed to winning the ball back and is never afraid of getting stuck in, which should explain why he drew more fouls than anyone else in the league last season with 102.

His various roles also have differing defensive tasks, which is why his defensive actions heatmap indicates that he puts in work off the ball both in the opposition half and inside his own half.

The one major area of Bellingham’s game that he should look to improve in the future is his finishing and composure in front of goal. The young Englishman regularly gets into good goal-scoring positions, but he perhaps does not score as often as he should.

Overall, though, Bellingham is immensely talented and incredibly good for an 18-year-old. The fact that he has played over 10,000 minutes at a professional level before even turning 19, including in key Champions League knockout ties and for his national team in the Euros. The versatility he has shown in the process is even more impressive.

The sky is the limit for Bellingham.