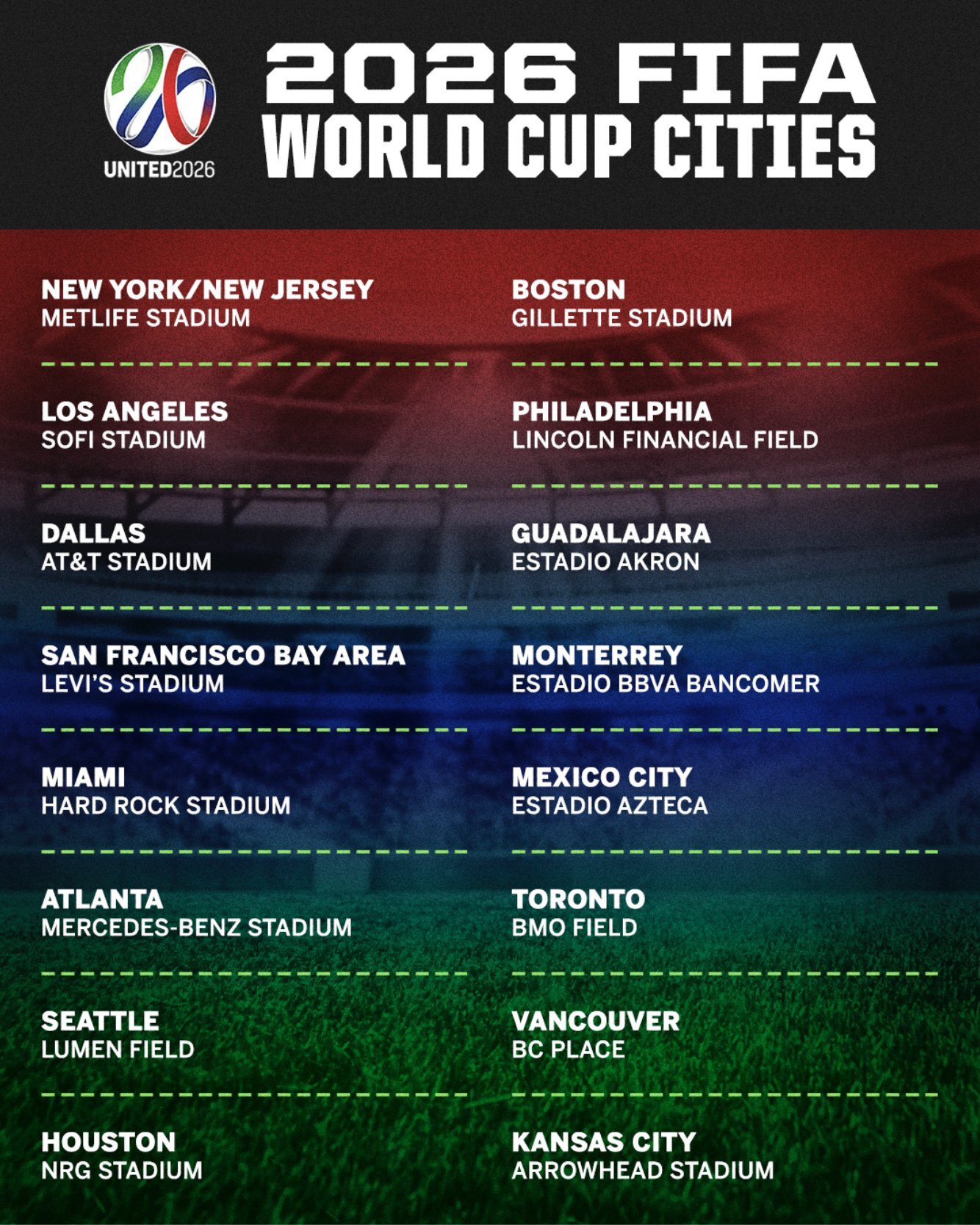 FIFA has revealed the 16 cities that will host the 2026 World Cup in the United States, Mexico and Canada.

The 2026 edition of the global showpiece will be hosted by 11 cities in the US, including Atlanta, Philadelphia and Boston.

Three Mexican cities have been selected as Monterrey is set to play host for the second time, while Guadalajara and Mexico City, who both hosted the tournament in 1970 and 1986, will stage matches.

The World Cup will head to Canada for the very first time as Toronto’s BMO Field and Vancouver’s BC Place Stadium will be used for the quadrennial competition.

This will be the first-ever World Cup with three different hosts and the first with two since Japan and South Korea shared the honours in 2002.

FIFA has also confirmed that the tournament will feature 48 teams for the first time after deciding in 2017 to increase the number from 32.

Sixteen new teams have been thrown into the fray, meaning a new format of three nations drawn into 16 groups will be used, with the top two sides in each group advancing to the round of 32.