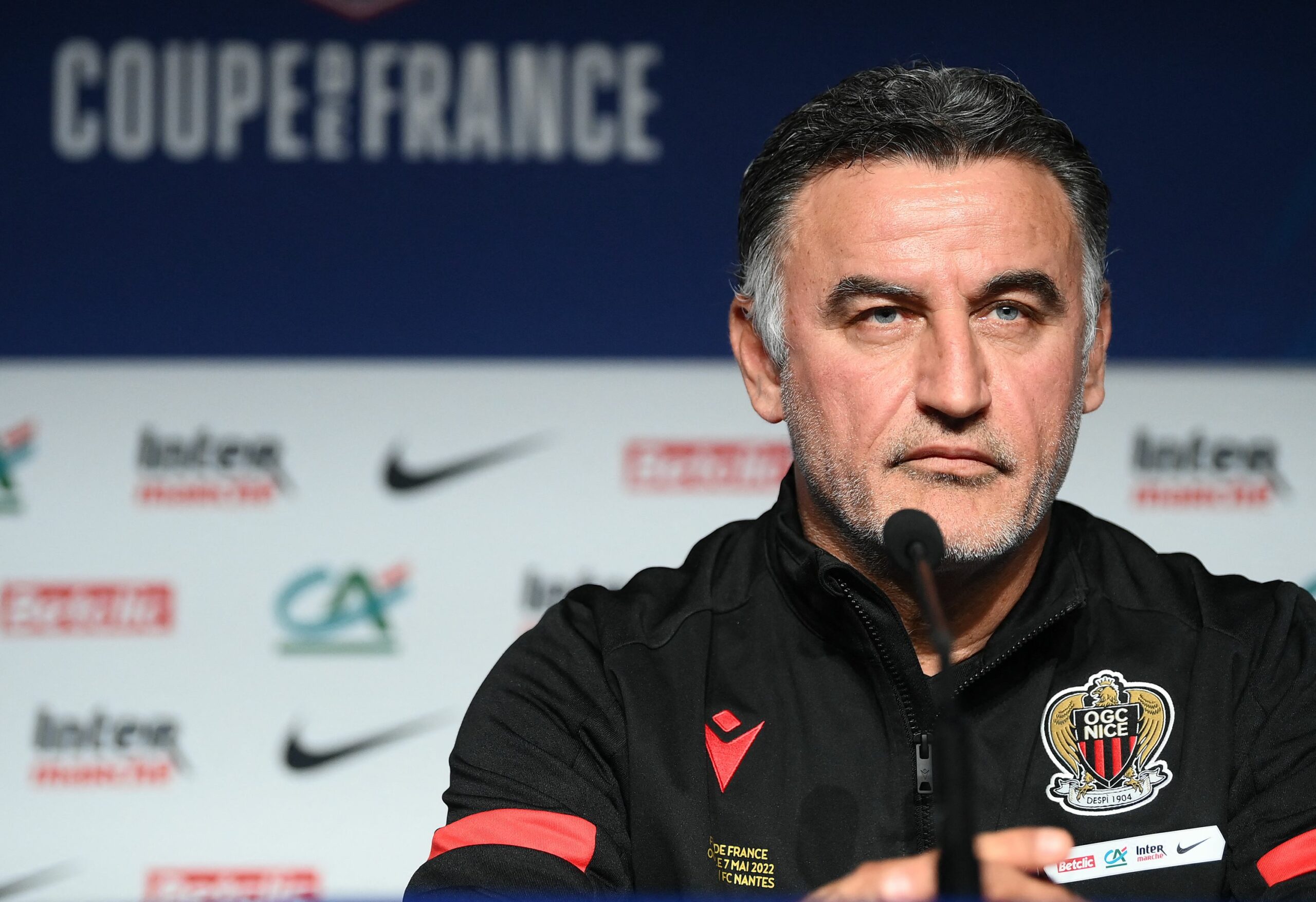 Paris Saint-Germain are set to sack Mauricio Pochettino soon and have identified OGC Nice’s Christophe Galtier as an ideal candidate for the managerial position.

While names like Zinedine Zidane, Thiago Motta, Antonio Conte and Sergio Conceicao have been considered for the job, Galtier seems to be on the top of the wish list of PSG.

New football director Luis Campos is the one pushing for the deal since he has previously worked shoulder to shoulder with Galtier at Lille.

According to RMC Sport, PSG have commenced negotiations with Nice for the potential transfer of Galtier ahead of next season.

The French gaffer turned everyone’s heads by winning the Ligue 1 title with Lille in the 2020/21 season, which also put an end to the dominance of PSG in the French top-flight.

He also helped Nice punch above their weight, finishing fifth in the league last term, meaning they will play in Conference League qualifiers next season.

Galtier has a contract with Nice until 2024, but he is said to be having second thoughts over his continuity.

Meanwhile, Les Aiglons have also identified Lucian Favre as a potential replacement in the event of Galtier’s exit.

Campos believes his former colleague is the right man to lead the project he is set to undertake at the French capital club.

The Portuguese chief will also be hoping to replicate the partnership with Galtier that worked wonders and led to unprecedented success at Lille.

Having resolved the future of Kylian Mbappe by extending his contract until 2025, PSG have now turned their focus towards the summer transfer window, with the likes of Milan Skriniar, Victor Osimhen and Rafael Leao lined up as potential targets.