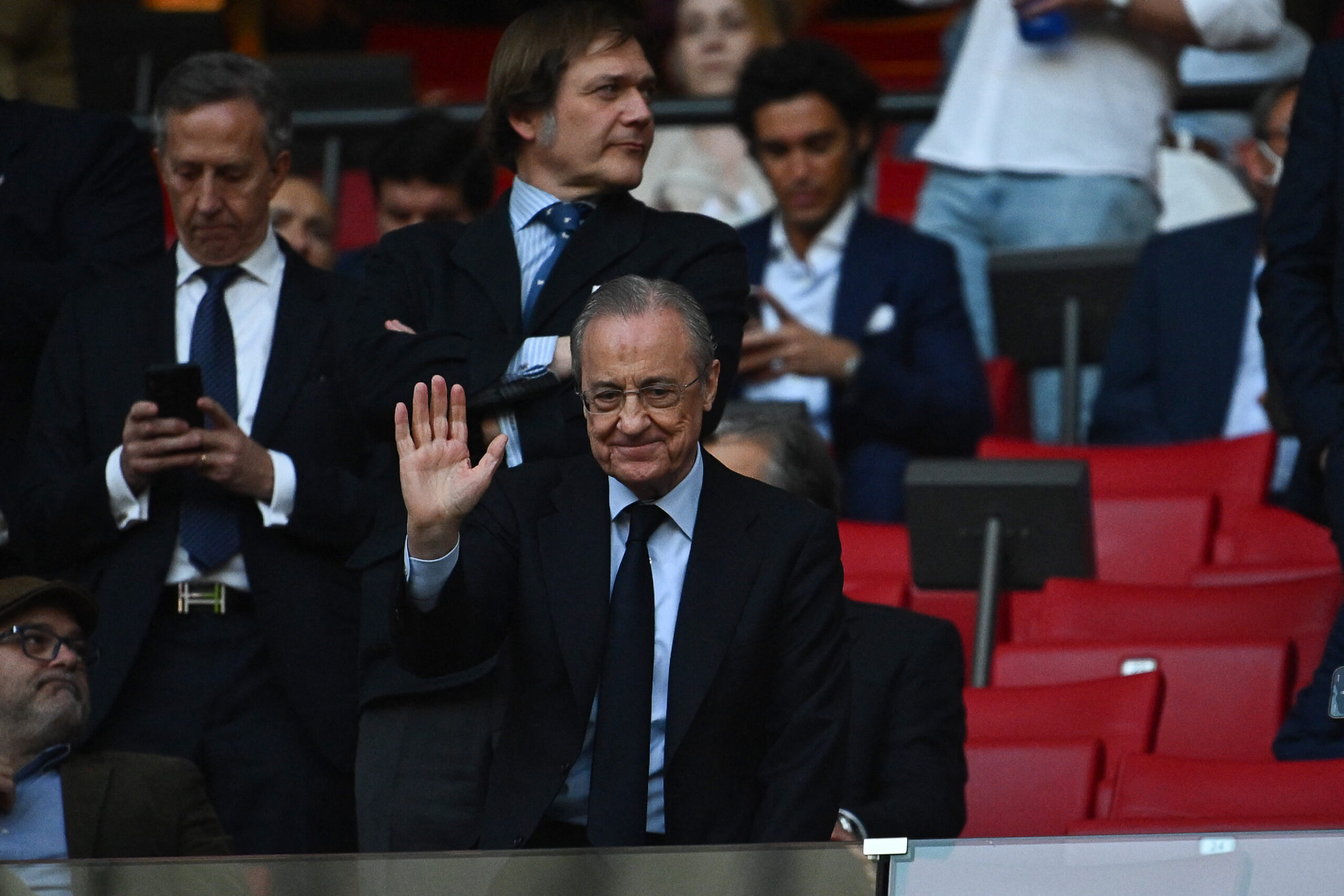 Real Madrid president Florentino Perez has touched on the transfer fiasco of Kylian Mbappe in an interview with El Chiringuito (h/t Marca).

The French superstar was thought to be on his way to Santiago Bernabeu on a free transfer before he made a surprise U-turn and signed a contract extension with Paris Saint-Germain.

It came as a hammer blow for Los Merengues, who had prioritised the signing of Mbappe over everything. However, they have retaliated with the signing of Aurelien Tchouameni in a deal worth €100 million.

Perez has vented his frustrations on Mbappe, claiming that the French forward, who signed a lucrative new deal with PSG, was not the player he was looking to sign.

The Los Blancos chief said: “His dream was to play at Real Madrid, we wanted to do it last August and they didn’t let him leave, he kept saying he wanted to play at Madrid and like 15 days before he changed the situation.

“This is not the Mbappé I wanted to bring, he is another one, who must have changed his dream. He changes, he is offered other things, he is pressured and he is already another footballer. There is no one at Real Madrid above the club. He is a great player, he can win more than others, but it is a collective sport and we have values and principles that we cannot change.

“The Mbappé who was going to come here is not this one. If it is, I prefer him to stay at PSG. I want the one with the dream. Impossible in three years? In three years’ time we’ll all be bald? This Mbappé is not my Mbappé, who refuses to do a publicity stunt with his national team… I don’t want that. It could have been a slip of the tongue, but I think he was mistaken.”

Perez also weighed in on Erling Braut Haaland – who is now a Manchester City player – and why Madrid cooled their interest in him, stating that the presence of Karim Benzema is the real reason.

Perez added: “We have the best 9 in the world and we weren’t going to bring in Haaland to have him on the bench, right? Clause in two years? I don’t know. We have no interest now other than to build the new team with the youngsters we have and some reinforcement.”

The 75-year-old also offered his thoughts on the commotion in Paris outside Stade de France during the Champions League final, where Los Blancos beat Liverpool.

Perez questioned UEFA for the change of venue and condemned the French government for the lack of safety measures.

Perez on chaos at Stade de France: “That spectacle can never happen in life, we ask UEFA what criteria are taken into account for the change of venue and the French government why they have unprotected us all. The fans suffered robberies and violence. Why was this site chosen if everybody knew that either you have big measures or there are problems? Some people had to spend the night in the hospital. Let them tell us why they chose Paris. They say that since we played a game against PSG and lost 1-0 and between that game and the return leg is when the change of venue happens, there are people who think that those who win there said they were going to win at the Bernabeu and see if they made it to the final.”