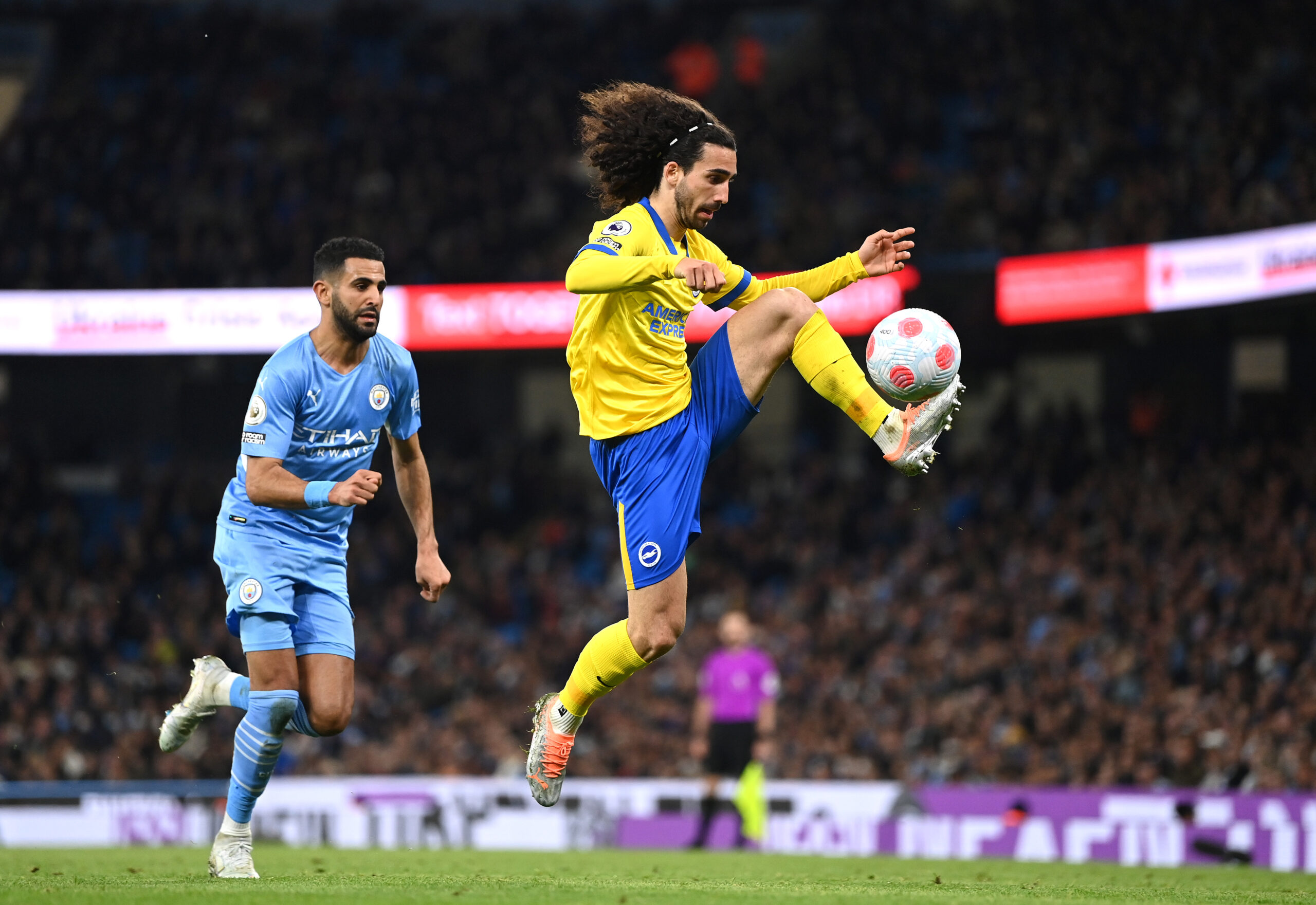 Manchester City are prepared to submit an offer to Brighton & Hove Albion for the services of Marc Cucurella, according to Fabrizio Romano.

Unsurprisingly, the Spaniard has been linked to two of the Premier League’s heavyweights in Chelsea and Manchester City but it is the latter who are now set to launch an official proposal to snap him up.

The English champions, who have made one of the biggest Premier League transfers of the current window by landing Erling Haaland, could certainly do with a new left-back this summer having fielded Joao Cancelo in that position for the majority of the just-concluded campaign.

Cucurella admitted last month that he was pleased to have attracted interest from top clubs and that ‘there are teams that you can’t say no to’ although he did add that he was not in contact with Pep Guardiola at the time.

“The goal [at Brighton] was to develop so the big clubs can take notice,” Cucurella told Jijantes.

“If the opportunity arises, you have to take advantage of it – there are teams that you can’t say no to.

“No, sincerely no [Pep Guardiola has not called] but of course, there are rumours.

“If people are talking like this about you, it’s a good thing.

“We are calm; the most important thing right now is to rest.”

Brighton have slapped a £50million price tag on Cucurella, while Graham Potter’s men have reportedly identified Porto’s Zaidu Sanusi as a potential replacement.

Meanwhile, the Seagulls are also set to bid farewell to Yves Bissouma with the Malian midfielder now closing in on a switch to Tottenham Hotspur.