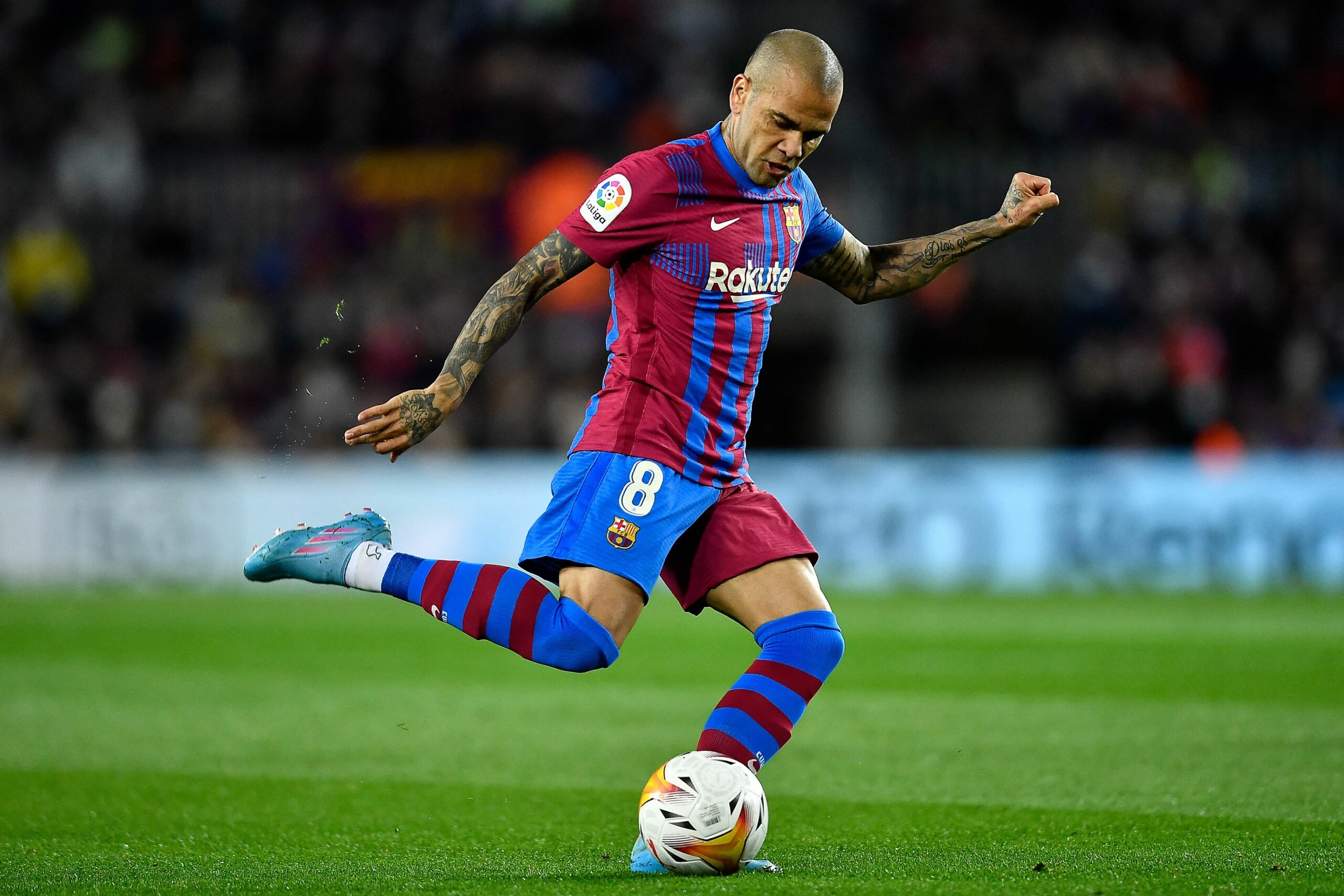 Brazilian international Dani Alves has revealed he will leave Barcelona at the end of the month, bringing an end to his second stint at the club.

The veteran full-back signed a short-term deal with Barca last December, confirming his return to Camp Nou five years after leaving for Juventus.

Alves made 16 appearances across all competitions for Barcelona in his six-month spell, scoring one goal and registering three assists.

However, both parties are now set to part ways for the second time after the 26-time La Liga champions opted against offering a new deal to the 39-year-old.

“Now is the time for our farewell,” Alves wrote via Instagram.

“But this wouldn’t be a goodbye without first thanking all those behind the spotlights, all those who do that ours is perfect, to all of them; THANK YOU.

“I would also like to thank all the staff for the opportunity they gave me to return to this club and be able to dress that wonderful shirt again, they do not know how happy I am…. I hope they do not miss my madness and my happiness every day.

Alves had previously expressed his desire to extend his contract with Barcelona until the end of 2022 to bolster his chances of making the Brazil World Cup squad.

The veteran full-back, who started both friendly victories over Japan and South Korea earlier this month, has been a key figure for the Selecao and is eyeing a potential last dance at the World Cup.

The Spanish giants, who want to bolster their defensive ranks ahead of the upcoming campaign, recently tied down Sergi Roberto to a new one-year contract extension, while they remain heavily linked with Chelsea’s Marcus Alonso and Cesar Azpilicueta.