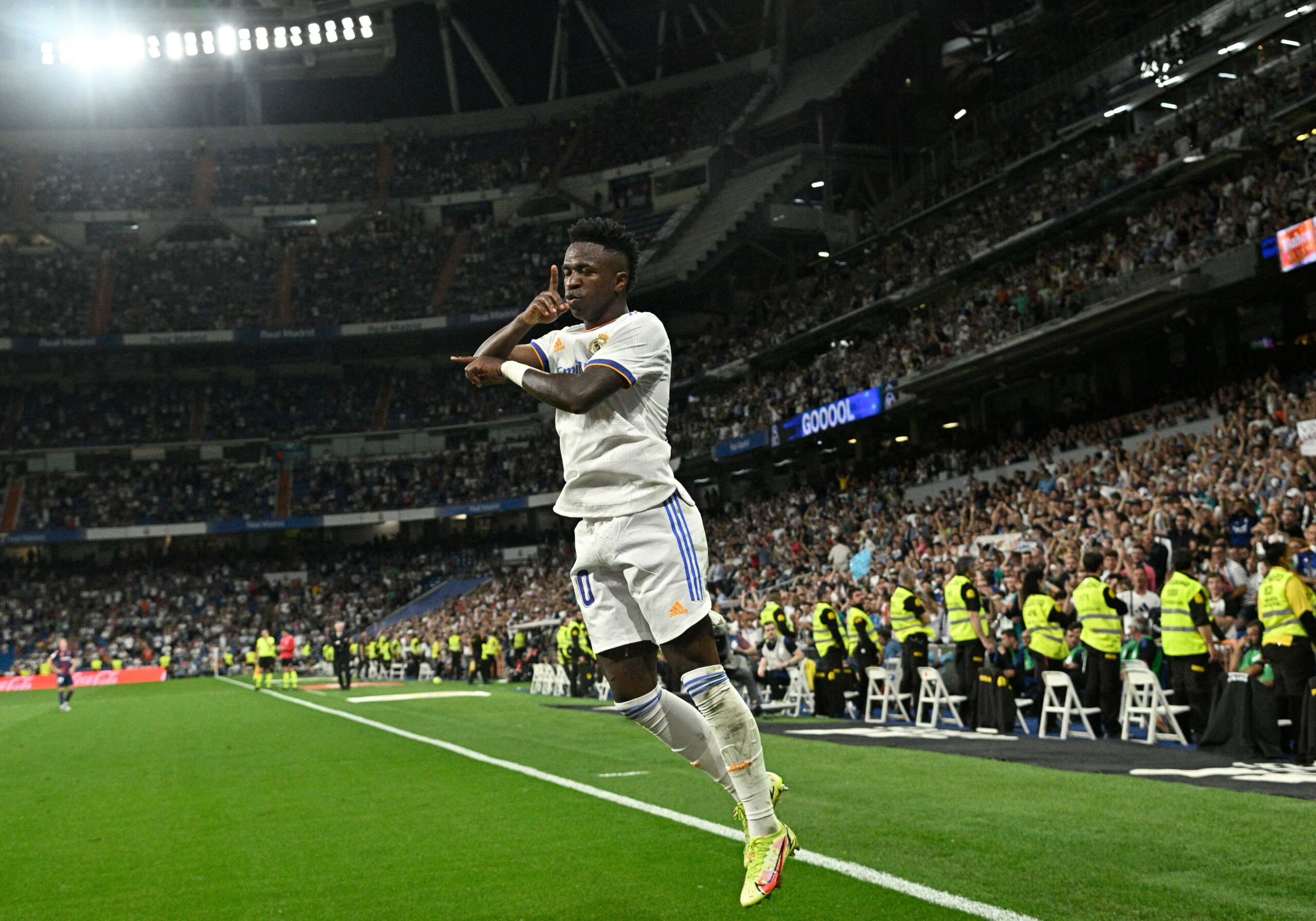 Brazilian forward Vinicius Junior has agreed terms with Real Madrid on a new four-year contract, according to Fabrizio Romano.

Per the report, the deal includes a €1 billion release clause and will see the former Flamengo man become one of the highest earners at the club.

Four years on from when Real Madrid forked out a staggering €45m to sign the 21-year-old, it is safe to say that he has proven to be worth every penny.

Tasked with filling the huge shoes left behind by the departure of club legend Cristiano Ronaldo, Vinicius Jr initially struggled to impose himself in the Spanish capital.

However, he burst onto the scene in the 2021-22 campaign, racking up 22 goals and registering 16 assists in 52 appearances for Madrid across all competitions.

Alongside strike partner Karim Benzema, Vinicius Jr was instrumental in Los Blancos’ La Liga title triumph while also scoring the winner against Liverpool to secure a record-extending 14th Champions League crown back in May.

Madrid have now opted to reward Vinicius Jr for his stellar performances and tabled a new deal which would keep him around until 2026.

Vinicius Jr, whose current contract expires in 2024, is believed to be one of the lowest-earning players in the first team with a net salary of around €3.2m.

However, the Brazilian’s new deal will see him surge into the upper echelons of the salary rankings at the club, while Madrid have also bumped up his release clause to a whopping €1bn.

Vinicius Junior has scored 37 goals and provided 31 assists in 169 appearances since his move in 2018 and boasts the Champions League, FIFA Club World Cup and two La Liga titles to his name.

Carlo Ancelotti’s side have also tied down star midfielder Luka Modric to a new one-year deal, while Romano reports that the club are preparing a contract extension offer for Eder Militao.