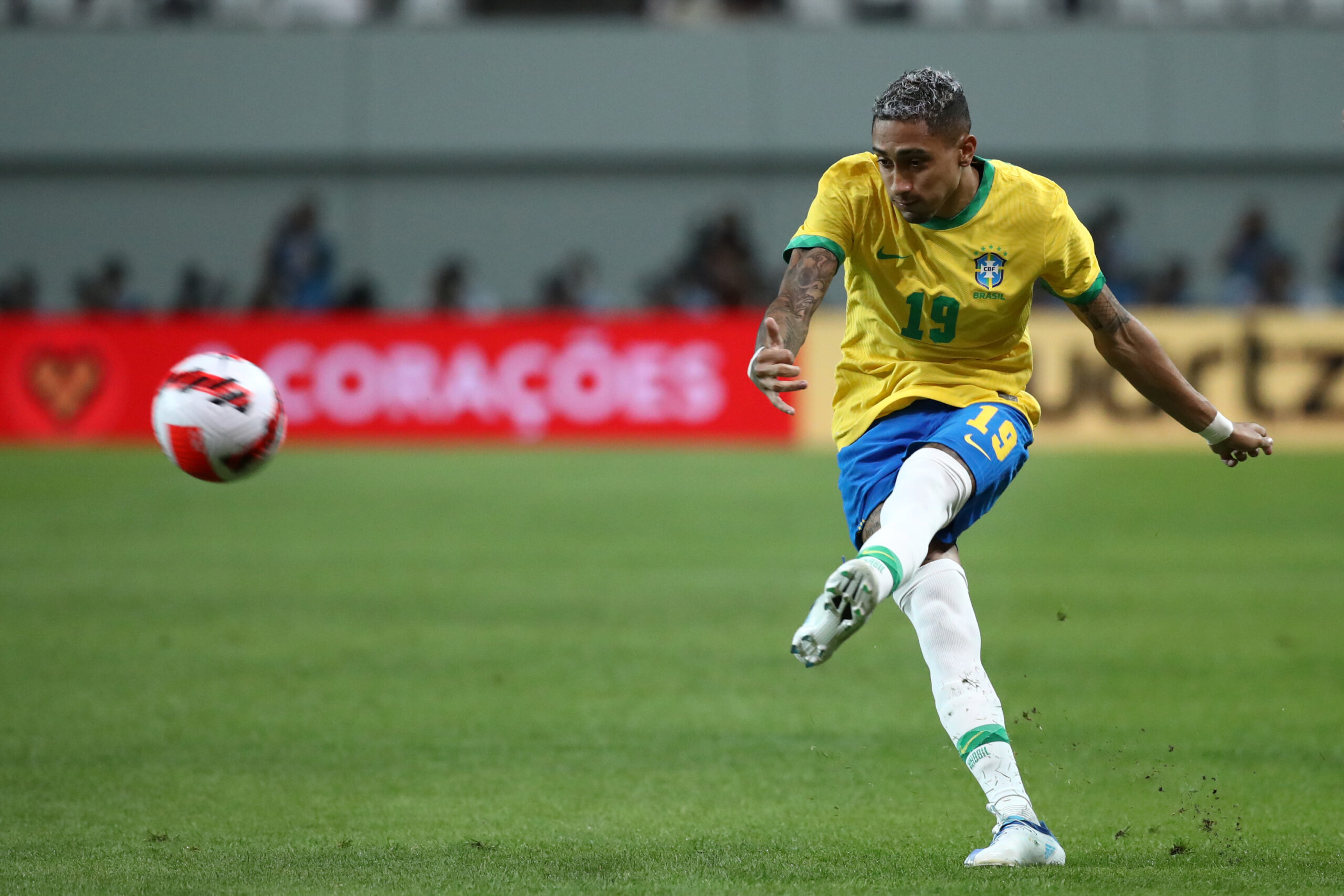 Premier League duo Arsenal and Tottenham Hotspur have joined the race for Leeds United winger Raphinha, per a report from The Athletic.

Barca have been leading the race for the Brazilian winger after reportedly reaching a verbal agreement, however they have been hit with a stumbling block.

Leeds avoiding relegation means that they have set a whopping €55 million price tag for Raphinha, which is something Barca are pondering about.

The Catalan giants’ financial struggles, coupled with their priority to sign Robert Lewandowski, make it uncertain whether they would be able to get their hands at Raphinha.

It has opened the doors for other suitors, with the North London duo showing interest in the 25-year-old.

Leeds’ intention is to keep hold of the former Rennes star, but they are expected to not stand in his way should a suitable offer arrive.

Chelsea have also been credited with an interest in Raphinha, but their priority turns out to be Barca winger Ousmane Dembele, whose contract expires this month.

It remains to be seen whether the Gunners would be ready to pay such a staggering amount when their priority is signing Manchester City forward Gabriel Jesus.

Furthermore, Mikel Arteta has a solid right-winger in Bukayo Saka, who will be an indisputable starter next season.

Elsewhere, Spurs manager Antonio Conte is weighing up his options in the summer transfer window as he is eyeing new signings to build a formidable squad.

The Italian gaffer invested in Dejan Kulusevski from Juventus in January, which turned out to be a great move as the Swede went on to make a big impact in the Premier League.

It will be interesting whether the Lilywhites would go after another winger like Raphinha when they have Kulusevski at his disposal.