England 2022 World Cup squad prediction: Who will start, and who could be left out? 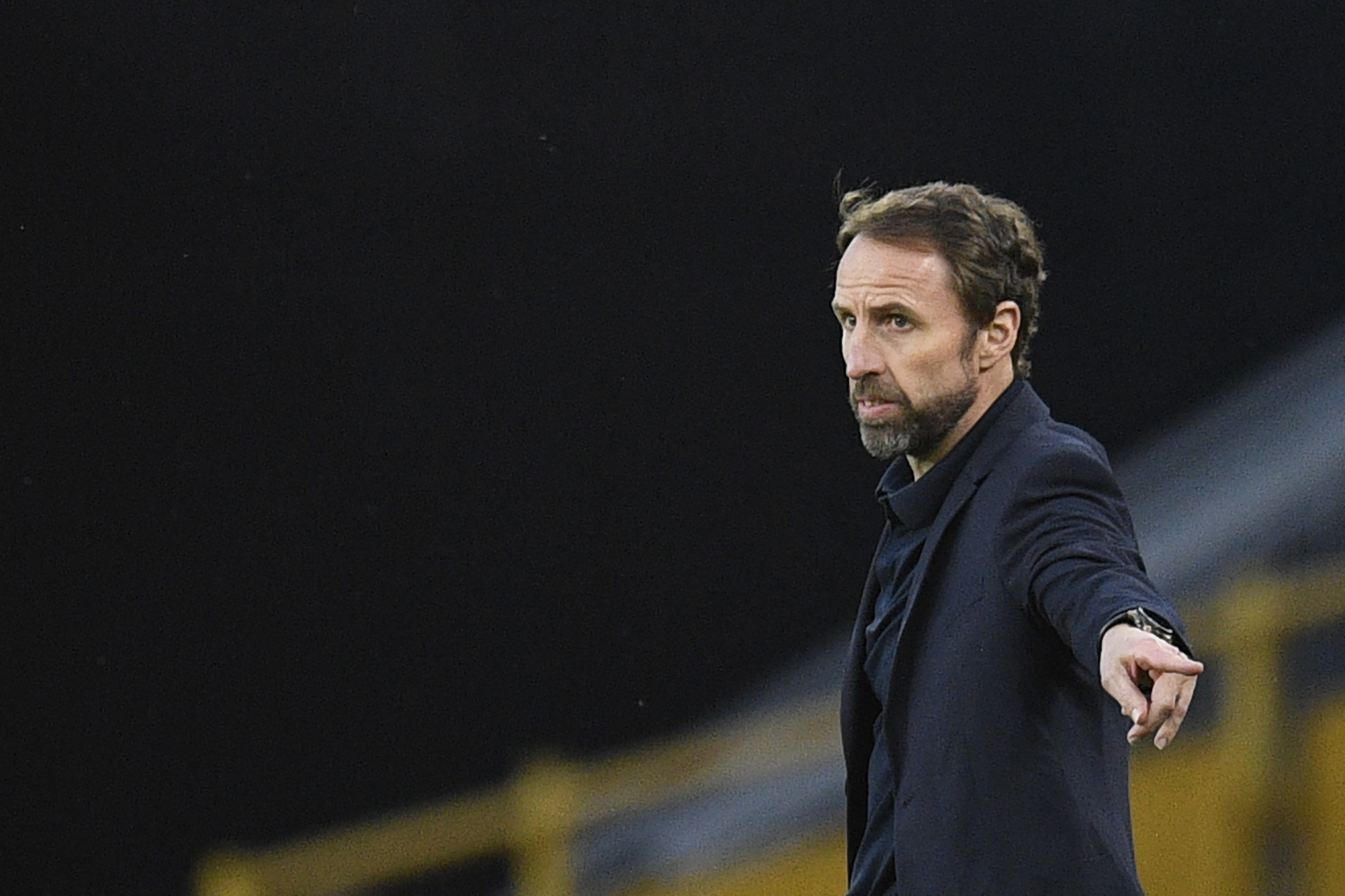 The World Cup is around five months away, and England are currently among the favourites with the bookies to compete for the trophy. They reached the semi-finals four years ago, and lost last summer’s Euro 2020 final on penalties.

However, the expectations have dropped like a stone over the last two weeks. The Three Lions played four matches and looked way off the pace, picking up two points while scoring just once. The 4-0 humbling to Hungary at Molineux has left many dreading the upcoming tournament.

The matches were experimental, with 24 different players getting a run out. For many of these, this round of fixtures was an opportunity to stake their claim for a seat on the plane to Qatar.

Despite the dismal results, did anyone do enough to boost their chances of being in the final 23-man squad for the World Cup? Here is our predicted England squad for the tournament.

Jordan Pickford (GK) – Prior to the international break, many debated over who should wear the gloves for England. Jordan Pickford has been the regular number one over the last few years and has rarely let the side down, but Arsenal’s Aaron Ramsdale had enjoyed a fine debut season at the Emirates Stadium.

Ramsdale got his chance to impress manager Gareth Southgate in the home fixtures to Italy and Hungary. In the former, he performed well, but he was a disaster in the latter. Consequently, it looks like Pickford will continue to start between the sticks.

Declan Rice (CM) – Declan Rice has been at the centre of a lot of transfer speculation, with West Ham United reportedly demanding nine figures for their star man. And, while the transfer fee may be excessive, it’s difficult to argue that he isn’t England’s best midfielder.

Just look at the Hungary defeat on Tuesday. Rice was rested, and they looked hopeless without him. If he hadn’t already, he has now cemented his place in the starting XI.

Harry Kane (ST) – One goal in four appearances, with that strike coming from the penalty spot – it’s not been a great international break for Harry Kane.

However, no one else managed to get on the scoresheet either. He is still England’s standout player. If he’s fit, he starts.

Kyle Walker (RB/CB), Harry Maguire (CB), John Stones (CB) – We’ve decided to group these three together, as they work as a unit.

Kyle Walker, Harry Maguire and John Stones have been starters in each of England’s last two tournaments, and have proven to work well together. At last summer’s European Championships, they helped their side to five clean sheets from a possible seven, and didn’t concede a single goal from open play.

Breaking up a defensive unit with such an impressive record is a risk, and recent games show that perhaps it’s the wrong idea. Alternative options were given their chance to impress, yet haven’t done enough to force their way onto the team sheet.

Mason Mount (CM/RW) – Mason Mount is an odd one. He has clearly earned Southgate’s trust, but his performances in an England shirt have done little to back this up.

Despite this, he starts almost every big game for the Three Lions. Over the last four matches, others got their chance and didn’t make enough of an impact. Expect the Chelsea man to remain in the line-up.

Raheem Sterling (LW) – Raheem Sterling was one of many English players who underperformed in the last two weeks. He featured in three matches, failing to register a goal contribution.

Nonetheless, he was arguably England’s best player at Euro 2020. His pace and off-the-ball movement are a key part of Southgate’s set-up, so it’s difficult to see him being left out.

Ben Chilwell/Luke Shaw (LB/LWB) – Both of these players were absent from the latest squad with injuries. The likes of Kieran Trippier, Reece James, and James Justin deputised in the left-back role, but all looked unconvincing.

Having a right-footed player at left-back has been a major hindrance. When Ben Chilwell and Luke Shaw return to full fitness, they will surely be in contention to start.

Shaw started last summer, and had a fantastic tournament. However, a disappointing season with Manchester United may have seen him fall down the pecking order.

The Leeds United man played almost every minute at Euro 2020 as part of an impressive central midfield duo. However, his recent performances have drawn some question marks over his place in the line-up.

Bellingham has emerged as one of the brightest young talents in the world, and is undoubtedly the more glamorous option of the two. He had a chance to impress Southgate in the last four games, but looked far from his best.

Trent Alexander-Arnold (RB/RWB), Reece James (RB/RWB), Kieran Trippier (RB/RWB), Phil Foden (RW), Bukayo Saka (RW) – Whoever takes the final spot largely depends on the formation that Southgate chooses. In his time as manager, he has alternated between a 3-4-3 and a 4-2-3-1.

In the back four, Walker often starts at right-back and Mount in the central attacking midfield position. This leaves a spot at right-wing open, which would likely go to Phil Foden or Bukayo Saka.

In the back five, Walker would be a centre-back and Mount would be out wide, leaving the right-wing-back role unfilled. Kieran Trippier has been Southgate’s main man there, but the younger options of Trent Alexander-Arnold and Reece James could be too tempting to leave out.

In a squad of 23, there probably won’t be enough room for six full-backs. Walker seems to be the only one whose place in the squad is completely secure. The remaining five could all start, or could potentially be left at home.

Aaron Ramsdale (GK), Nick Pope (GK) – Despite his poor showing against Hungary, Aaron Ramsdale is still almost certain to be in the squad in Qatar. His displays for Arsenal have earned him enough credit in the bank to establish himself as Pickford’s understudy.

As for the third choice, Burnley’s Nick Pope is looking like the most probable option at the time of writing. Despite his relegation, the goalkeeper is an adequate option.

Fikayo Tomori (CB), Ben White (CB) – It’s difficult choosing four centre-backs for England, as there are several vying for a place in the squad. We’ve selected Fikayo Tomori and Ben White as our most likely picks.

The AC Milan defender has enjoyed a fine season, helping the Rossoneri to their first Serie A title in over a decade. As a result, many have called for him to start regularly for the national side. His performance against Italy probably wasn’t enough to convince Southgate to keep him in the line-up, but it won’t have done too much damage to his chances of being on the plane.

As for White, he was absent from the last squad through injury. Given how poor the performances were, this may have been a blessing in disguise for the 24-year-old.

The Liverpool captain continues to be a reliable player for Jurgen Klopp’s men. His energy, work rate and leadership are useful to any side.

Jack Grealish (CM/LW) – One of the few positives from the last two weeks was Jack Grealish’s cameo against Germany. The £100 million man came on and instantly turned the tide of the game, eventually helping England grab an equaliser.

During the summer, he was Southgate’s go-to impact substitute. He can be very effective in that role, and will likely be trusted to do so in Qatar.

Tammy Abraham (ST) – Tammy Abraham has been rejuvenated in Serie A, finishing as the league’s fourth-top goalscorer with 17 goals.

This won’t be enough to oust Harry Kane from the starting XI. However, if the Tottenham Hotspur forward was to be absent for whatever reason, Abraham seems like the next in line.

Also in the picture

Dean Henderson (GK) – In the lead up to Euro 2020, some wanted Dean Henderson to start. However, a season stuck on the bench at Manchester United has seen his stock fall through the floor. If he gets a move away and starts playing well, he could work his way back into the squad.

Marc Guehi (CB), Conor Coady (CB), Tyrone Mings (CB), Eric Dier (CB) – As we said, there are a wide range of centre-backs competing for places in the England squad. Although, in a squad of 23, some are going to have to be left at home.

Marc Guehi has been in the squad lately, but he hasn’t done enough with his opportunities. Conor Coady was also selected this June, but only featured in the 1-0 loss to Hungary.

Tyrone Mings was the first in reserve at Euro 2020, starting the first two matches while Maguire was recovering from injury. He impressed in those two outings, keeping clean sheets in both. One year later, he was left out of the squad entirely. It’s difficult to see where he stands.

Finally, there have been shouts for Eric Dier to return to the international set-up. It’s been over a year since his last call-up, having missed out on the Euro 2020 squad. But the arrival of Antonio Conte has boosted his profile, and he could be back in contention for more England caps.

James Ward-Prowse (CM), Conor Gallagher (CM) – There were some raised eyebrows when James Ward-Prowse was omitted from the Euro 2020 squad. He has since earned several more caps, and could just about squeeze into the World Cup side. But we believe he’ll narrowly miss out again.

Conor Gallagher made his breakthrough this season while on loan at Crystal Palace. He has also put pressure on that final central midfield spot, but has probably not quite done enough.

Jarrod Bowen (RW), Emile Smith Rowe (CM/LW) – England have a lot of talent in creative areas. As a result, there will be some very good players omitted from the squad.

Out of these two, Jarrod Bowen is the most likely to be included, having been in the latest roster. But he’s unlucky to be competing with a number of top players. Despite this, an explosive start to the season could see him keep his place.

Marcus Rashford (LW/ST), Jadon Sancho (LW/RW) – With these two, the situation is a little bit different. A year ago, there was little doubt over their places in the squad. They were both very highly regarded forwards, with a combined total of 69 England caps.

However, the pair have had underwhelming seasons with Manchester United, and now find themselves on the fringes. Nonetheless, if new manager Erik ten Hag can get them back to their best, they could give Southgate a selection headache ahead of the World Cup.

Calvert-Lewin seems like the most natural replacement for the captain. He’s a similar build, good in the air, can link up well, and is capable of scoring goals. If he finds form early on next season, he could earn his way into the squad for the World Cup.

Watkins is a very different type of player, who prefers to run in behind. He could be selected if Southgate wants a different option up front.