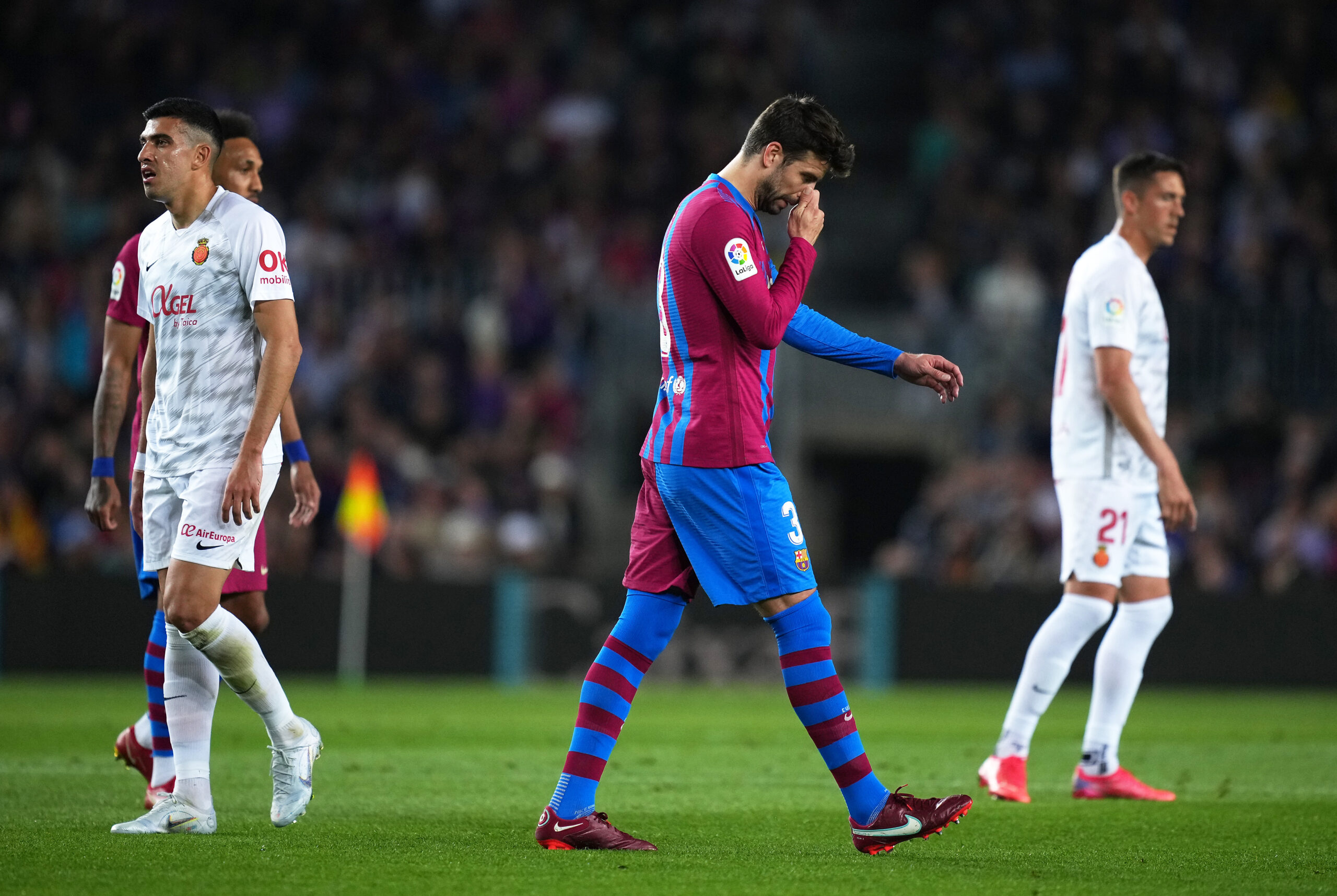 Barcelona defender Gerard Pique’s career is in peril after being reportedly informed by manager Xavi that he is surplus to requirements.

According to Sport, Xavi has informed his colleague and friend Pique that he wouldn’t be considered for the starter role even if he were to stay at Camp Nou next season.

The Blaugrana manager is said to have been disappointed with Pique’s antics off the field – his business endeavours and controversies in personal life – and his fitness issues.

Xavi wants a young defence next season, and he doesn’t see Pique in his plans.

However, the 35-year-old, who is contracted until 2024, is by no means willing to give up and wants to be an integral part of the squad next season.

The veteran defender has also reportedly made it clear that he would train harder in the pre-season to remain fit heading into the 2022/23 season.

At the same time, Barca don’t want to leave Pique behind wholeheartedly as they believe his presence will be vital in persuading fellow teammates to accept lower salaries given the current financial crisis.

Perhaps, the Spanish centre-back was the one who first came forward to take a significant pay-cut last season, with his teammates following him later.

Pique’s performance has been subject to criticism over the past few seasons as he is no longer the player he used to be in his prime years.

Nonetheless, the Spaniard has been rock solid under Xavi’s leadership, playing a pivotal role in the Catalan club’s revival during the second half of the last season, eventually finishing second in La Liga.

Pique’s declining age and fitness issues might be against him, but Barca can’t afford to lose his presence next season when they look to challenge on all fronts.