England 0-0 Italy: Which players made an impression for the Three Lions? 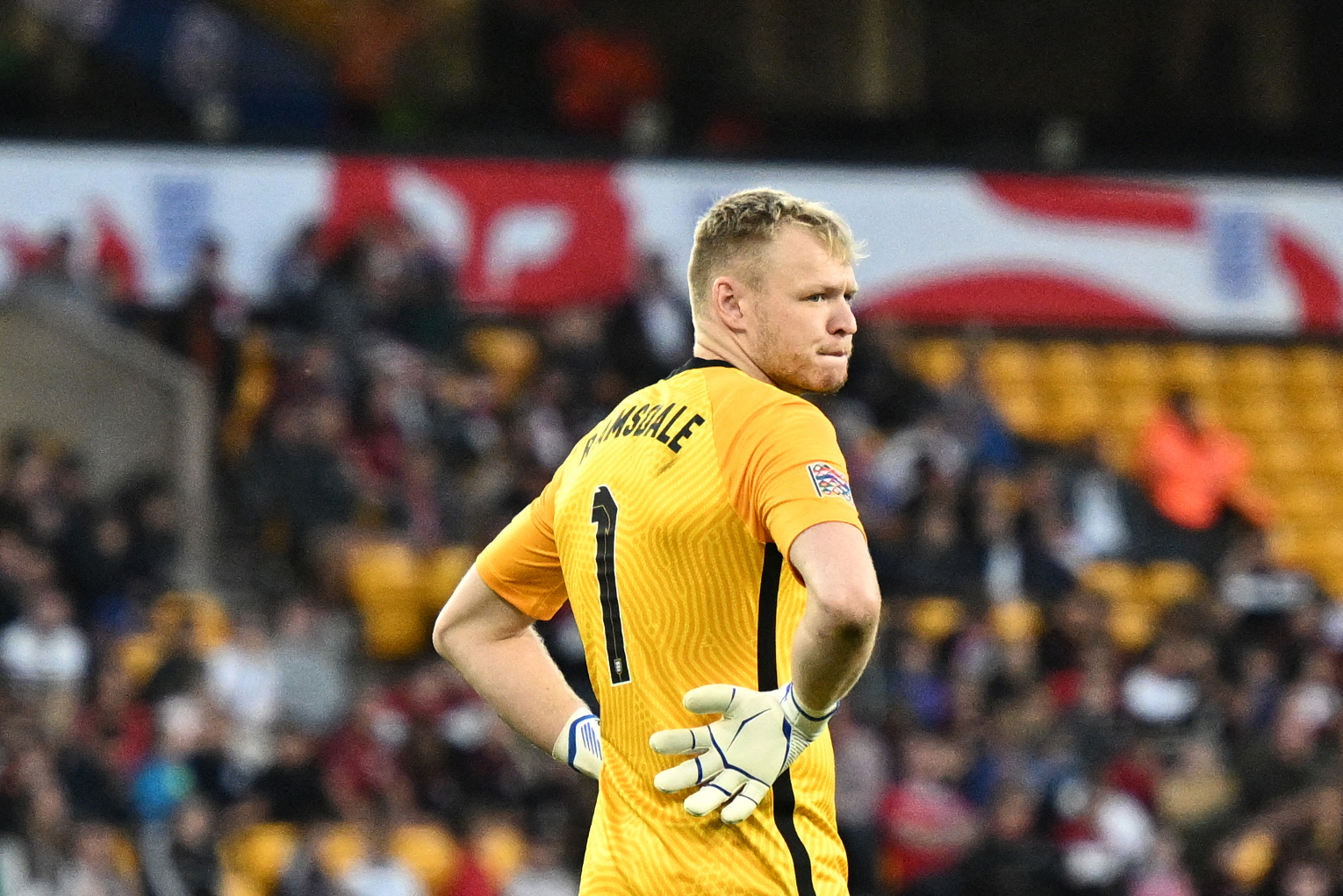 England’s wait for a win in the Nations League continues, as they were held to a goalless draw by Italy.

Both sides had chances to open the scoring in the first half. Mount struck the bar and Jack Grealish had an effort blocked inside the box, while Davide Frattesi fired wide when through on goal and Sandro Tonali was denied by Aaron Ramsdale.

After the break, Sterling had a glorious opportunity to break the deadlock when he was found by Reece James’ cross. But, with the goal at his mercy, he couldn’t hit the target.

There wasn’t much else to talk about during the match. The game finished 0-0, leaving England without a win from their opening three Nations League matches. As a result, they sit bottom of the group. In contrast, Italy are top with five points from three outings.

Manager Gareth Southgate saw this game as an opportunity to give some of the fringe players a go. He made six changes from the fixture against Germany, with a number of unfamiliar faces getting a start. Did those players do enough to force their way into the starting XI?

Having enjoyed an impressive debut season at Arsenal, many have called for Ramsdale to be England’s first choice goalkeeper. Saturday’s performance would only have enhanced his claim to the gloves.

The 24-year-old put in a fine display against the Azzurri. He was called upon to make three saves in the first half, most notably one to keep out Tonali’s close range effort. And, aside from one poor pass in the second half, he didn’t put a foot wrong.

Jordan Pickford has been a regular for England under Southgate, and one game likely won’t change that. However, the pressure on the Everton stopper has just cranked up a notch.

Competition for the right-back spot in the England national team is intense. Southgate has Kyle Walker, Trent Alexander-Arnold, Reece James, and Kieran Trippier to pick from.

In a back four, it’s usually Walker who starts. However, James was given a go on Saturday. Did he take his chance?

It’s difficult to say. He gave us glimpses of what he’s capable of, but didn’t put in a consistent performance. His highlight was one delightful cross for Sterling which should have resulted in a goal.

On the other hand, there were some moments that he would rather forget. He had a few loose passes and touches, while Italian left-back Federico Dimarco sometimes got the better of him.

England fans have been crying out for Fikayo Tomori to get a go in the side. He’s been arguably the best English centre-back this season, helping AC Milan to their first Serie A title in 11 years.

There wasn’t anything that stood out about the former Chelsea man’s performance. The clean sheet is obviously a positive. But there were a few shaky moments, and his passing was not encouraging.

The Three Lions’ best quality last summer was their defensive solidity, keeping five clean sheets and conceding just two goals all tournament. Players would need to be near-perfect to break into this backline. Tomori was decent, but this performance probably won’t be enough to secure himself a starting spot in Qatar.

Having narrowly missed out on the Euro 2020 squad, James Ward-Prowse is one of the first in line to fight for a place at the World Cup. The Southampton midfielder has to compete with Declan Rice, Kalvin Phillips, Jude Bellingham, and Jordan Henderson for his seat on the plane.

Much like some of the other players we’ve talked about, Ward-Prowse was okay, but nothing extraordinary. He was sometimes quite tidy on the ball, and played his part in keeping 60% of possession.

But he offered little in the way of creativity, and rarely broke the lines with his passing. Furthermore, he wasn’t given many opportunities to showcase his best attribute, which is his set piece-taking.

Jack Grealish came off the bench in the draw against Germany and made a real impact. Since then, many have called for the winger to start for England.

He was given a go from the first whistle this time, but it was a wasted opportunity. Grealish was ineffective for most of the game, failing to create anything of note while squandering one of his team’s best chances in the first half.

After the Germany game, we spoke about Grealish’s role in the England side. When coming off the bench, he is up against tired legs, and the game is a bit more open. The draw against Italy suggests that he should remain as an impact sub.

It was an underwhelming display from the 24-year-old. His touch was poor, his hold-up play was lacking, he didn’t link up well, and he was unable to get on the scoresheet. He had one chance in the first half when he intercepted Gianluigi Donnarumma’s pass, but he took too long to get his shot away and allowed the defender to catch up to him.

In truth, the chances of Abraham getting a start over Kane are almost zero. Kane is the captain, is widely regarded as the best English player right now, and is on the verge of becoming their all-time top goalscorer. He isn’t getting dropped any time soon.

Although, the second choice spot is still very much up for grabs, with the likes of Ollie Watkins and Dominic Calvert-Lewin pushing Abraham for a place in the squad. The Roma striker will need to up his game if he wants to remain in Southgate’s plans.