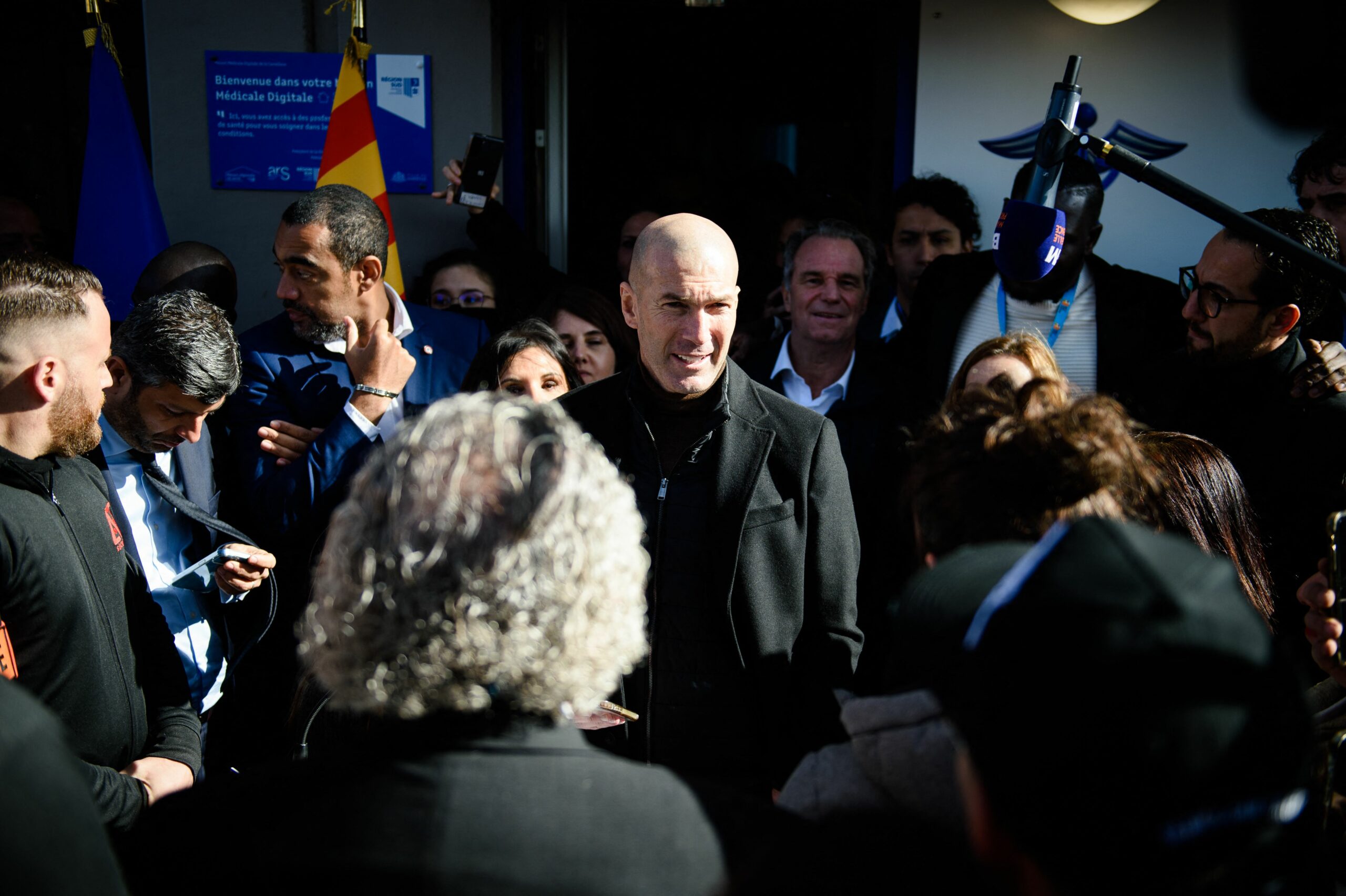 Paris Saint-Germain are set to sack Mauricio Pochettino and have identified Zinedine Zidane as the ideal candidate for the managerial position.

Les Parisiens have recently confirmed the appointment of Luis Campos as their new football advisor, and their next step is finding a new manager.

There were reports of Zidane agreeing to a takeover at the French capital club after Les Parisiens managed to find a breakthrough in the negotiations with his representatives.

Now, the French legend’s agent Alain Migliaccio shrugged off those rumours, insisting that there had been no contact with the capital club.

Migliaccio told L’Equipe (h/t Fabrizio Romano): “All these rumours about an agreement with PSG are unfounded. Neither Zinedine nor I have been contacted directly by the PSG owner.

“I’m the only one allowed to speak for Zidane and represent him, as of today.”

OGC Nice manager Christophe Galtier is another target for Les Parisiens, with his name highly favoured by Campos.

Campos and Galtier previously worked together at Lille, and they both turned everyone’s heads by winning the Ligue 1 title in the 2020/21 season.

However, PSG are yet to open talks with Nice, who are uncertain over Galtier’s continuity at the club.

Zidane looks like a far-fetched target at the moment as he is said to be more interested in the managerial job with the French national team.

Galtier is not a high-profile name who will be often associated with PSG, but Campos seems to have huge trust in him, and both can replicate the impressive work they did at Lille.