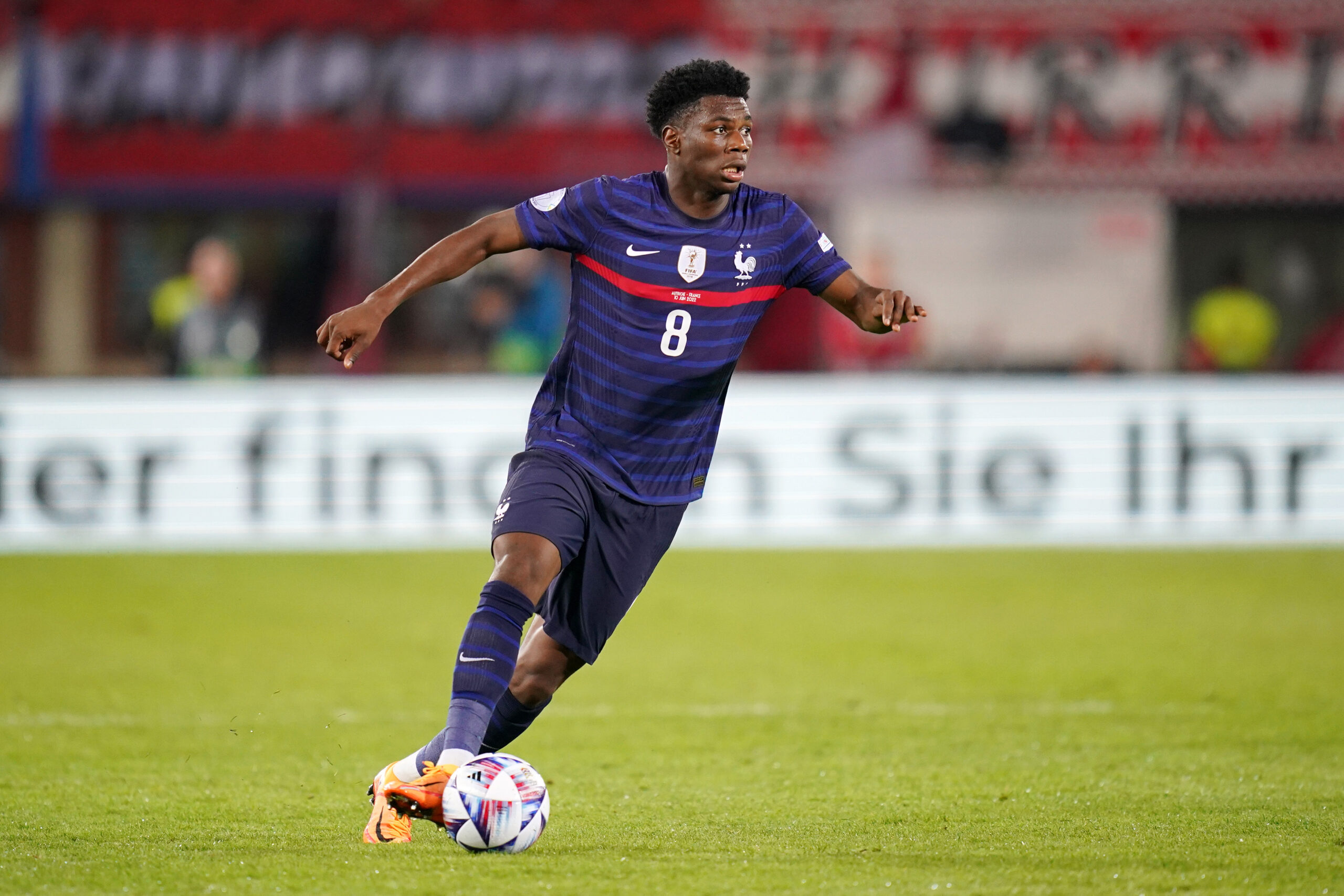 Real Madrid have confirmed the transfer of Monaco midfielder Aurelien Tchouameni, who will pen a six-year deal.

Los Blancos have also added that the presentation ceremony of the French star will take place on Tuesday.

It was recently reported that Madrid had reached an agreement worth around €100 million for the signing of Tchouameni despite competition from Paris Saint-Germain and Liverpool.

The 22-year-old is Madrid’s second signing of the summer transfer window following the free transfer of Antonio Rudiger.

Los Blancos were hellbent on signing Kylian Mbappe on a Bosman deal, but the French forward’s decision to extend his contract with PSG left a sour taste in their mouth.

In the light of that failure, the European champions quickly turned their attention towards Tchoumaeni, who is considered among the best young midfielders in Europe, and splashed the cash for his transfer.

The French midfielder’s arrival is a massive coup for Carlo Ancelotti, who now doesn’t have to rely entirely on veterans Luka Modric and Toni Kroos.

Tchouameni will be excited about his new endeavour as he chose Santiago Bernabeu as his priority despite interest from some of the big clubs in Europe.

With Tchouameni’s addition, Los Merengues have nearly covered all the bases, although they could still go for a marquee forward following the Mbappe transfer fiasco.

Manchester City’s Gabriel Jesus has emerged as a surprise target for Madrid, but Italian journalist Fabrizio Romano has insisted that the Brazilian striker wants to join a Premier League club this summer.

AC Milan’s prodigious talent Rafael Leao, who led his side to Serie A triumph last season and also won the MVP award, is also on the wishlist of the Spanish capital club.

However, the deal is complicated as he is said to be closing in on an extension with Rossoneri.