Analysis: Could missing out on Kylian Mbappé prove to be a blessing in disguise for Real Madrid? 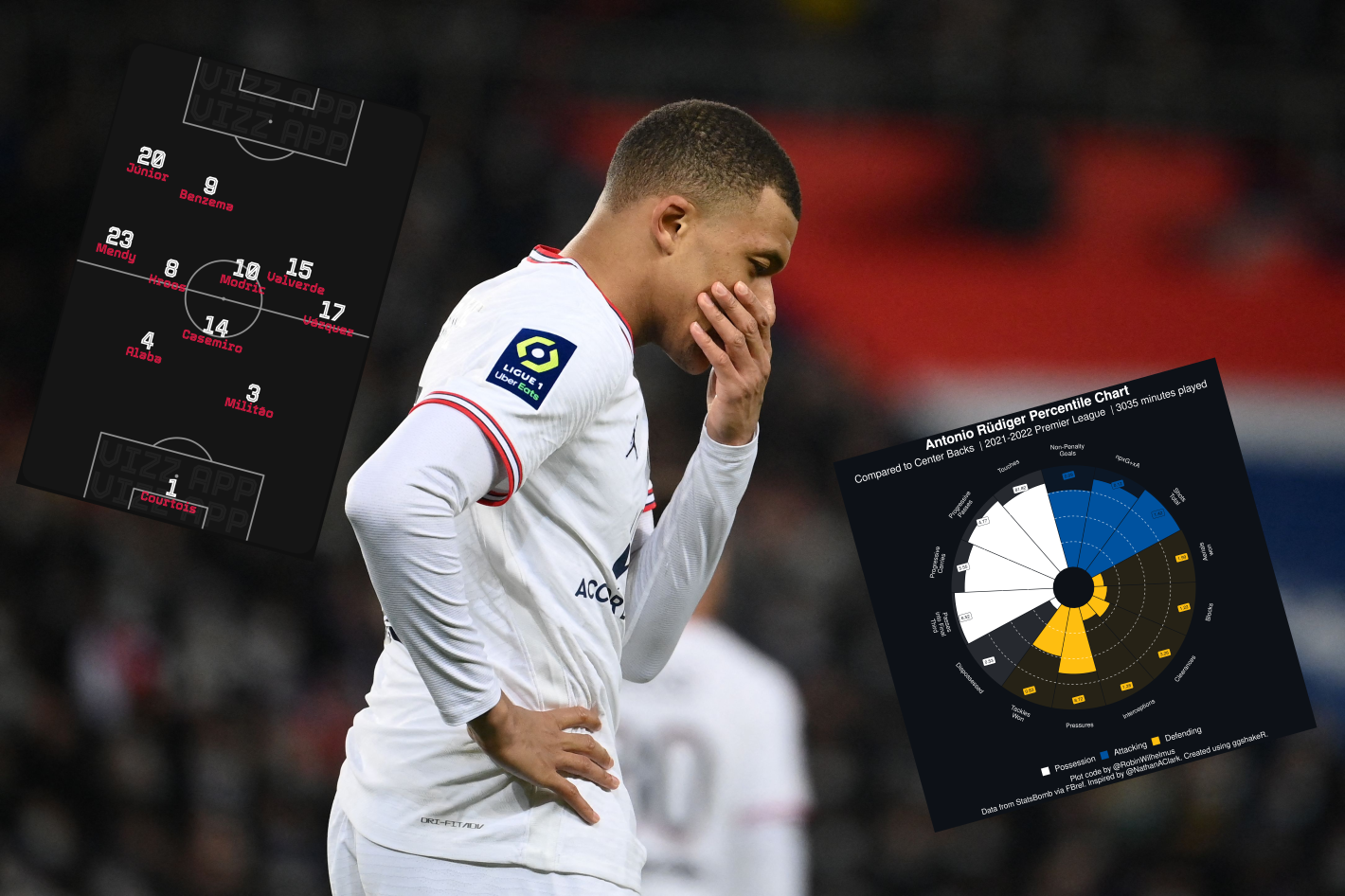 Rumour has it that somewhere in Madrid, Josep Pederol has been wiping away tears ever since Kylian Mbappé’s contract extension at Paris Saint-Germain was announced, which meant that all of his hard work was for nothing.

We will try to look at that in a more positive light as we will explore why missing out on Mbappé might not have been the worst thing for Real Madrid’s future.

In order to do that, we must first quickly take a look back at the way Real Madrid played in the 2021/22 season. Carlo Ancelotti set his side up in a 4-3-3 formation and had a clear first-choice XI, so his emphasis was more on allowing those 11 players to flourish individually rather than devising a more flexible system.

As we discussed in our season review of Real Madrid after they lifted the La Liga title, the right winger position is the weakest in their current squad. Mbappé’s arrival would not have directly solved that as he would presumably play on the left, but this would in turn mean that Vinícius Júnior would have to be deployed on the right.

The Brazilian winger has never started a game on the right side in his club career so this would have been a bit of a risk, especially as he thrives when cutting inside from the wing and shifting the ball onto his right foot. Nonetheless, given his incredible form last season, he would surely have been an upgrade on the current options Real Madrid have in the position.

Additionally, missing out on Mbappé means that Real Madrid will have a good deal of bonus funds this summer. Although the Frenchman would have joined on a free transfer, his eye-watering signing bonus and salary would have made up a noteworthy chunk of Los Blancos’ expenditures.

With that money, they can focus on bolstering their squad in weaker positions, and also sign one or two talented young players for the future.

As aforementioned, the main position Real need to focus on is right winger. They have been linked with the likes of Serge Gnabry and Raheem Sterling, although no concrete reports have emerged. There is lots of time for them to assess their options and strike a deal, but they certainly will have to sign a player in this position.

One signing they have already made is at centre-back, where Antonio Rüdiger has been signed from Chelsea. The German international had a very good season in the Premier League, typically playing on the left of a back-three in Thomas Tuchel’s 3-4-2-1 system.

Of course, he will have to adapt to a back-four and his defensive statistics may look very different in Spain, but there is no doubt that the plan will be for him to quickly establish himself as a first-choice centre-back at Real Madrid. This would also free up David Alaba to play at left-back if Rüdiger is partnered with Éder Militão.

Real will also probably need to sign a right-back as Dani Carvajal did not impress when he was forced to play a long run of matches in that position following Lucas Vázquez’s injury. They did bring in Vinicius Tobias from Shakhtar Donetsk earlier in the summer, but at 18 years old, the Brazilian certainly falls into the category of young players that Los Blancos will look to develop for the future.

The midfield is arguably the most stable region for Real Madrid right now as Luka Modrić has aged like a fine wine and Toni Kroos and Casemiro should have a few more years at the highest level in them, but they have started the succession planning already.

Eduardo Camavinga’s game time has been limited since his move to Rennes, but he has proven to be a great understudy and has impressed at the biggest of stages in the Champions League knockouts.

Additionally, Real Madrid are being linked heavily with Monaco midfielder Aurélien Tchouaméni. We took a closer look at the Frenchman a few days ago, and it is safe to say that he is quite good.

Los Blancos are also shopping in North America as they are trying to sign Gabriel Slonina from MLS club Chicago Fire as a backup goalkeeper. Having racked up close to 25 top flight appearances before turning 18, there can be no questions about the talent that the young American possesses.

Of course, missing out on a player of Mbappé’s calibre after such a long period of speculations has to be bitterly disappointing, but looking at the bigger picture, it might even have been a slight positive for Real Madrid. They have been enabled to reinforce their squad properly in a variety of positions, and will also make a couple of fairly big signings in the process.

Throughout their history, Real Madrid have always preferred to bring in as many big names as possible, but they are perhaps being forced to realise now that the key to success in the current climate is balance.