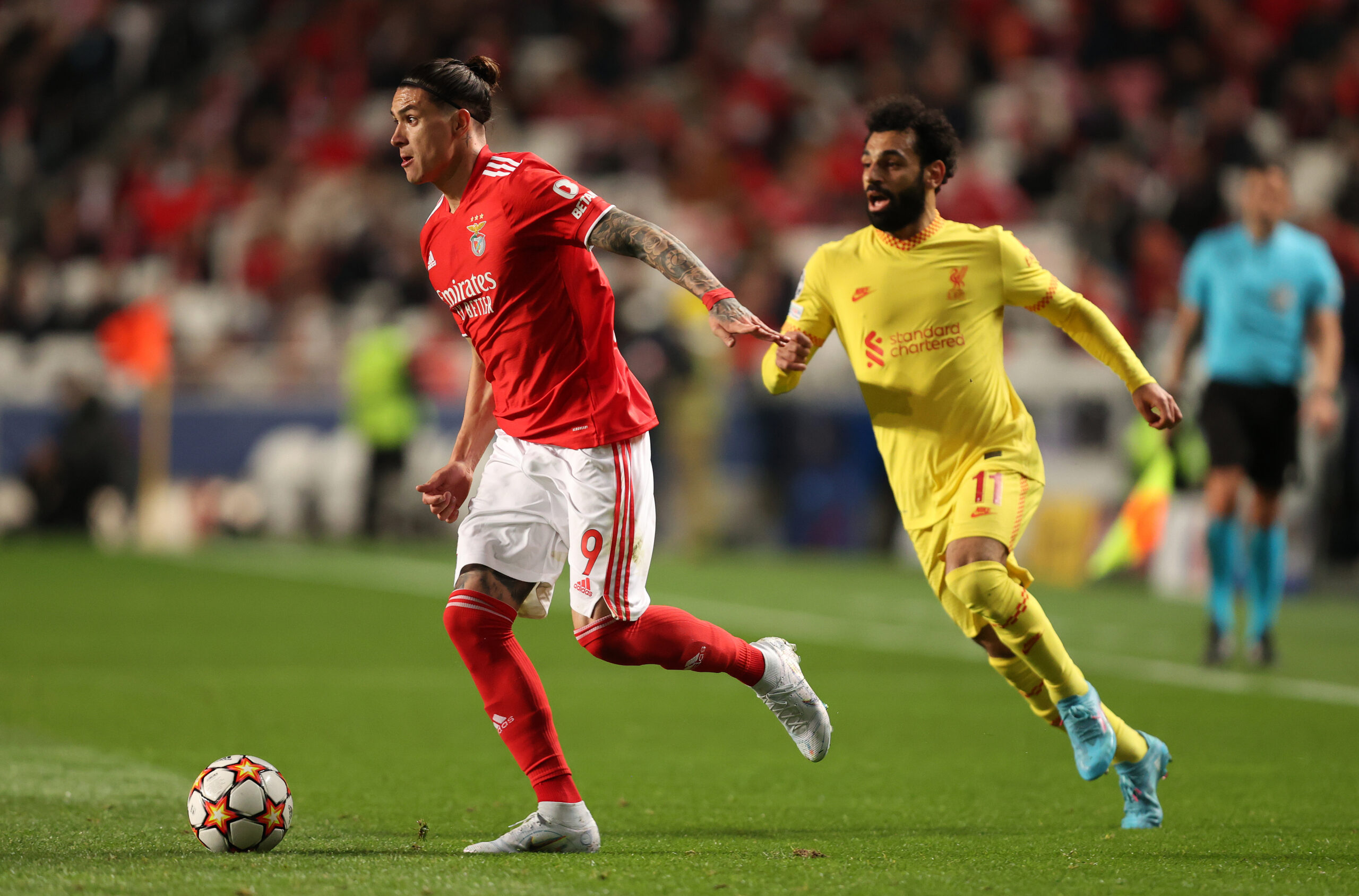 The last 24 hours have been great for Liverpool, who have gained ground in their pursuit of Benfica striker Darwin Nunez.

Fabrizio Romano reports that the Reds are ready to submit an offer worth €80 million plus add ons and are hoping to reach personal terms for the Uruguayan international.

Fellow Premier League giants Manchester United are also keeping tabs on the 22-year-old, whom Erik ten Hag has identified as one of the top marquee targets for his project.

However, the Red Devils still could lose the race due to the failure to qualify for the Champions League next season.

A host of European heavyweights like Chelsea and Paris Saint-Germain had been monitoring Nunez, who emerged as one of the best young talents in Europe following an impressive 2021/22 campaign in which he netted 34 goals in all competitions.

However, the Merseysiders managed to jump the queue in recent weeks, especially after Sadio Mane’s exit rumours broke out.

The Senegalese international, whose contract expires next year, has decided to leave Anfield this summer.

Bundesliga giants Bayern Munich are said to be the potential destination for Mane, with a verbal agreement already in place.

Jurgen Klopp’s side are expecting around €40m for the African Cup of Nations winner, which, in turn, they are planning to invest in Nunez.

The Reds have already completed the signing of Fabio Carvalho from Fulham, and Nunez could be the second incoming in the summer transfer window.

The Uruguayan has a great chance to surpass Virgil Van Dijk as the Reds’ record signing should he move to Anfield.