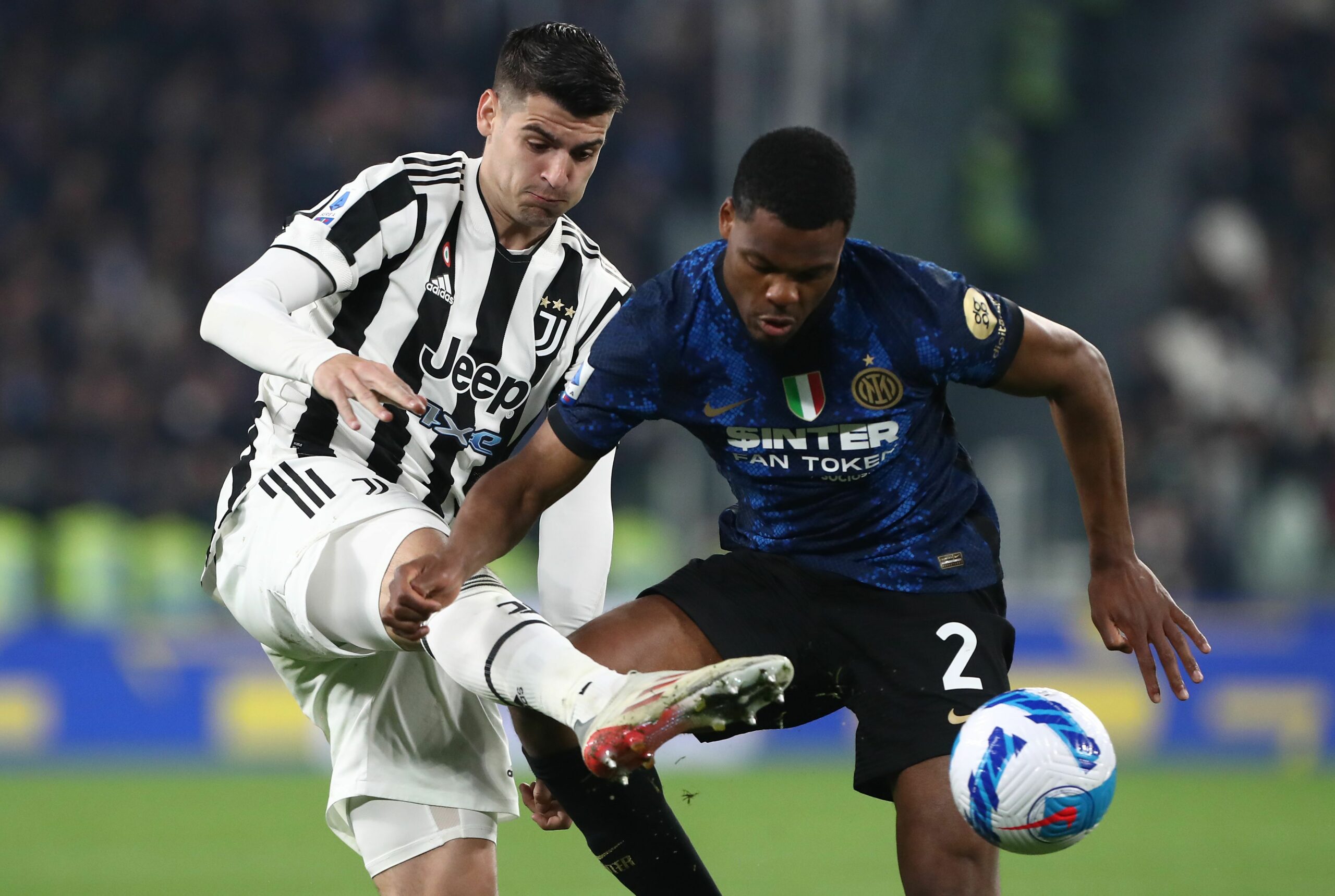 According to La Gazzetta dello Sport, the Blues want Dumfries to be included in Romelu Lukaku’s potential loan move to Inter.

The Dutchman is valued at least €40 million by the Nerazzurri, and they would be willing to negotiate under these conditions.

The 26-year-old joined Inter from PSV Eindhoven last summer after impressing for his country at the European Championships.

Dumfries scored a memorable late winner to beat Ukraine in the Netherlands’ opening game before netting again in a 2-0 victory over Austria.

The defender has been a regular for his country over the past couple of years, playing in the last 22 internationals. He also scored in a 4-1 Nations League win over Belgium earlier this week.

Dumfries bagged five goals in 45 appearances for Inter last term, but it appears they are willing to sacrifice him to secure Lukaku’s return.

Chelsea are open to sanctioning a loan move for the Belgian striker, who is eager to quit the club after a disappointing campaign.

Inter are keen on pairing Lukaku with Paolo Dybala but fear their chances of striking a deal are minimal due to Chelsea’s financial demands.

However, the Blues’ interest in Dumfries potentially opens the door for the two clubs to reach a satisfactory agreement.

After sealing one of the biggest Premier League transfers last summer, Lukaku made an impressive start to his second Chelsea spell.

Fitness and health issues put him on the back foot, while an ill-advised interview with Sky Italia about his unhappiness at Chelsea did little to endear him to manager Thomas Tuchel.

He found game time hard to come by during the rest of the campaign, ending the season with just 15 goals in 44 appearances in all competitions.