4 talking points as Germany and England draw in Munich 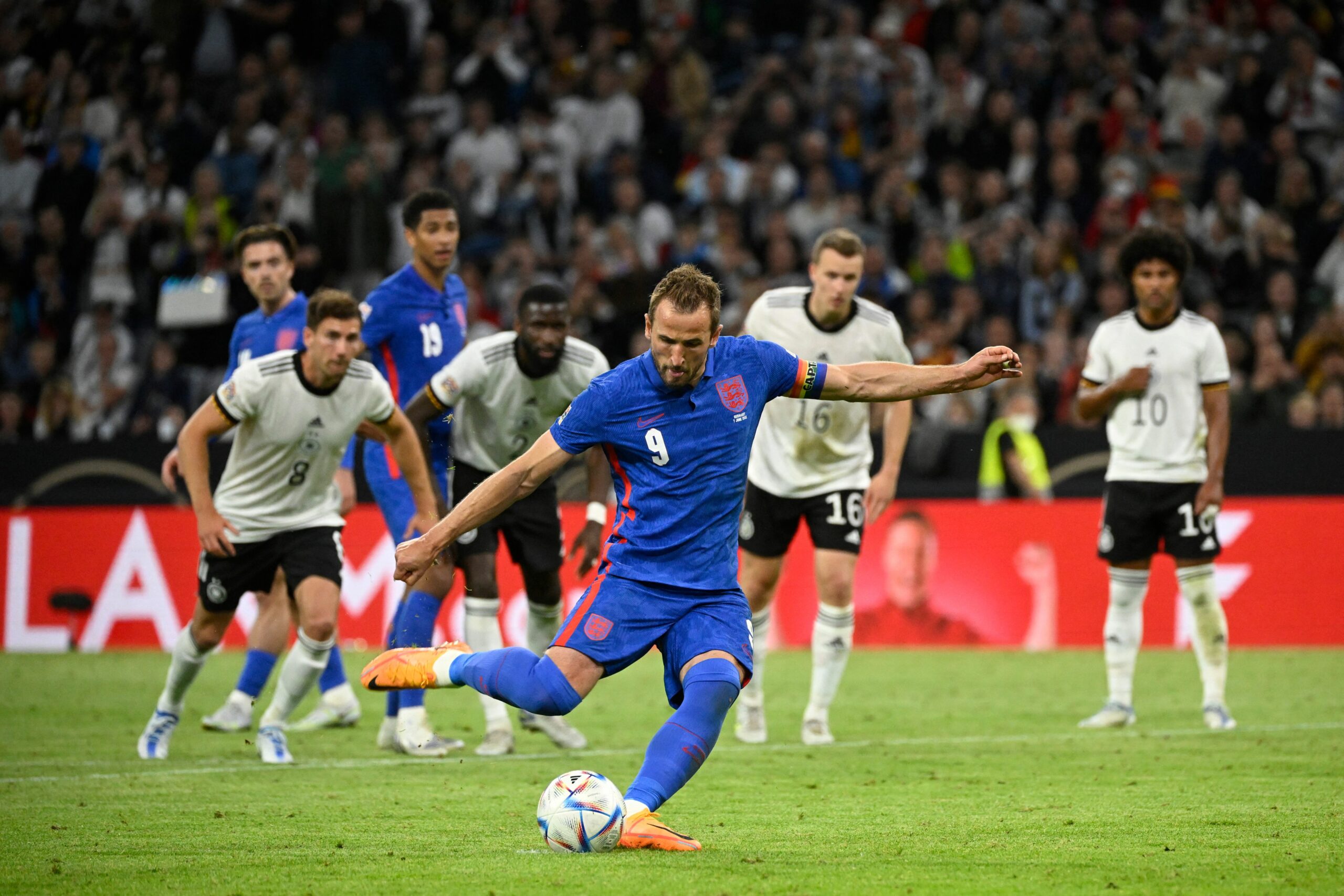 Germany and England shared the points in Munich on Tuesday evening, in their first meeting since last summer’s Euro 2020 round of 16 clash.

Hansi Flick’s men were on top for most of the first half, and thought they had taken the lead early on when Jonas Hofmann finished past Jordan Pickford. However, his celebrations were cut short by the offside flag.

England struggled to get a grip on the ball, and allowed their opponents to dominate possession. Despite this, they were still able to create a few chances of their own. Harry Kane fired over from a corner when he really ought to have done better, Bukayo Saka had a shot well saved from a tight angle, and the Arsenal man also curled one narrowly wide from outside the box.

Nonetheless, Germany maintained a level of control over the game, and this eventually paid off early in the second half. Hofmann was not to be denied this time, latching onto Joshua Kimmich’s through ball and finding the back of the net via the palm of Jordan Pickford.

Both sides had opportunities to add to the scoreline, but the goalkeepers came out on top in these scenarios. Pickford was at his best to deny Thomas Muller and Timo Werner, while Manuel Neuer prevented Kane from equalising after Jack Grealish’s cross.

The second goal eventually came, and it was a leveller for the visitors. Grealish’s pass deflected into the path of Kane, and he was clipped by new Borussia Dortmund signing Nico Schlotterbeck. The referee initially rejected the penalty appeals, but pointed to the spot after a VAR check.

Kane picked himself up and converted his spot-kick into the bottom left corner. The strike was his 50th goal for England, becoming only the second player in history to hit this milestone for the Three Lions after Wayne Rooney.

This was the last major incident of the match, with the scores finishing even at 1-1. Both sides continue their wait for their first victory in this season’s UEFA Nations League.

Here are four talking points from the match.

On paper, this isn’t the worst result in the world for England. They were up against one of the favourites for the World Cup away from home, and they got themselves a point.

However, the performance was somewhat concerning. For much of the game, Germany were in control. This was demonstrated by their dominant 63% of possession.

The most alarming thing for the visitors was the passing. They often went through large spells of the game where they could hardly string three passes together. For a side expected to compete in Qatar, it was well below standard.

This has been an issue on multiple occasions for the English side. Against Croatia in the 2018 World Cup semi-final, and in the Euro 2020 final against Italy, they lost control in the midfield. This ultimately led to their defeat in both matches.

Gareth Southgate’s men may have got a point this time, but on another day they probably would have lost it.

Mason Mount – time to be dropped?

It may seem a little unfair to single out Mason Mount for this game. Raheem Sterling and Bukayo Saka were equally as quiet, while Kane also struggled at times.

But this isn’t just about this game. Mount tends to start every game against semi-decent opposition for England when he’s available. He seems to be almost undroppable.

However, there is a general feeling among the fans that he hasn’t done enough to justify this status. It’s difficult to remember the last time he played well in an England shirt.

The 23-year-old is clearly a good player – he has proven that time and time again for Chelsea. But one has to wonder how long Southgate will persist with him if he doesn’t step it up on the international stage.

The role of a super-sub in football is strange. If you do it well, people demand that you start playing a different role.

Jack Grealish came on for the final 20 minutes in Munich, and made an instant impact. He looked bright and creative every time he got on the ball, and was influential in every England attack. He had a hand in winning the penalty, and was unlucky not to get himself an assist for Kane shortly before then.

Now, many are calling for the former Aston Villa man to start. This is where things get a bit complicated.

Starting a match and coming on in the second half are two different things. When you’re coming off the bench, you’re fresh and up against tired legs. The game is a bit more stretched and open, and you get more time on the ball. Grealish clearly thrives off of this.

Additionally, having a player on the bench that you can rely on to make a difference is valuable to any team.

However, England always seem to look better with Grealish on the pitch. At this point, it’s surely worth giving him a go from the first whistle in the upcoming fixtures.

We’ve spoken a lot about England, so now here’s a bit about Germany.

Manager Hansi Flick was brought in after last summer’s European Championships disappointment, and he arrived with a big reputation. He had previously worked as Joachim Low’s assistant at Die Mannschaft for eight years, helping deliver the World Cup in 2014. Additionally, he had done an excellent job at Bayern Munich, winning the treble in 2020.

Tuesday night was the 57-year-old’s 11th game in charge of the Germany national team. He remains unbeaten, but there is still one question mark over his time at the helm so far – they are yet to beat one of the ‘big teams’.

Germany’s last three games have come against Netherlands, Italy, and England, and all three of these matches finished 1-1. Individually, none of these are bad results, but they would have hoped to win at least one.

Maybe this is a bit of a harsh statement. After all, they were the better side against England. But perhaps there is just something missing with them right now.

This could be a concern for Flick going into the World Cup, as his side are set to face Spain in the group stages. Should they finish second in their group, it would probably be a round of 16 tie with Belgium. If they don’t improve against the ‘big teams’, they may struggle at the tournament.