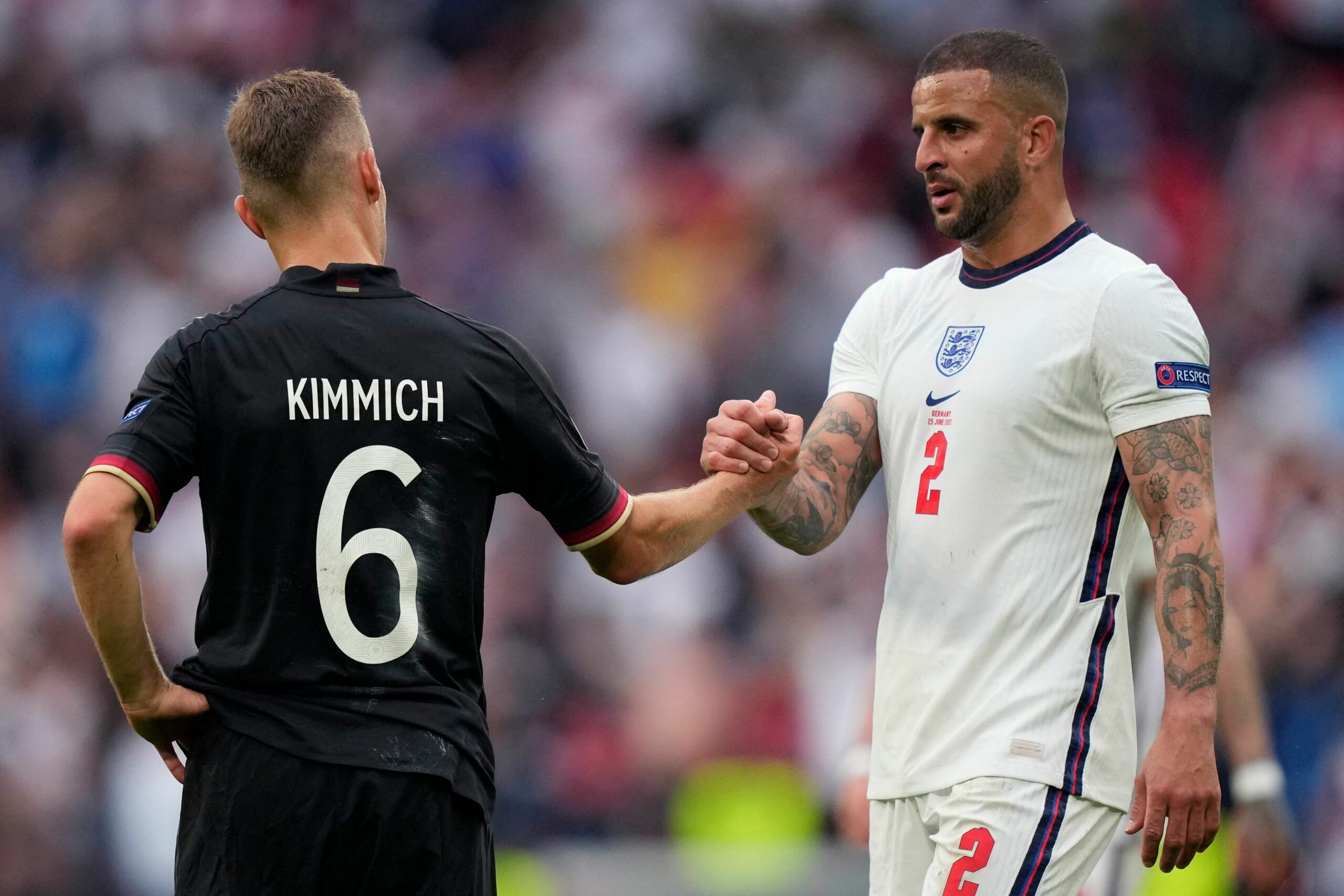 Allianz Arena in Munich forms the backdrop for a mouth-watering UEFA Nations League showdown between Germany and England.

Tuesday’s encounter will give both sides an opportunity to kickstart their Group A3 campaigns following false starts.

While England slipped to an underwhelming 1-0 defeat away to Hungary in their section curtain-raiser, Germany came from behind to hold Italy to a 1-1 draw in Bologna.

Despite maintaining his unbeaten start at the helm of the national team, Die Mannschaft boss Hansi Flick delivered a condemning post-match verdict.

“We lacked intensity and defensive solidity. These are the areas we need to improve so we can do better on Tuesday,” he said, as relayed by Football Italia.

“We did not apply what we had practiced in training and that’s not the first time it has happened.”

Meanwhile, his England counterpart Gareth Southgate could not be happy with the way his side performed in Budapest last time out.

In the post-game interview, the 51-year-old pinned the blame on the temperature at the Puskas Arena as England’s 22-match unbeaten streak came to a halt.

“We probably lacked a half-yard I would say, in terms of our real incisiveness. I think that was more the heat than the length of the season,” Southgate said, as quoted by 90min.

The upcoming match in Munich will be available to watch live online via football streaming sites.

Since replacing Joachim Low in Germany’s dugout after the nation’s collapse at Euro 2020, Flick has gone unbeaten in his opening ten games in charge (W8, D2).

After winning his first eight internationals as a manager, he has drawn the last two against the Netherlands and Italy, each via the identical 1-1 scoreline.

But Die Mannschaft have been a force to be reckoned with at home under Flick, having won all four matches on domestic soil while averaging 4.75 goals per game.

England’s last visit to Munich yielded an iconic 5-1 H2H victory in 2001, while they thumped Germany 2-0 in the first knock-out round at Euro 2020.

A flat performance against Hungary made it three Nations League away matches without winning for Southgate’s side (D1, L2), who frustratingly failed to score on each occasion.

The Three Lions now face the prospect of losing back-to-back internationals outside the World Cups and European Championships for the first time since 2013.

Chelsea star Kai Havertz may return to the starting line-up after surrendering his place to his club teammate Timo Werner against Italy.

As for England, Manchester City’s Phil Foden and James Justin of Leicester City are injury doubts.

Dortmund ace Jude Bellingham should partner with Declan Rice at the heart of Southgate’s midfield.

With four of the last five meetings between Germany and England featuring under 2.5 goals, we expect a tight game at the Allianz Arena.

Given the Germans’ resounding home form under Flick, it is hard to make a case for England to pick up all three points.