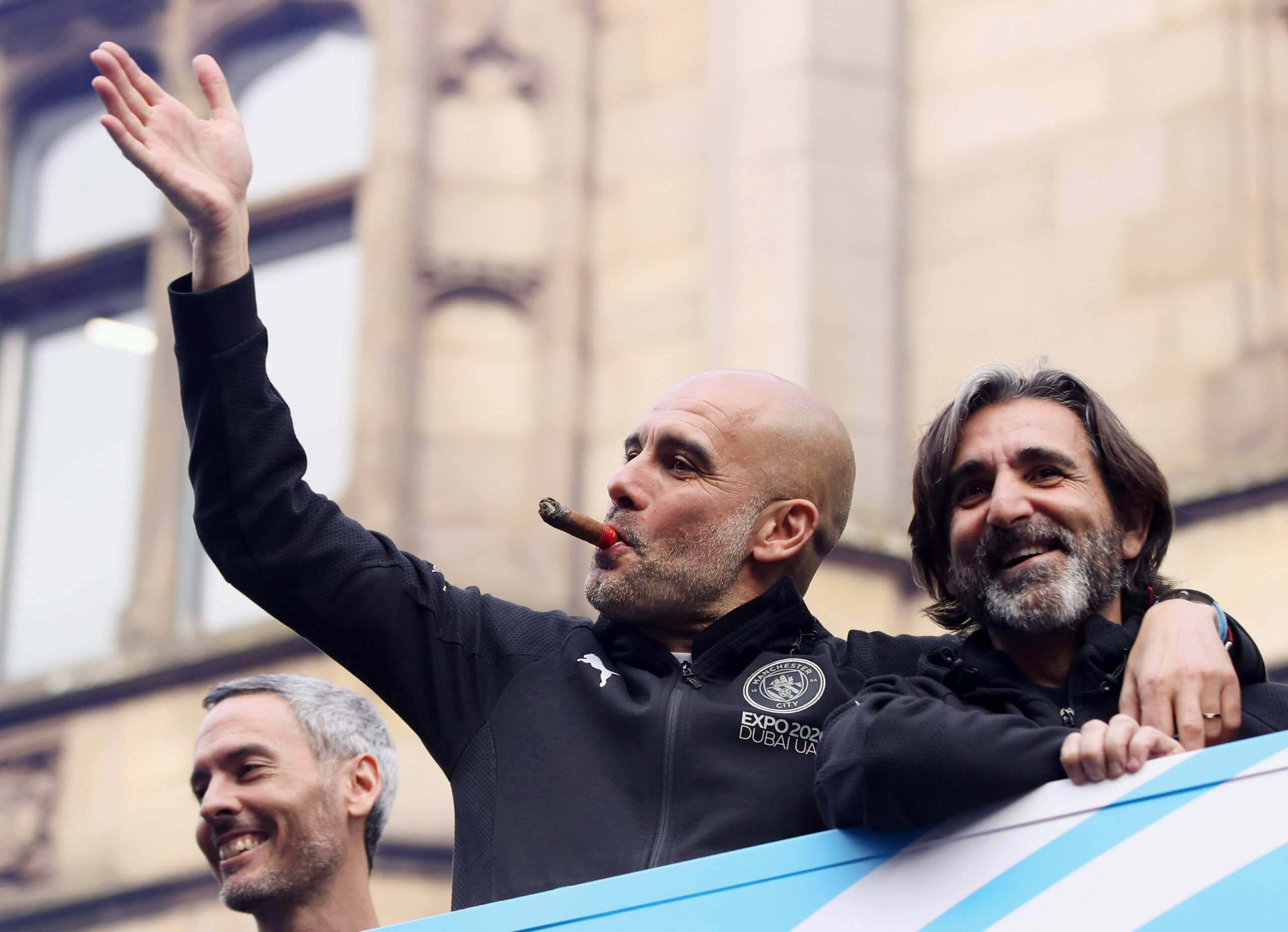 Wherever Pep Guardiola goes, the records follow, or at least, that has been the case since he first dived into the realm of management in 2008.

During his playing days, the ex-defensive midfielder learned his trait from Johan Cruyff, the founder of ‘total football’ and the so-called ‘tiki-taka’ style.

Little did Cruyff know that the Spaniard would go on to improve his football methods and establish a reign of unparalleled dominance in men’s world football.

When Guardiola took charge of Barcelona’s first team as an up-and-coming manager back in 2008, not even the most die-hard Catalan supporters could have foreseen how far he would get.

Now, 14 years since his managerial breakthrough at Camp Nou, the 51-year-old carries a reputation as one of the best managers of all time, let alone his generation.

It is not only about a staggering 32 pieces of silverware he attained during his tremendous managerial career, but the manner in which his sides claimed those prizes.

Though he lags behind Carlo Ancelotti’s unprecedented four Champions League triumphs, he still has time to close the gap on the famous Real Madrid boss.

Indeed, the Spanish tactical mastermind already has two European titles to his name, as his sheer genius of Guardiola continues to push the boundaries in the world of management.

It all started in 2008 when Barcelona sacked Champions League-winning manager Frank Rijkaard and appointed the 37-year-old Guardiola as their chief of staff.

His decision to cut ties with Ronaldinho and Deco, the pair that provided the backbone to Barca’s enormous success under Rijkaard, caught many by surprise.

But as ever, Guardiola had his reasons.

Every choice he made was spot on as his Blaugrana side won a historic treble in his first year on the touchline.

In addition to becoming the youngest manager to coach a Champions League winning team, the former midfielder swept Real Madrid aside in a straightforward La Liga title race.

In doing so, Guardiola’s Barcelona became the first Spanish club to win three major titles in a single campaign, all that in his maiden managerial season.

During his four years at Camp Nou, the Spaniard amassed 14 major trophies in the country and abroad before calling time on the club-record stint in 2012.

After a year-long sabbatical, Guardiola returned to do what he loves the most, taking charge of perennial Bundesliga champions Bayern Munich in 2013.

He spent three years in Germany, but it was enough to solidify the Bavarians’ long-term reign of supremacy in the Bundesliga by playing an eye-pleasing football.

The Spaniard inherited the squad that won the Champions League under Jupp Heynckes’ leadership in 2012/13.

So it takes no IQ to assume he strolled to UEFA Super Cup and FIFA Club World Cup glory in his inaugural season at the Allianz Arena.

Unfortunately, barring a couple of domestic doubles and Bundesliga wins in all three seasons at Bayern, Guardiola failed to land the Champions League trophy with the Germans.

He left Bavaria in 2016 with seven trophies under his belt to attain the reins from Manuel Pellegrini at Manchester City.

The rest is history.

After going trophyless in his first season in England for the first and only time in his managerial career, Guardiola navigated Man City to a historic Premier League success the following year.

In 2017/18, the Cityzens became the first and only side in the Premier League history to gain 100 points in a single season, leaving second-placed Manchester United a whopping 19 points behind.

Over the next four years, including this one, he has claimed three Premier League titles, one FA Cup crown and three EFL Cup trophies.

Although his Man City side suffered the 2020/21 Champions League heartbreak at the hands of Chelsea, Guardiola still owns 11 domestic titles in England.

There is a feeling the 2022/23 season could mark Guardiola’s maiden continental success outside Camp Nou.