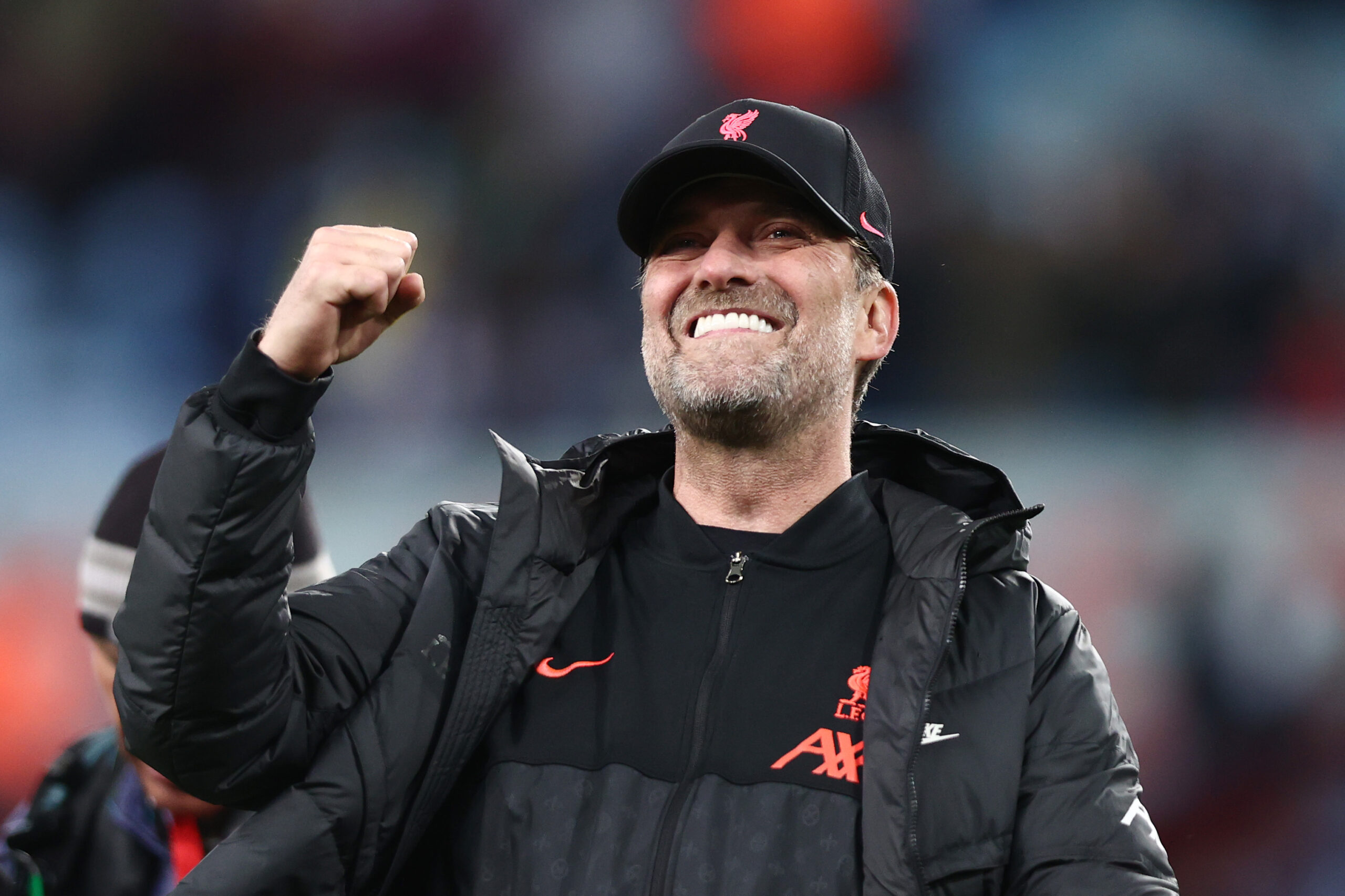 Regarded as one of the best managers in the world, Liverpool boss Jurgen Klopp came close to landing a historic quadruple in the recently completed season.

In fact, the 54-year-old came closer than any other coach to achieving that unprecedented feat before his fairytale turned into a nightmare in less than a week.

After beating Chelsea in back-to-back domestic cup finals and reaching the Champions League final, the only thing separating the Reds from a quadruple was the Premier League.

Though they were minutes away from leapfrogging bitter rivals Manchester City to the crown on the final weekend, Liverpool eventually fell one point short of the Cityzens.

Six days on, the Merseysiders suffered a heartbreaking 1-0 defeat to Real Madrid in the Champions League grand final as Klopp’s dreams of completing a career-defining milestone came to a cropper in a week.

Regardless of the recent disappointments, he still remains one of the best in the business, and if you ask the Anfield faithful, there is no one better than Klopp at the moment.

Liverpool’s entertaining playing style under the German tactician has made them one of the most exciting teams to watch in Europe.

More importantly, it has helped the Reds re-develop into genuine title candidates on multiple fronts.

Liverpool had experienced an exhausting 30-year title drought before the ex-Borussia Dortmund manager navigated Mohamed Salah and co to a historic triumph in 2019/20.

But let’s get back to where it all started.

Klopp’s first standout achievement as a manager was in 2003/04.

As an up-and-coming manager, he navigated Mainz 05 to their first-ever promotion to the Bundesliga.

His impressive success with a relatively small German side put Klopp on the Bundesliga map and earned him a host of enquiries from some of the best clubs in the country.

A massive call from regular Bundesliga campaigners Dortmund in 2008 came as the reward for Klopp’s outstanding work at Mainz.

During his seven-year stint at the Signal Iduna Park, Klopp won five domestic titles, including back-to-back Bundesliga crowns in 2010/11 and 2011/12.

He is the last manager to have pipped Bayern Munich to the Bundesliga trophy.

Unfortunately, Bayern came out 2-1 victors in the Wembley Stadium showpiece, which was also Dortmund’s last appearance in the Champions League final.

In 2015, he left his homeland to sign a long-term contract at Liverpool.

After a rough start to his Anfield journey, the German boss found the formula for success in 2018/19 as Liverpool won their first Champions League title since 2005.

Only one year later, he achieved what the Merseyside supporters had been waiting for three decades.

Liverpool were finally crowned the Premier League champions in 2019/20, beating Guardiola’s Man City to the crown by a comfortable 18-point margin.

Indeed, Klopp is responsible for preventing Man City from establishing an era of total state-backed dominance.

Over the past five years, no other manager in England’s top-flight has been such a formidable rival to Guardiola as Klopp.

In addition to leading Liverpool to a long-awaited Premier League triumph and helping them win their sixth Champions League trophy, the German has won another four major titles.

He claimed FA Cup glory in 2021/22, ending the Reds’ 16-year wait for the title in the competition while also winning them their first EFL Cup title since 2010/11.

The 2019 UEFA Super Cup and the 2019 FIFA Club World Cup trophies are parts of Klopp’s tremendously successful spell at Anfield.

He has so far won 11 titles during his remarkable coaching career, but there is still plenty of time for the charismatic German to add to his trophy cabinet.