Isco wants to stay in Spain amid Serie A links 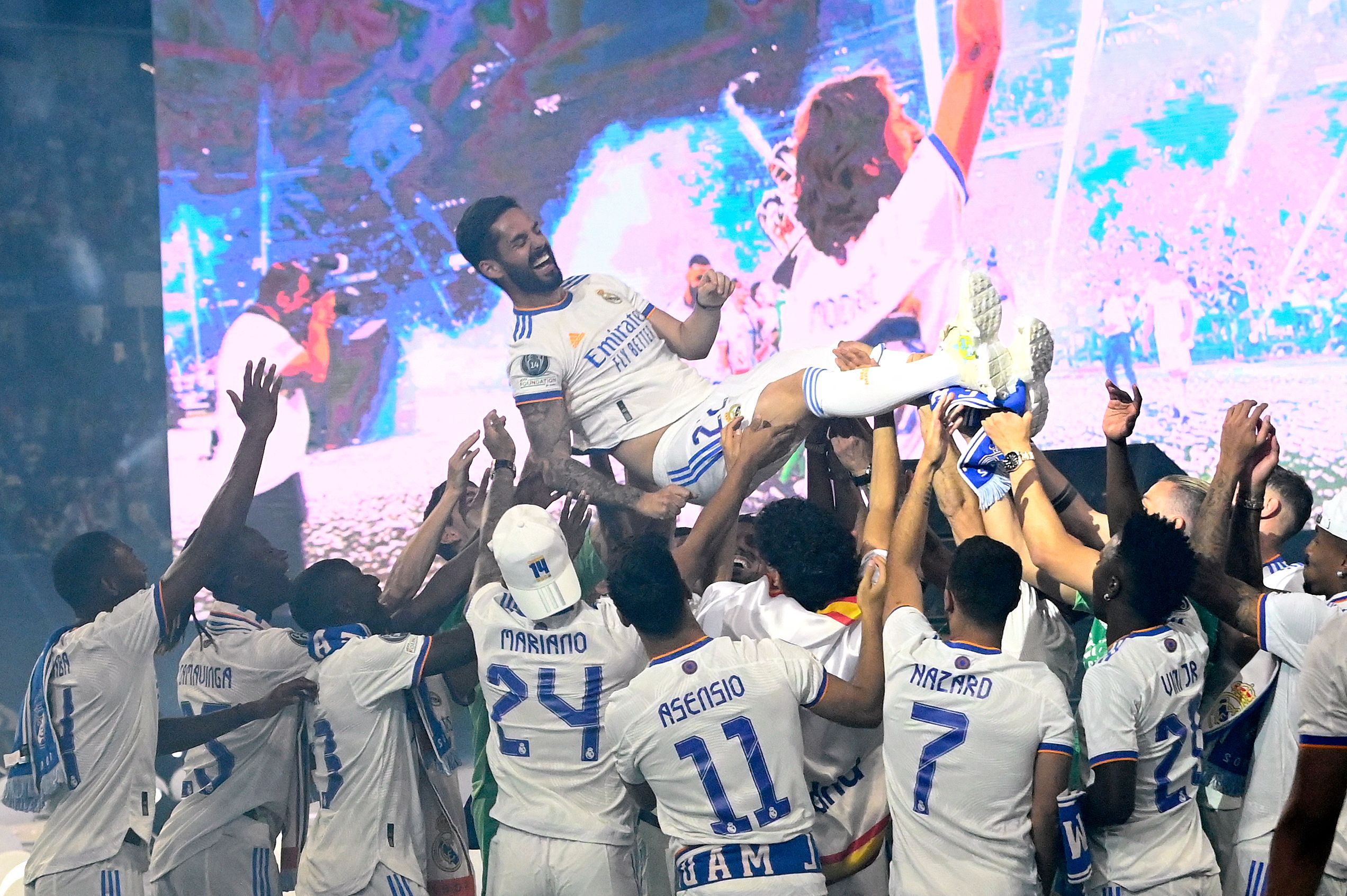 Real Madrid have recently confirmed the departure of Isco, whose contract at Santiago Bernabeu expires this summer.

The Spanish playmaker is now officially a free agent with plenty of clubs interested in his services.

Serie A giants AS Roma and AC Milan are understandably the potential suitors, with reports stating that the former are in talks to sign the Spaniard.

Giallorossi are uncertain over the future of Henrikh Mkhitaryan, who hasn’t responded to a renewal offer and appears to be interested in moving to fellow Italian club Inter Milan.

Jose Mourinho has identified Isco as the replacement for the Armenian playmaker, as the Portuguese manager aims to bring in more big names to the capital club.

Rossoneri also tried to recruit the Spaniard in January but were put off by his salary demands.

It is unclear whether their interest remains the same, especially after the reports emerged that Milan are closing in on the transfer of Club Brugge star Noa Lang, who is being signed to reinforce the No.10 position.

Spanish outlet AS ( h/t Football Italia) reports that Isco wants to continue his journey in La Liga in a blow to the Serie A duo.

There are also two factors said to be impeding the 30-year-old’s move to Roma: high salary demands and the absence of Champions League football.

Premier League giants Chelsea are also reportedly in the race for the former Malaga star.

Isco has hit new lows over the past few years, from being one of the best playmakers in the world to a fringe figure at Bernabeu.

The Spaniard will be excited for his next chapter as he looks to put behind a flawed career at the capital club and start with a clean slate.