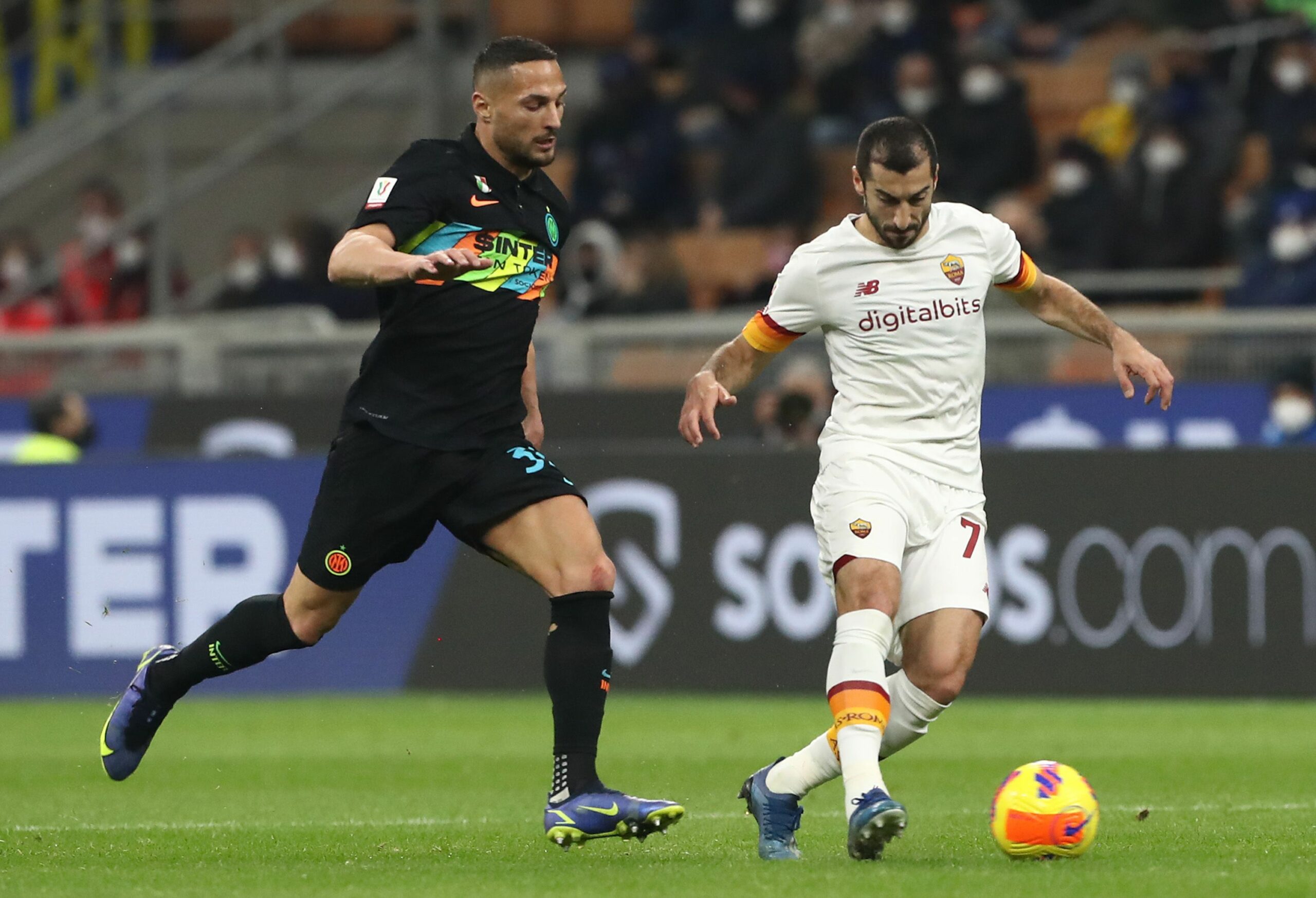 With his current deal at Roma due to expire later this month, Henrikh Mkhitaryan is on the verge of completing a switch to Inter Milan, per Fabrizio Romano.

Romano added that the lack of Champions League football was the major reason why Mkhitaryan decided against a contract extension and will now join Inter on a two-year deal.

This comes shortly after Roma general manager Tiago Pinto squashed rumours of the ex-Borussia Dortmund man moving to Inter in an interview with DAZN.

“I know Miki very well, his professionalism and I am 100% sure that his talking to Inter is a lie.”

The Armenian recorded 14 direct goal contributions during the just-concluded campaign as Roma finished sixth in Serie A, while also securing a first major European title in more than 60 years by winning the inaugural edition of the UEFA Conference League.

Despite the strained relationship between the pair during their time at Manchester United, Mkhitaryan has been a vital player for Jose Mourinho during his time in the Italian capital so far but the Portuguese manager now has to bid farewell to the midfielder.

Consequently, Roma could now be open to triggering their option to buy Sergio Oliveira for €13.5million as the 30-year-old prepares to return to his parent club Porto following a six-month loan deal at the Stadio Olimpico.

Meanwhile, Inter’s impending acquisition of Mkhitaryan is a fantastic piece of business as the Nerazzurri prepare to offload Arturo Vidal in the upcoming transfer window.

Having relinquished the Serie A title to city rivals AC Milan, Simone Inzaghi’s men are looking to significantly bolster their options ahead of the 2022-23 season.

Paulo Dybala is thought to be nearing a move to the Stadio Giuseppe Meazza, while a sensational return for Romelu Lukaku also looks to be on the cards.