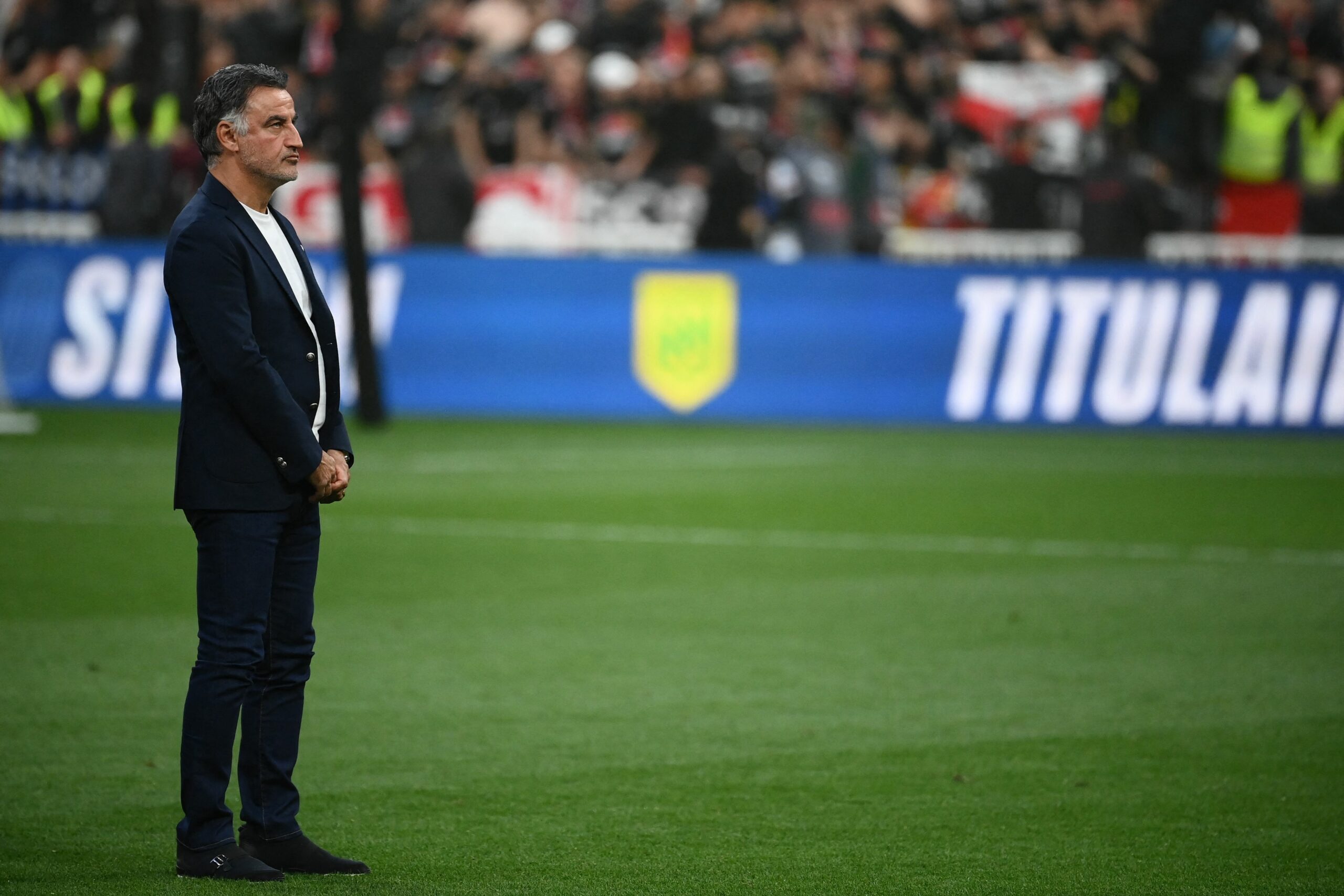 Paris Saint- Germain are looking at the possibility of appointing OGC Nice’s Christophe Galtier as their new manager.

Current manager Mauricio Pochettino is likely to leave this summer following a turbulent 2021/22 campaign, where PSG’s only triumph was retaining the Ligue 1 title while suffering a humiliating exit in the Champions League against Real Madrid.

Luis Campos appears to be the chosen one, and according to Foot Mercato, he has drawn up a shortlist of managerial targets that includes Galtier.

Campos has previously worked with Galtier at LOSC Lille, and their impressive planning led to the surprise league success last season.

The former Celta Vigo director has explained to Galtier the idea of taking over at Parc des Princes, with the latter’s future at Nice hanging in the balance.

Galtier has a contract running until 2024, but he appears to be not interested in continuing with Les Aiglons.

Nice, who finished fifth in the French top-flight, are also reportedly in talks with Rennes gaffer Lucien Favre, who they have identified as the top target should Galtier leave in the summer.

Galtier’s name was on the agenda of top European clubs like Real Madrid after the Ligue 1 triumph with Lille in the 2020/21 season, but he eventually chose Nice.

He also exceeded the expectations at Nice, helping them to a fifth-place finish, thereby qualifying for the Europa Conference League’s preliminary rounds.

Zinedine Zidane’s chances of moving to the French capital are looking bleak, while Porto’s Sergio Conceicao and Sporting CP’s Ruben Amorim are among the potential candidates for the managerial job.