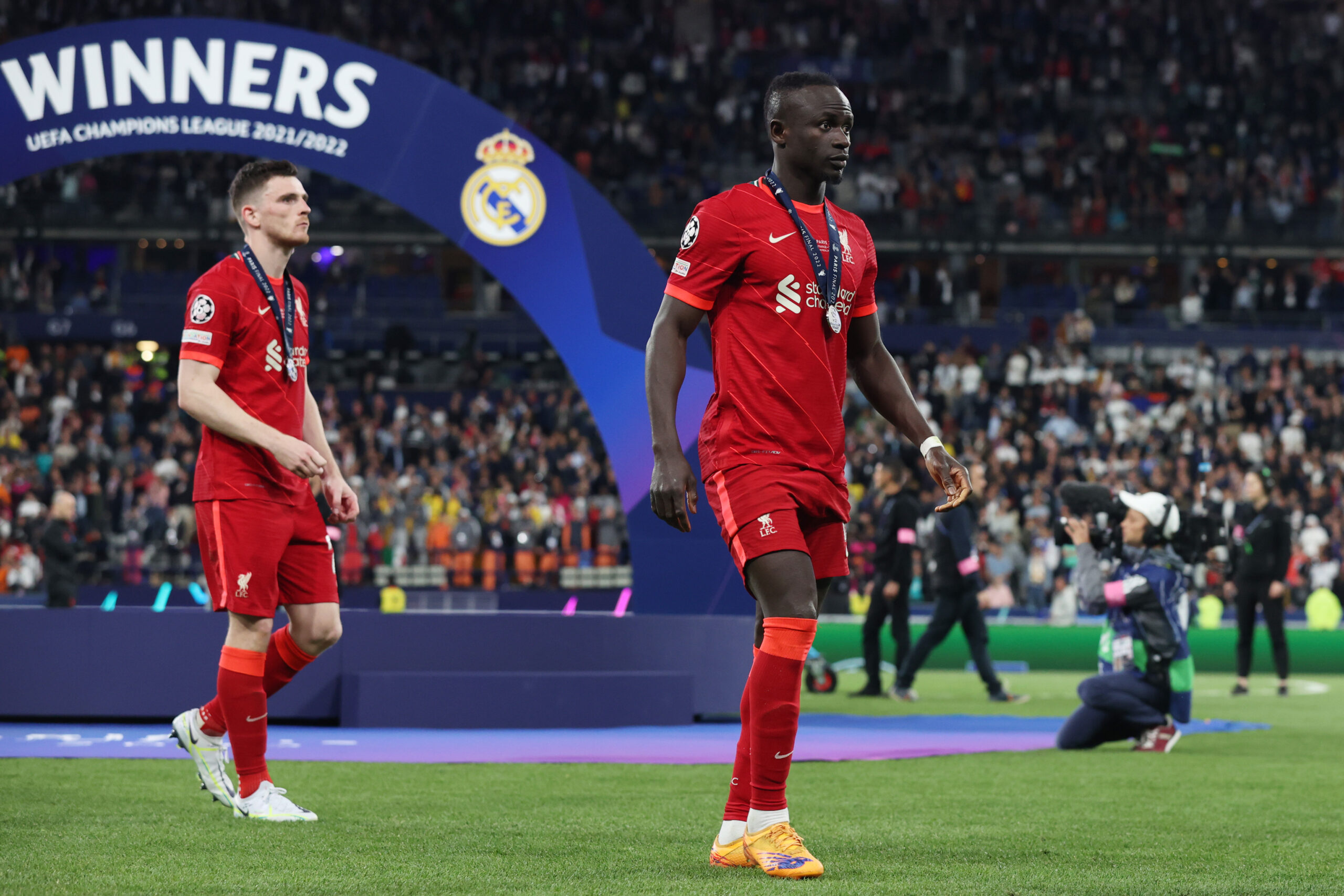 Fabrizio Romano reported on Sunday that Sadio Mane has decided to leave Liverpool this summer. The Senegalese forward’s decision, albeit not official, comes right after the Champions League heartbreak, as the Reds suffered a narrow 1-0 defeat to Real Madrid in the finals.

The Merseysiders have had it coming since Mane’s contract expires at the end of the next season, and there were no significant talks regarding a renewal, which could be down to the contract situation of Mohamed Salah, whose extension is seen as a priority.

Mane’s departure will leave a hole in the attack due to the significant impact he has had over the years.

Jurgen Klopp might try to sign a forward who can be prolific and fill the shoes of Mane in the summer transfer window. Here are the potential targets.

Darwin Nunez’s impactful 2021/22 season could be only matched by a few, and hence European heavyweights are after him.

The Benfica striker starred against the Reds in the Champions League quarter-finals, during which he found the scoresheet in the second leg despite losing the tie.

Perhaps, Nunez is more likened to his compatriot and one of the greatest strikers of his generation, Luis Suarez, who himself enjoyed a productive spell at Anfield.

The 22-year-old has all the potential to carve out his own legacy at Anfield, but it remains to be seen whether the FA Cup winners would be able to meet his hefty price tag of €80 million.

A recent report from Correlo da Manha (h/t Mirror) stated that Klopp’s side, alongside Chelsea and Manchester United, are battling for Nunez’s signature.

Liverpool tried to recruit Barcelona star Ousmane Dembele back in January when he became a contract rebel but was to no avail.

However, the Reds have a great chance this time around as the Frenchman’s contract at Camp Nou expires next month, and he seems to be keen on an exit.

A report from Sport claims that the 25-year-old has been identified as a replacement for outgoing Mane, while the Reds are also rumoured to have contacted his representatives.

However, Chelsea and Paris Saint-Germain are said to be the favourites to land Dembele, with the former looking more confident in striking a deal.

It will be interesting to see whether the Reds would be able to knock off the Blues and present a lucrative offer to the Frenchman.

The Frenchman’s man form over the past few months has been outstanding, as he finished the La Liga campaign as the top assists provider (13).

The Argentine striker has often been linked with a move to Anfield, and he could be a great replacement for Mane.

Martinez enjoyed a prolific 2021/22 campaign, hitting 25 goals in all competitions though he couldn’t help Nerazzurri defend the Serie A title.

Like Nunez, Martinez also had a chance to turn the heads of the Klopp in the UCL round of 16 when he scored a blinder in the second leg at Anfield – it was of little help as Inter eventually lost the tie.

Last summer, the 24-year-old had an excellent Copa America campaign, playing a pivotal role in La Albiceleste winning the title.

Inter want to keep hold of Martinez for the foreseeable future, but their financial struggles mean that he could be sold if any lucrative offers were to arrive – as were in the cases of Romelu Lukaku and Achraf Hakimi last season.