Nottingham Forest promoted – How have other play-off winners fared in the Premier League? 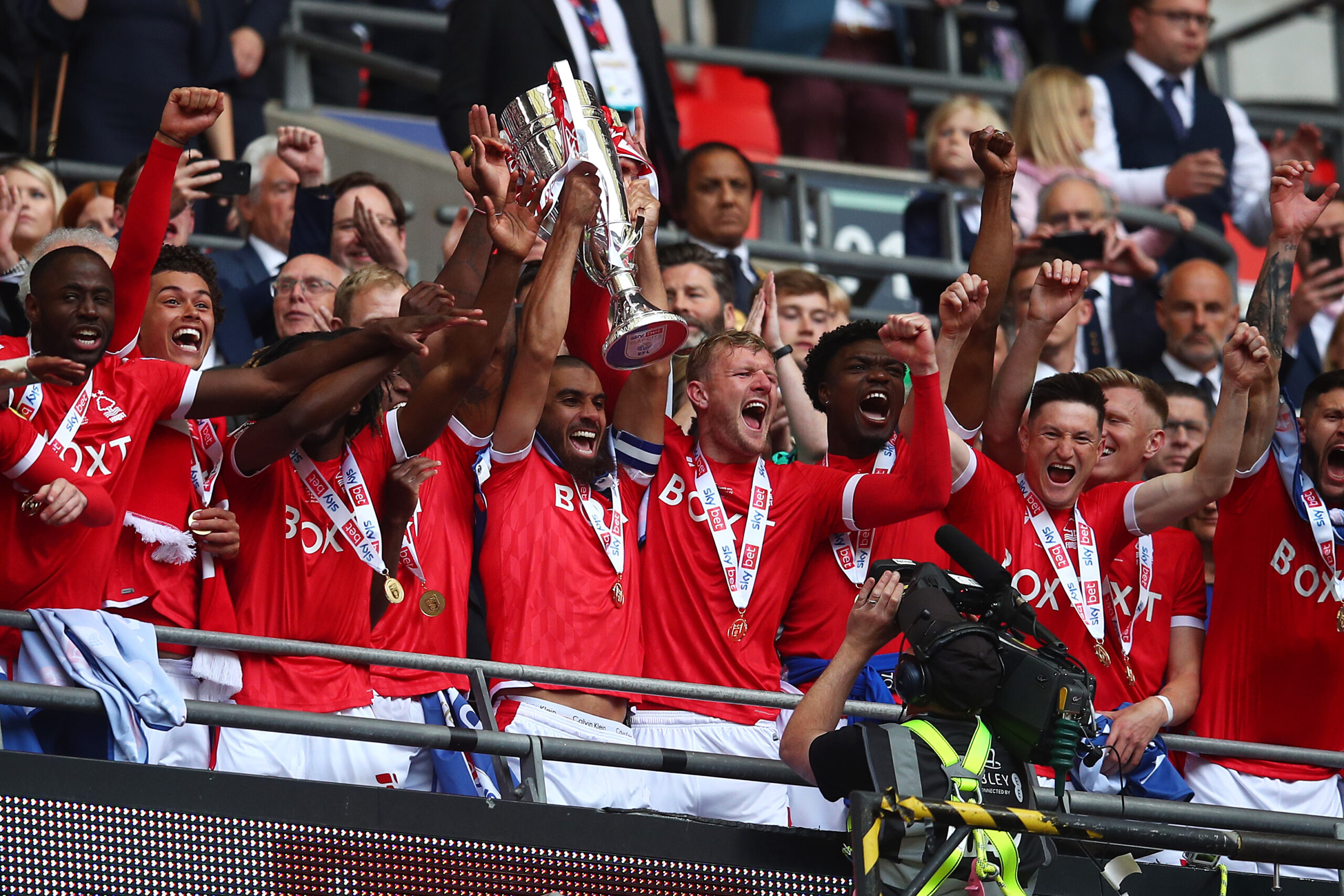 On Sunday, Nottingham Forest returned to the top tier after a 1-0 victory over Huddersfield Town.

For many, their promotion is long overdue. They have a rich and glorious history that would make many English sides jealous, boasting a First Division title, two FA Cups, and two European Cups.

In theory, the play-off winners should be the weakest side in the Premier League – they finished below every other side that will make up next year’s top-flight. But football doesn’t always work like that.

The Reds have already had some joy against Premier League opposition this year. They defeated Arsenal and Leicester City in the FA Cup, and gave Liverpool a good game at the City Ground.

How will they fare next season? We’ll just have to wait and see, but here is how the last ten play-off winners got on.

West Ham were victorious at Wembley ten years ago, defeating Blackpool with a late goal by Ricardo Vaz Te. Since then, it’s been a rollercoaster ride.

So much has gone on in the last decade at the Hammers. They’ve been in relegation battles, qualified for Europe, changed managers five times, and moved to a new ground.

Now, they’re in a positive position. They finished in the top seven for the second consecutive season, and have built a strong squad.

Unlike West Ham, Crystal Palace’s return to the top-flight has been fairly peaceful. In the nine years since their win against Watford, they have finished somewhere between tenth and 15th. But the end result is the same – they haven’t gone back down to the Championship.

There has still been some drama at Selhurst Park in that time. They came within ten minutes of winning the FA Cup, and have been through eight permanent managers. Current boss Patrick Vieira seems to have them on the right track.

QPR won the play-offs in 2014 in the most dramatic circumstances. Having gone down to ten men early in the second half, they hardly got out of their own box. That was until the 90th minute, when an error from Derby County captain Richard Keogh allowed Bobby Zamora to bag a last-gasp winner.

That was where the fun ended for the Rs. They finished bottom of the table in the following year, and haven’t finished higher than ninth since.

Nobody encapsulates the term ‘yo-yo club’ quite like Norwich City. In the last 12 years, they have been promoted to the Premier League four times, and been relegated to the Championship on four occasions.

Only one of these promotions came via the play-offs, when they beat Middlesbrough 2-0 with goals from Cameron Jerome and Nathan Redmond.

Their stint in the top tier lasted just one year, as they were relegated back down after finishing ninth. The Canaries spent three years in the Championship before returning, only to get demoted again. After winning the league title for the second time in three years, they suffered another relegation. Exhausting.

Out of the sides on this list, Hull City have fared the worst. Since their Wembley triumph over Sheffield Wednesday in 2016, it’s all been downhill.

The Tigers were relegated at the first attempt, ending the 2016/17 season in 18th place. They haven’t come anywhere near a return to the Premier League, failing to finish higher than 13th in the Championship. During that time, there was a brief stint in League One, having dropped in 2020.

They may have lost over the weekend, but Huddersfield Town have enjoyed their fair share of play-off joy. Their moment came in 2017, when they defeated Reading on penalties.

Their spell in the Premier League lasted two years. The Terriers avoided the drop fairly comfortably in their first campaign, but ended the following year in 20th.

Much like Norwich, Fulham have also started to gain a reputation as one of English football’s yo-yo clubs. This started around 2018, when they were promoted after they beat Aston Villa at Wembley thanks to Tom Cairney’s goal.

But it was a dismal campaign that followed. The Whites had the worst defence in the league by a mile, and were sent down with five games to go after a miserable 4-1 defeat against Watford.

Since then….well, more on that later.

A year on from their heartbreak against Fulham, Aston Villa managed to get themselves back in the big time. They beat Derby County 2-1, with Anwar El Ghazi and John McGinn scoring.

The Villans’ first season back in the Premier League was eventful, and they managed to stay up by just one point. The two since then have been slightly less dramatic, ending the campaigns in 11th and 14th respectively.

As I said, yo-yo club. Fulham came back within a year, beating local rivals Brentford 2-1 at Wembley with a brace from left-back Joe Bryan.

But again, the joy didn’t last long. They put up a bit more of a fight this time around, but were still unable to steer themselves to safety. However, they’ll have another go next year, as they got promoted again, this time winning the league title.

Brentford weren’t too disheartened by their near miss in 2020. They bounced back in style, defeating Swansea City 2-0 to claim a place in the top-flight for the first time in 74 years.

And the Bees enjoyed their debut Premier League campaign. They finished in 13th place, picking up memorable wins over Arsenal and Chelsea along the way.