Grading Liverpool: How did the players, manager, transfers & results stack up? 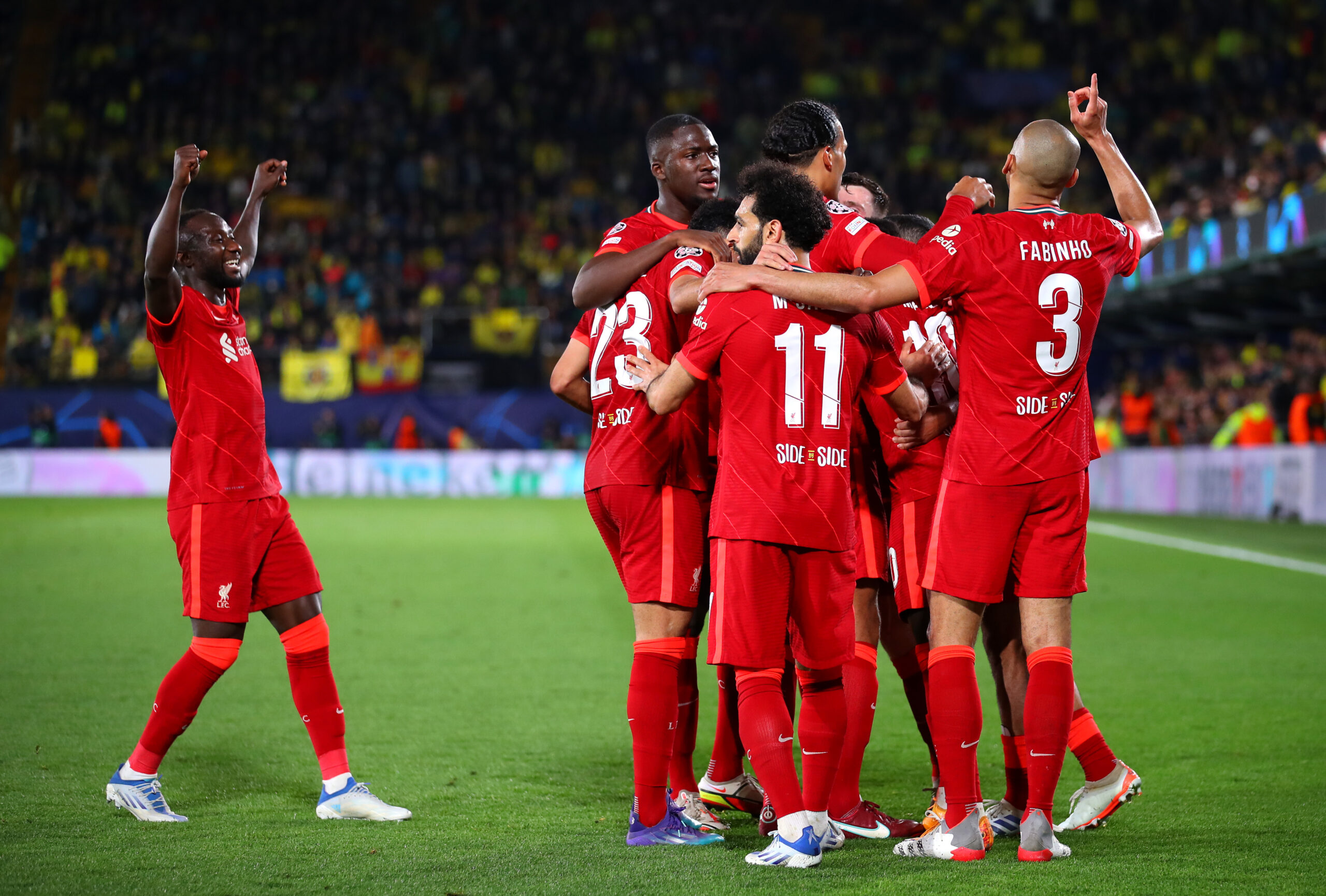 The 2020/21 campaign was a bit of a disappointment for Liverpool. They qualified for the Champions League on the final day of the season, but their title defence was underwhelming, and they failed to add any major trophies to their cabinet.

They entered the new season as a bit of a mystery, but soon set the tone with a series of impressive results. As the year went on, people started to believe that they could achieve something incredible.

By the end of it all, the Reds left with two trophies in their hands. At first glance, this looks like a highly successful season, but they leave with the frustration of knowing that it could have been more.

Here are our grades for Liverpool’s season.

Liverpool’s squad is without a doubt one of the strongest on the planet. They have arguably the world’s best goalkeeper, right-back, centre-back, left-back, right-winger, and left-winger, as well as top-class talent in midfield and attack.

This season, they didn’t disappoint. Mohamed Salah and Sadio Mane got themselves in contention for the Ballon d’Or, while the likes of Alisson, Trent Alexander-Arnold, Virgil van Dijk, Andy Robertson, and Thiago were among the Premier League’s finest in their position.

It’s difficult to point out a player who was underwhelming throughout the campaign. Perhaps the only criticism was failing to score in their three cup finals. Nonetheless, the players often performed to their best.

Jurgen Klopp has enjoyed another strong season at Liverpool, guiding them to two more major trophies.

From the 63 matches that the German has taken charge of in all competitions, the Reds have been victorious in 47 and lost just four. A record like this is not to be taken lightly.

However, the biggest blemish on Klopp’s record this year is how he fared in the bigger matches. Liverpool failed to win a league game against any of the top four, and were unable to score in any of their three finals. This is what prevents him from getting an A*.

But take nothing away from Liverpool and Klopp. To come so close to winning the quadruple is still very impressive.

Despite their long and eventful season, there aren’t that many results that stand out.

The games that Liverpool fans will remember best are the league fixtures against Manchester United. Their bitter rivals got the better of them for many years, but the tables have turned now. To humiliate them in both matches would have come as a real joy.

Additionally, their three trips to Wembley will also be remembered for the right reasons. They demolished Manchester City in the FA Cup semi-final, and defeated Chelsea in two finals.

However, the biggest game of their season was the Champions League final against Real Madrid. They lost 1-0, with Vinicius Junior scoring the winner. This defeat puts a real stain over their season.

The transfer windows were relatively quiet for the Merseyside club. Only two players were brought into the club, with no one too important leaving.

The signings were RB Leipzig’s Ibrahima Konate, and Colombian winger Luis Diaz. The former has looked very impressive at the back, while the latter has already broken into their starting XI with a number of fine displays. So far, these seem to have been excellent buys.

Out of the departures, perhaps Georginio Wijnaldum could have played some part. The Dutchman left for Paris Saint-Germain on a free transfer, with no replacement coming in.

Xherdan Shaqiri was sold to Lyon, and youngsters Harry Wilson and Taiwo Awoniyi also left for a profit. It is unlikely that any of these players would have got much game time.

92 points, both domestic trophies, and a Champions League final. If you had offered Liverpool fans this at the start of the season, most of them probably would have taken it. In this regard, they have exceeded expectations.

However, you can’t just look at this in isolation. Towards the end of the campaign, there was talk of a potential quadruple. Furthermore, they went into the clash with Real Madrid as favourites. From this position, to end the season with ‘only’ the domestic cups seems a bit disappointing.

Liverpool were in the top two in every single competition they entered. Expecting them to be any better than that is perhaps a bit harsh.

Klopp’s men have been fantastic throughout the season, and they are clearly one of the best sides in Europe. Winning two trophies is an achievement that they can be proud of.

If they weren’t competing with an incredible Man City side and a blinding Thibaut Courtois performance, they may have completed an unprecedented quadruple. But by the same token, they may have ended the season empty-handed with a little less luck in shootouts.

Liverpool fans can be proud of their team. However, the frustration of narrowly missing out on the Premier League and Champions League will continue to sting.

It’s a bit difficult to pinpoint exactly what they need, because they’re already so close to perfection. But what could help them earn that extra few points in a season?

If you were going to find one flaw in their side, it is the central midfield position. Fabinho and Thiago are both very good players, but both have had issues with fitness.

Meanwhile, the likes of Jordan Henderson, Naby Keita, James Milner, Alex Oxlade-Chamberlain, Curtis Jones, and Harvey Elliott are all fine squad players, but arguably aren’t good enough to be regular starters. A top quality central midfielder ought to be the priority for Liverpool in the transfer window.

In addition, it seems like Sadio Mane could be on his way out this summer. The Senegalese forward has been a crucial player for the Reds for many years, lining up anywhere across the front three. If he goes, finding an adequate replacement will be very difficult.