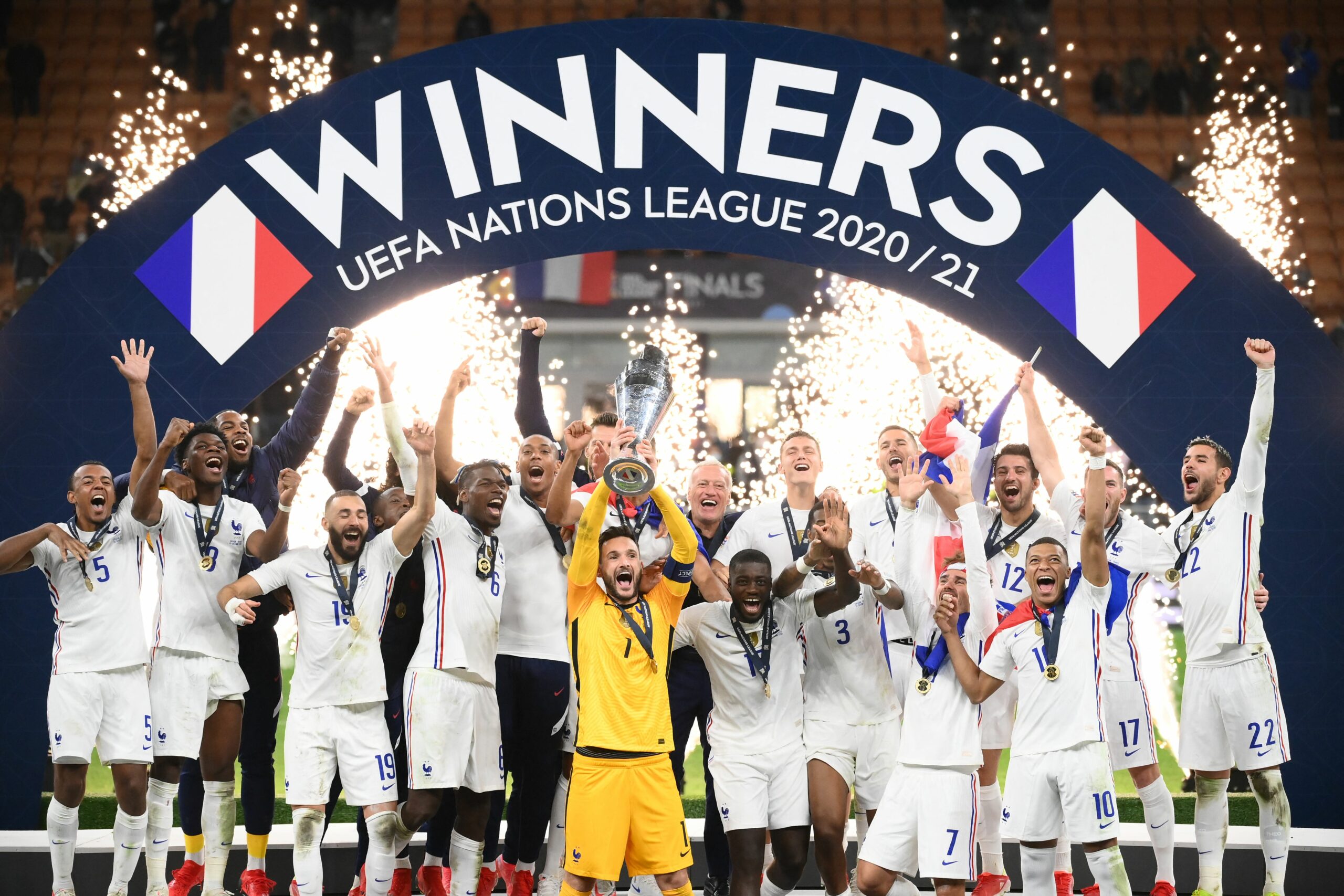 UEFA Nations League returns to action on June 1 as 55 European nations divided into four divisions based on their UEFA rankings battle it out for continental glory.

An exciting encounter between Robert Lewandowski’s Poland and Gareth Bale’s Wales on June 1 will serve to get the 2022/23 UEFA Nations League season underway.

From reigning world champions France to Euro 2020 winners Italy, Europe’s top-16 nations have an opportunity to qualify for Euro 2024 without bothering themselves in regular qualifiers.

Led by Manchester United superstar Cristiano Ronaldo, Portugal, who won the inaugural edition of the tournament in 2018/19, will be out to reclaim the prize from Les Bleus.

A biennial international competition will take centre stage on the football tv schedule in June.

Some of Europe’s finest sides see this tournament as a perfect warm-up for the upcoming World Cup finals as we take a look at the five most-exciting match-ups coming up next month.

Paired up with the Czech Republic and Switzerland in Group 2, two-time world champions Spain and Euro 2016 winners Portugal should fight for a place in the play-offs.

The first encounter between the Iberian neighbours will take place at the Estadio Benito Villamarin on June 2, with the rematch scheduled for June 27.

Both previous meetings between Spain and Portugal have ended goalless since an iconic 3-3 draw in the group stages of the 2018 World Cup in Russia.

Roberto Martinez’s star-studded squad faces one of their final chances to prove their continental credentials as they prepare to take on the high-flying Netherlands.

The first competitive Benelux derby since 1998 will see De Rode Duivels play host to Louis van Gaal’s resurgent side at the King Baudouin Stadium on June 3.

The latest chapter of a long-standing rivalry between Italy and Germany pits the former world and European champions against each other in a highly competitive Group 3.

With England and Hungary the two remaining tenants in this section, Gli Azzurri will be keen to ease the nation’s suffering when they take on the Germans at Renato Dall’Ara on June 4.

Italy’s fairytale under Roberto Mancini turned into a nightmare after they failed to qualify for the 2022 World Cup, less than two years since conquering Euro 2020.

England’s maiden Group 3 fixture away to Hungary should help them get in shape for their mouth-watering trip to meet Germany at Bayern Munich’s Allianz Arena on June 7.

Gareth Southgate’s men came agonisingly close to lifting the Euro 2020 trophy, only to lose to Italy in the grand final, yet they are confident of doing one better in Qatar later this year.

A blockbuster clash in Munich will be England’s first stern test in the warm-up campaign ahead of the World Cup finals.

Molineux Stadium should be sold out when the Three Lions welcome Italy for a revenge-poised UEFA Nations League showdown on June 11.

The scars of a heartbreaking penalty shoot-out defeat in the Wembley showpiece are still fresh as Harry Kane and his comrades look to avenge the Euro 2020 fiasco.

The Italians are still licking their wounds after a World Cup play-off collapse against North Macedonia, so England should be in a prime position to get their vengeance.