Tactical Analysis: Real Madrid came prepared with a proper tactical plan against Liverpool, so they did not need a comeback 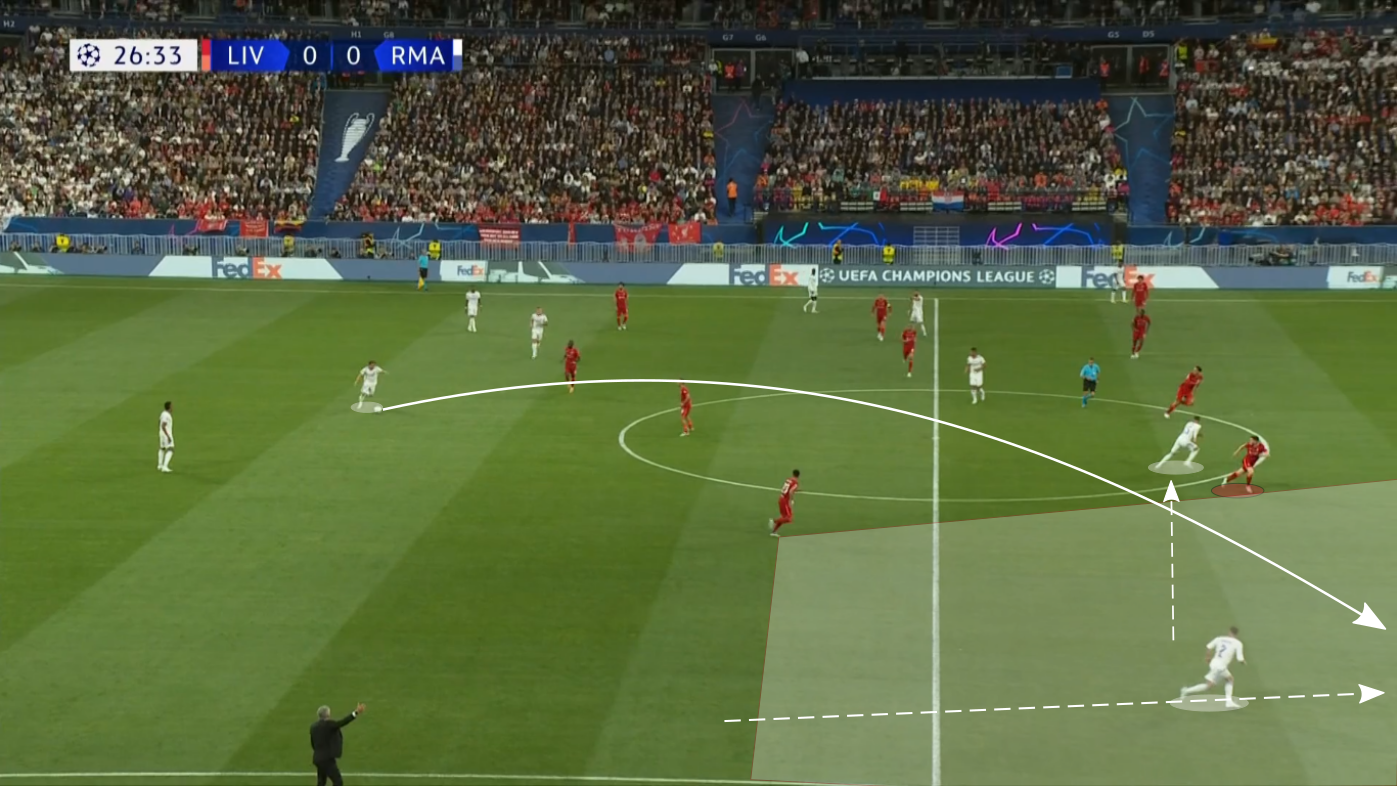 Against PSG, against Chelsea and against Manchester City, Real Madrid fell behind at some point and had to come back from behind late on, typically doing so very close to the end of matches when tired legs and minds made the game a more unorganised affair, after which they embraced the chaos. The final against Liverpool was an outlier in the sense that Carlo Ancelotti’s side were always in the game, and that is because they seemed to have a clear tactical plan to stifle Liverpool right from kick-off.

Both sides were able to name full-strength XIs, perhaps thanks to the half-hour delay to kick-off as Thiago seemed to be an injury doubt during the warm-up but ultimately started the match.

In each of their two-legged knockout ties leading up to the final, Real Madrid had less than 45% of possession overall as they looked to threaten in transition rather than through patient build-ups. That changed against Liverpool, though, as possession was more evenly split and the Spanish champions did not immediately send the ball upfield as quickly as possible from their defensive third.

Given the fact that Liverpool are one of the best high-pressing sides in the world if not the best high pressing side in the world, this decision may seem a little confusing at first, but there was a good reason behind this. Real Madrid were not exactly looking to play through Liverpool, they simply wanted to bait the press before sending the ball forward quickly.

In order to do so, Luka Modrić and especially Toni Kroos dropped deep close to the centre-backs, allowing the full-backs to push forward.

The two midfielders are renowned for the security they provide in possession, so they made sure that the ball was never given away cheaply in such dangerous areas, while also probing for gaps in Liverpool’s defensive shape.

These gaps mostly came in the wide areas. Liverpool’s wingers stayed forward to press while their full-backs had to watch the opposition wide attackers, so Dani Carvajal and Ferland Mendy found themselves in space quite often. The former was the most frequent target of long balls from the back as Federico Valverde’s narrow positioning meant there was a good deal of open space created on Real’s right wing.

Indeed, the decisive goal came after a move which began with Modrić dropping deep on the right and playing a forward pass to Carvajal. In that particular instance, Valverde had stayed wide, and he proved to be the difference-maker as he drove forward with the ball, got into the box and delivered a great ball across the face of goal for Vinícius Júnior to tap in.

While Real Madrid did have a clear tactical plan in possession that worked fairly well as it enabled them to exploit gaps in Liverpool’s defensive shape repeatedly, it would be a huge stretch to say that they were the better side. Their 4-5-1 defensive shape looked porous yet again and Liverpool certainly had a lot of chances to score.

To their credit, Real Madrid’s defenders held their own very individually as they were never beaten one-on-one and were also strong in the air. David Alaba was superb as he made seven tackles and interceptions. while Carvajal did a great job of keeping Luis Díaz quiet as he made four tackles.

Above all, though, it was Thibaut Courtois to the rescue for Real Madrid as the Belgian keeper recorded his best shot-stopping performance of the season based on the PSxG (Post-Shot Expected Goals) model, keeping out shots that would have been expected to yield 2.5 goals against the average goalkeeper.

Quite fittingly, Real Madrid emerged victorious against the odds in the Champions League final, just as they had done throughout the knockout rounds. Once it might be lucky, twice it might be coincidental, thrice it might be miraculous, but doing so four times in a row this season surely means that Los Blancos are doing something right that others are not.

Stats courtesy StatsBomb via Fbref, Opta via WhoScored and FotMob, and Twelve Football.