Roma owners ready to back Jose Mourinho in the summer 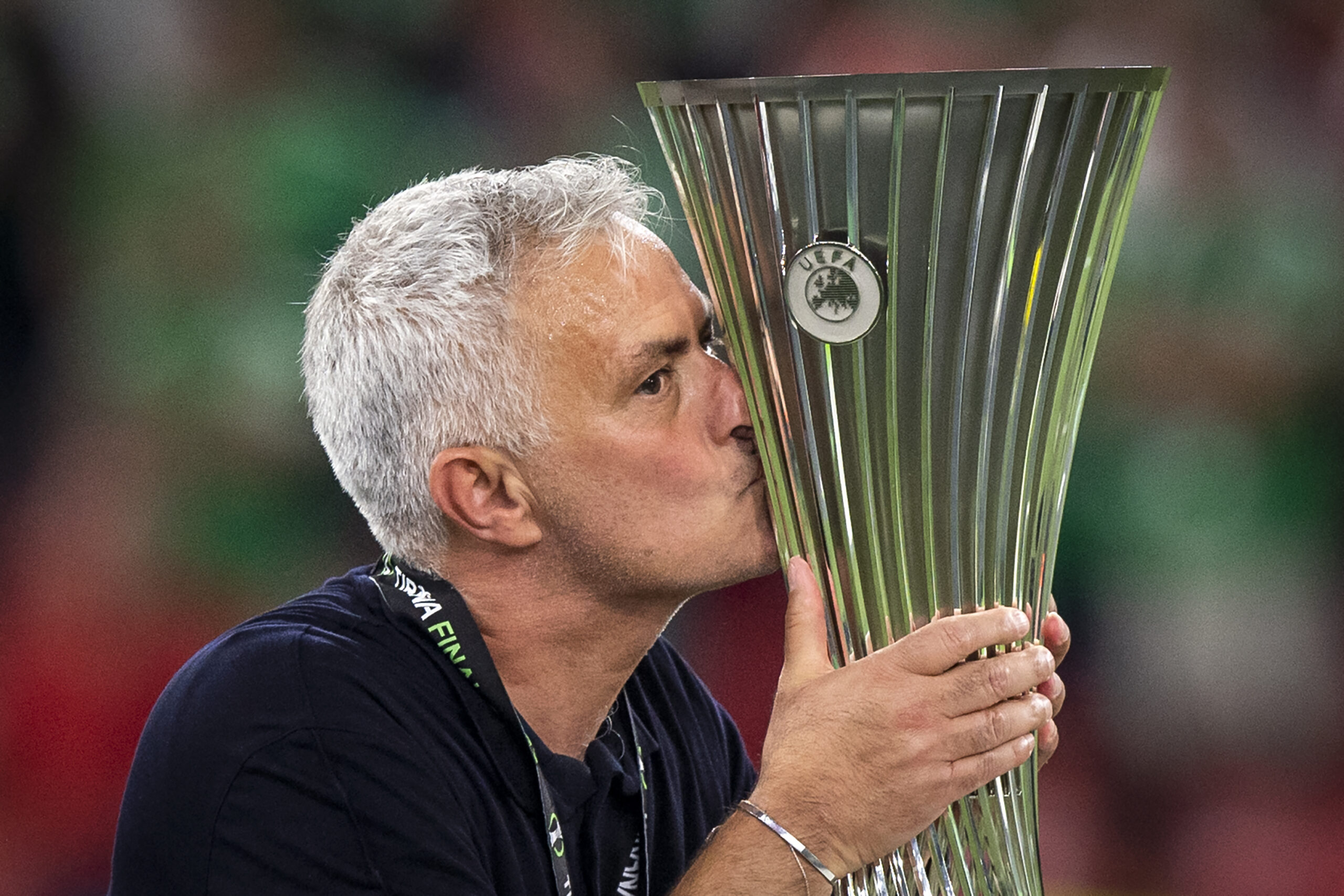 Jose Mourinho navigated Roma to Europa Conference League glory, helping the Serie A powerhouse to their first piece of silverware in 14 years.

For a club of Roma’s stature, it comes as a surprise that winning the maiden edition of Europe’s third-tier competition marked their first-ever continental success.

But the Giallorossi have the proven winner Mourinho to thank for celebrating a long-awaited trophy with a parade through the streets of Rome yesterday.

Roma’s gratitude could go beyond just worshiping the Special One, not that he has not deserved that, as the American owners now consider backing their title-winning manager with several high-profile signings.

The enthusiasm will subside, and Mourinho knows he needs to reinforce his squad if the Giallorossi are to challenge higher up the Serie A table next season.

Roma finished sixth in Serie A this season but battling AC Milan, Inter Milan, Juventus and Napoli for a top-four finish next term would require some changes.

According to La Reppublica, the Stadio Olimpico outfit will try to acquire at least one top-notch signing per role in the upcoming transfer window to close the gap on the top-four sides in Italy.

Mourinho’s prime intent is to go after free agents, with Nemanja Matic, Ivan Perisic and Federico Bernardeschi emerging as his potential targets.

While the former two could be well beyond reach, especially Perisic, who is negotiating his contract extension with Inter, Bernardeschi could be one of Roma’s first shots in the summer.

The 28-year-old has faltered at Juventus since his big-money arrival from Fiorentina in 2017 and will leave Turin as one of the club’s biggest flops in recent years.

However, Bernardeschi is a technically gifted winger with a devastating left foot, and there is a feeling he could thrive under the proper stewardship.

The Swiss midfielder was heavily linked with a switch to Rome last summer, but the deal fell through due to Roma’s inability to match the Gunners’ demands.

Things could change now, even though Xhaka has recovered his status as an irremovable starter under Mikel Arteta this term.

Valencia’s Goncalo Guedes is another name closely followed by Roma, yet his potential arrival will hinge on the future of Juventus’ target Nicolo Zaniolo.

The Portuguese forward has been a rare shining light in Jose Bordalas’ underachieving squad during this La Liga season.

However, another trophyless season, coupled with a chaotic situation at Mestalla, could make Guedes leave the club in the summer and Roma will be ready to pounce.

Last but not least, Feyenoord’s Marcos Senesi could be the final piece of the puzzle to turn Mourinho’s Roma into genuine top-four contenders in Serie A next season.

The Giallorossi had the chance to witness the Argentine’s defensive skills first-hand when Roma eked out a 1-0 triumph over the Dutch side in the Europa Conference League final.

Senesi’s impressive showings in Europe’s third-tier competition earned him a place in the team of the season and brought him under Roma’s radar.