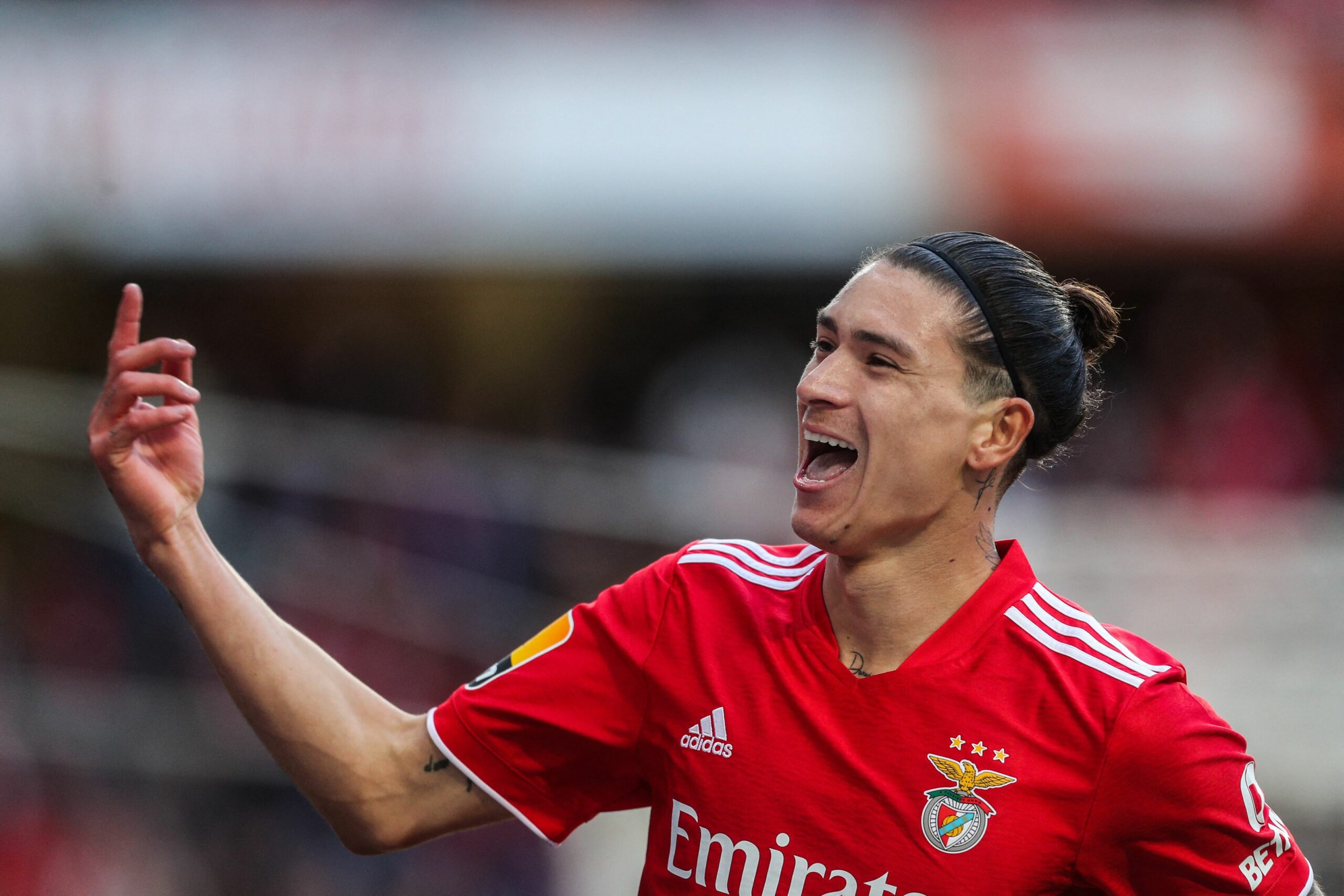 Benfica striker Darwin Nunez turns out to be one of the most sought-after players in Europe, with his name on the transfer books of top clubs.

The Uruguayan striker has seen his stock rise following a stellar 2021/22 season, bagging 34 goals in all competitions.

Nunez is more likely to leave Benfica this summer, with the Portuguese giants demanding around €80 million to part ways with their star striker.

Manchester United are among the clubs monitoring the 22-year-old as they are in the market for attacking reinforcements.

New manager Erik ten Hag is depleted with options at the front, with Edinson Cavani set to leave Old Trafford this summer, and Anthony Martial could follow suit due to an uncertain future.

Cristiano Ronaldo is expected to continue following the Dutch gaffer’s promising comments, however the Portuguese star is in the twilight of his career, and he needs support to replicate the impressive goalscoring form he enjoyed in the 2021/22 campaign.

Nunez has been identified as a top striker target, with a recent report from the Mirror also stating that the Red Devils have initiated contact with his representatives.

Reputed Italian journalist Fabrizio Romano, speaking on his Here We Go Podcast, has provided a massive update on the pursuit of Nunez, stating that the Uruguayan’s name has been discussed by the Red Devils.

Romano also added that Nunez is certain to leave Benfica in the summer, and he is keen on moving to the Premier League.

However, United have a stumbling block in their way as it was previously reported that Nunez aims to play in the Champions League, as the Red Devils will be not playing in the competition after finishing sixth in the Premier League.

United could also face competition from fellow rivals Chelsea for Nunez’s signing, as Thomas Tuchel’s side are battling for the Uruguayan international.

Man Utd have also identified RB Leipzig’s star forward Christopher Nkunku as one of the potential targets for the summer.