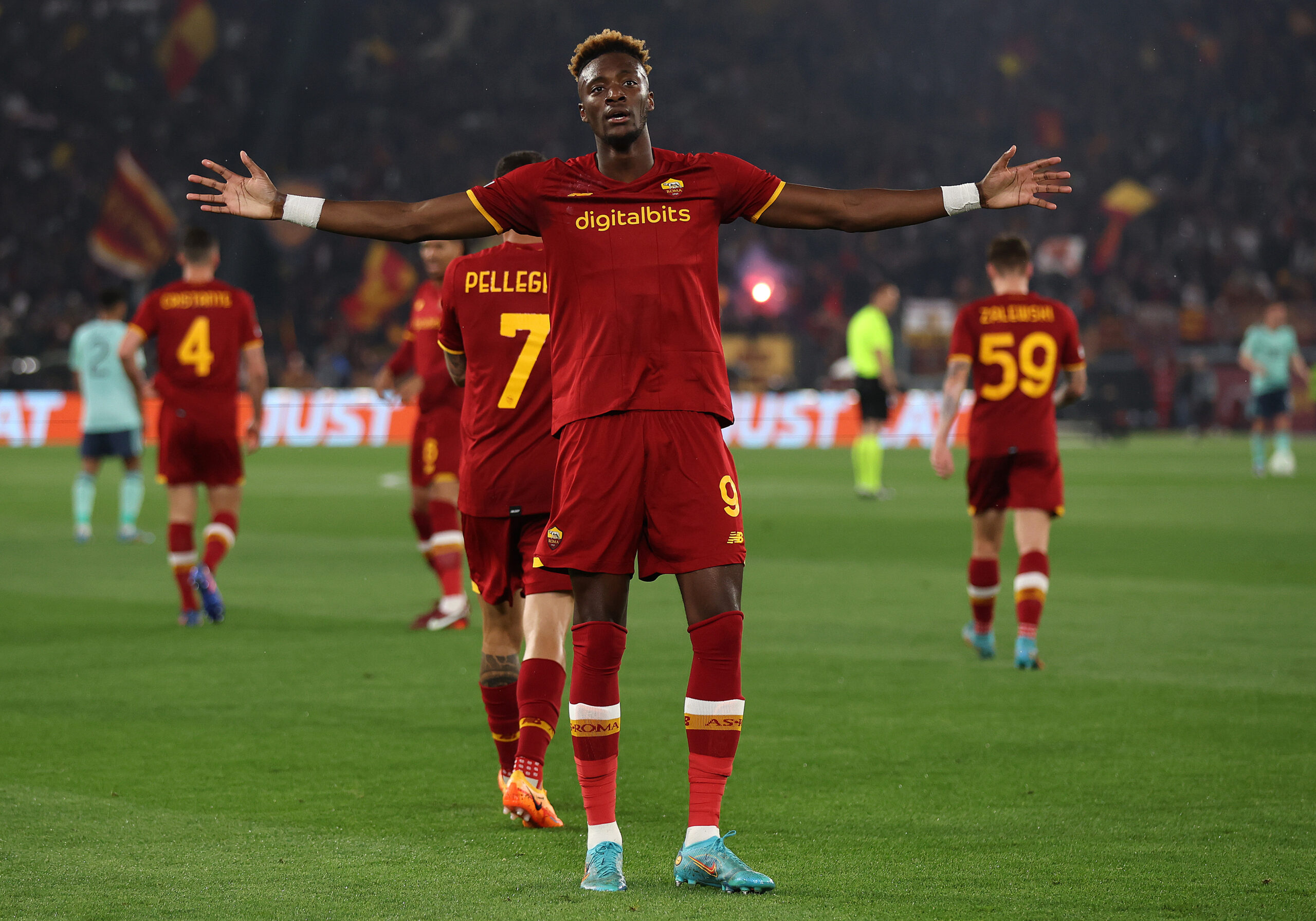 Roma forward Tammy Abraham has left the door open for a return to the Premier League, stating that ‘You never know what the future holds.’

The 24-year-old issued an update on his future ahead of Roma’s UEFA Europa Conference League final against Feyenoord on Wednesday which the Giallorossi won 1-0 courtesy of a Nicolo Zaniolo first-half strike.

“I would say I’m more than happy here,” Abraham said in a recent interview with BT Sport.

“Derby games of course are big, but here they filled the roads weeks before the game and that’s all they were talking about.

“Just the rivalry, the atmosphere in the stadium, just everything is incredible so I’m happy here.

“You never know what the future holds, you can’t write the future, but as far as it is I’m satisfied.”

Since leaving Chelsea in search of regular playing minutes, Abraham has hit the ground running at Roma, scoring 27 times in 53 games across all competitions and becoming the highest-scoring Englishman in a single Serie A campaign.

His form has seen him earn a recall to Gareth Southgate’s squad ahead of The Three Lions’ upcoming Nations League clashes against Hungary, Germany and Italy in June.

Unsurprisingly, he has also been linked with a move to Arsenal in the upcoming transfer window as the Gunners seek to bolster their attacking options ahead of the 2022-23 season.

Having built a fantastic connection with the fans during his short time in the Italian capital so far, Abraham has previously revealed his desire to remain with Jose Mourinho’s men and it would be surprising to see him leave.

However, the deal that took Abraham to the Stadio Olimpico included a £68million buy-back clause which becomes valid next summer and Chelsea could offer their academy graduate a route back to the top tier of English football.