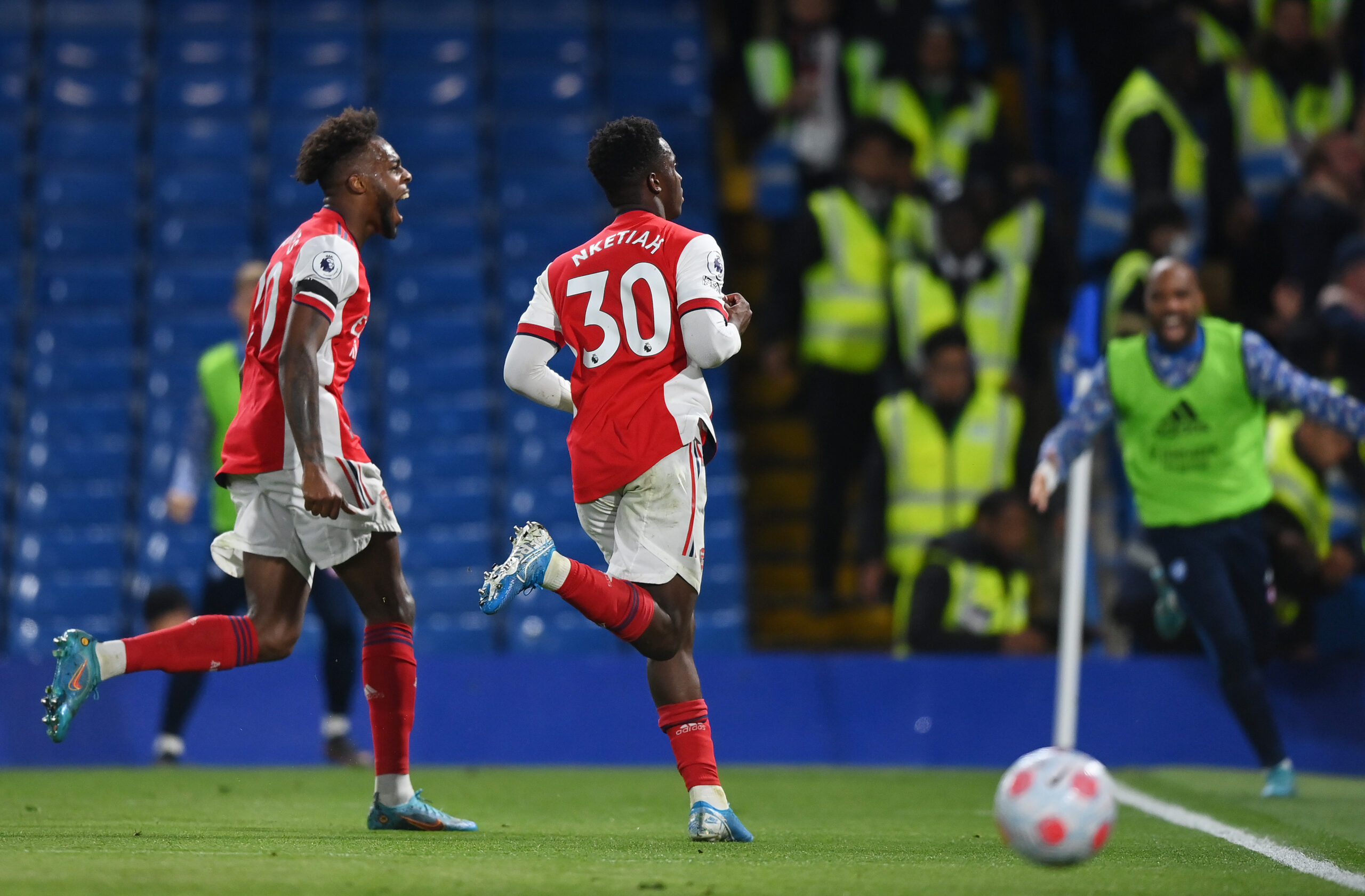 Arsenal striker Eddie Nketiah is set to sign a new contract at the club, according to The Athletic’s David Ornstein.

Having rejected previous contract extension offers, Nketiah was linked with a move away from the Emirates Stadium as a free agent with Crystal Palace and West Ham United reportedly keen on snapping him up.

Nketiah did not feature in a Premier League matchday squad until last November and did not make his first league start until April.

However, after scoring five goals in seven outings – including a double against Chelsea – to end the just-concluded campaign, the 22-year-old is now leaning towards extending his Arsenal stay.

This comes as no surprise as Nketiah had previously stated his desire to remain at Arsenal despite struggling for playing minutes.

“There have been offers of a new contract but at the moment my aim is to play football and play regularly,” Nketiah told The Beautiful Game podcast.

“That’s my ambition and that’s what I hope to do but at the same time I’m at Arsenal, I love Arsenal.

“What I can say is just that I love the club – I’m a childhood supporter as well, people need to remember this.

“It has always been my goal to be the number nine for Arsenal and that only.

“I think I’m good enough to do that and I’ve always been driven towards that.”

His new deal is expected to be up to five years, although there are still some issues to sort out before it can be finalised.

Nketiah is set to join Mohamed Elneny in penning a new deal as the latter put pen to paper on a one-year contract extension in North London.

With the Gunners thought to be losing both Nketiah and Alexandre Lacazette, Nketiah’s decision to stay is a welcome development for Mikel Arteta’s side as they now only need to bring in one new forward in the upcoming transfer window.